Converting to Mormons by XenoMadness 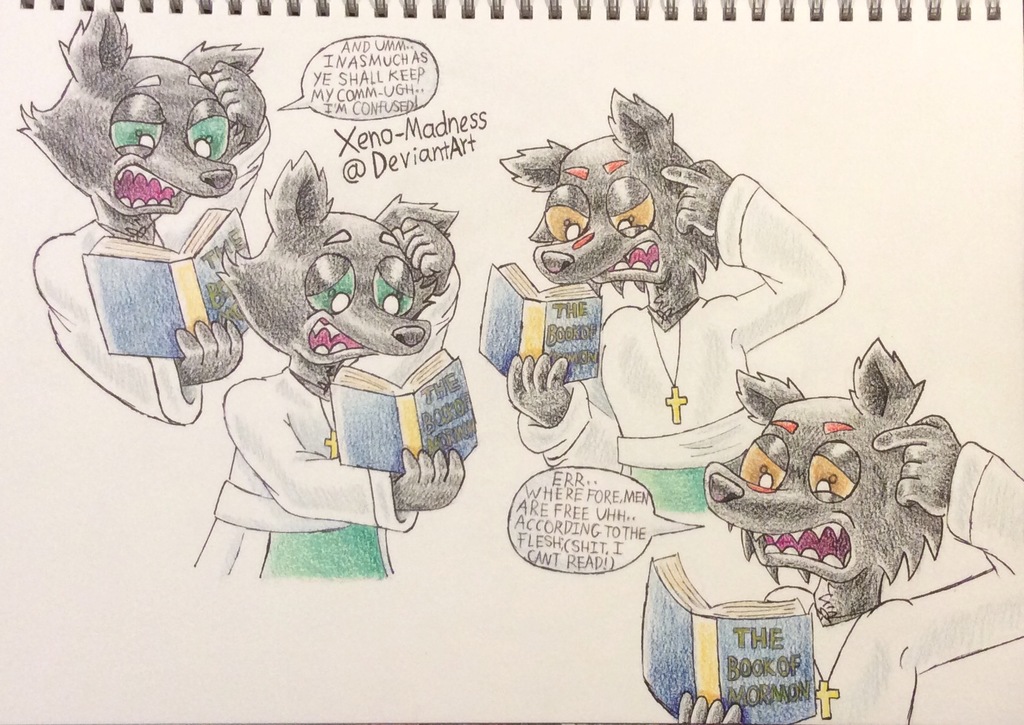 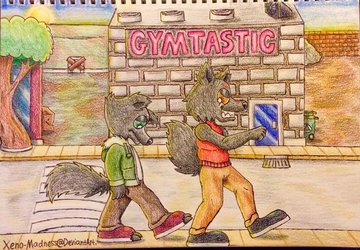 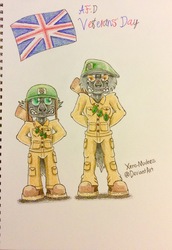 This was from a fun little idea I had if:
Luke and Rick's grandparents come over to visit their family, only for the ancient to discover their grandsons were not Mormons nor either their parents, the grandparents were strict Mormons at that too!
So they each give everyone in the family a The Book Of Mormon bible to read and learn about Christ himself. The wolf brothers, been clueless and baffled by how the book reads, cannot seem to understand a single thing on what their holy bible is telling them. Their grandparents are disappointed in them!

I did the sketch last month, later on colouring them in whilst doing a bit of research on the traditional Mormon robes and a bit from their bible. I was slightly inspired by South Park. SLIGHTLY! XD