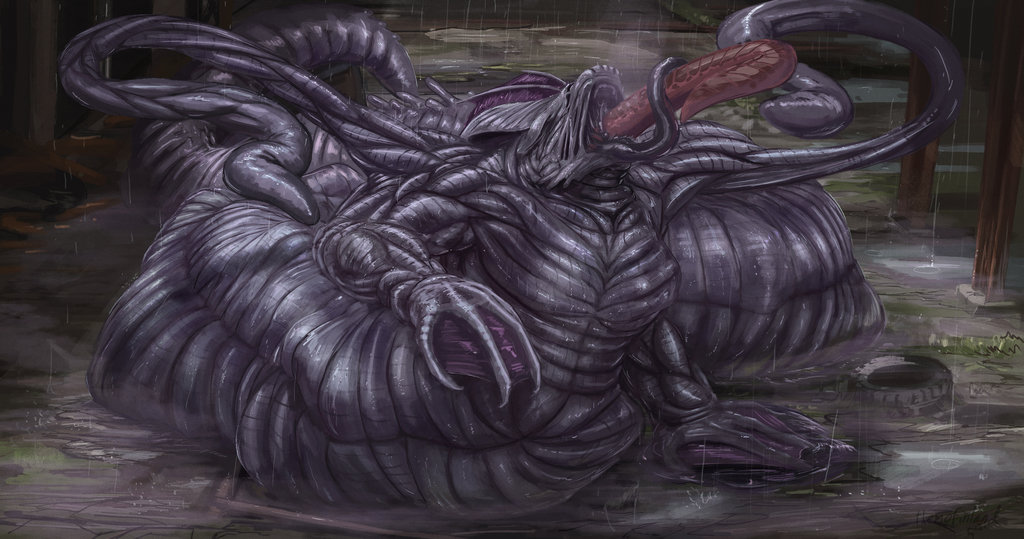 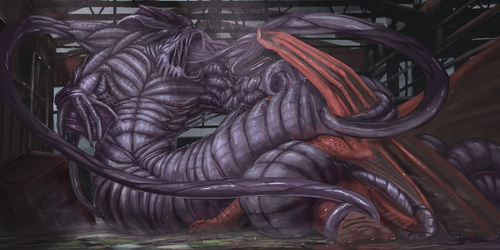 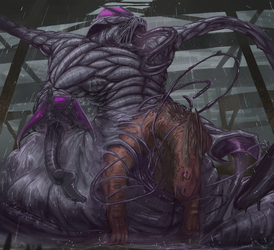 A captive of the amalgamate rarely has a chance for escape before irreversible damage has already been done. Struggle as one may the amalgamate cares little and will emotionlessly carry on its purpose.

"The naga continued to feed the dragon the infectious spores until it had no ability or will to struggle against it. The spores had rendered the dragon unable to respond when the naga began to reposition itself and the dragon, slightly loosening its coils around him. Despite this the dragon was still somewhat conscious even though the corruption caused by the spores was taking hold, but what little resistance the dragon still had mattered little to the naga that was preparing for something. The naga laid its upper body down onto the ground and extended its tongue to wrap around the dragons head. It then slowly stretched its maw to an unnatural size when it began to pull its prey inside, constricting its coils around the dragon to help it move the dragon towards it. The dragon would have normally panicked at this point when his head was inside the nagas goo filled maw, but the spores only made him more likely to comply than resist, as the dragon folded its wings around its body, aided by the nagas tentacles tightening around them. Despite the dragons size the maw of the naga stretched to fit its shoulders width, allowing the dragon to slide further inside it. The nagas body pulsed and constricted itself as its victim was pulled further and further in. Eventually it lifted its upper body to allow the rest of the dragon to slide inside it. leaving its coiled body deformed and bulging from the size of its victim."