Test of Wills by Taesolieroy 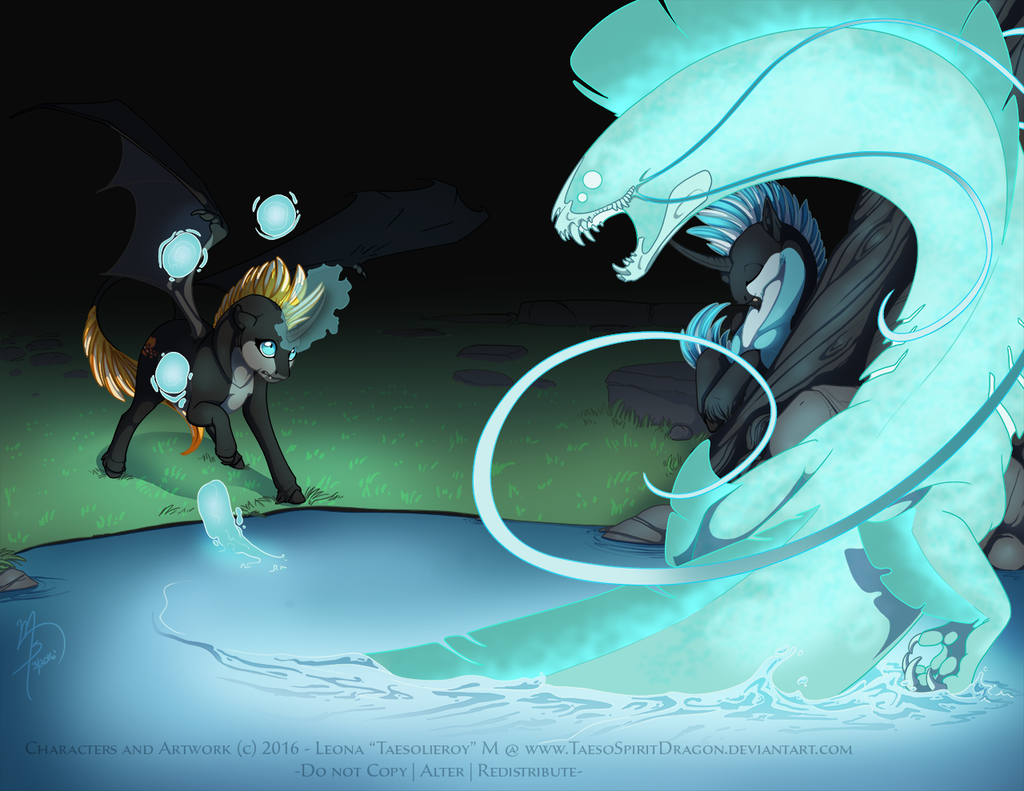 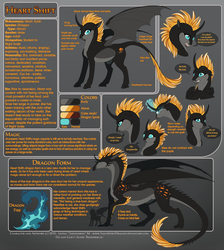 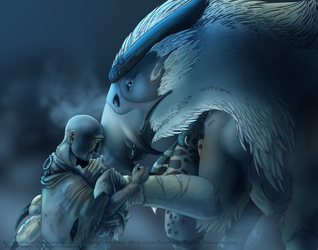 The pool glowed softly in the dark as its gentle eddies sent ripples across the ancient room, dancing among the boughs of the tree standing senteniel over the sacred space. At its roots, her mentor setled into a reclining stance upon a stone platform, his voice lacking the echo normally heard in underground chambers.

"The spirit dwelling here moved in long before I inherited this castle. Feeding steadily on the energy here has made it grow too large to be traditionally removed, and I already have a companion spirit."

"So you expect me to fight this thing, and tame it?" Heart shifted her eyes from the water to the older alicorn, who simply wore his patient smile.

"Yes, and in the process gaining not only a companion, but a training room. And, " he patted a nearby root with one hoof, "This tree would appreciate having its pool back."

"And how am I supposed to fight this thing?"

Night Scale looked to her with bemusement, "Well, first you need to get its attention." The glower shot at him went ignored, forcing the younger Draqqus to return her attention to the circling light beneath the surface. A nervous swallow, and with a slight spreading of her forelegs, was her only hesitation before Heart Shift sent an energy orb rocketing into the water. Ears flattened back as the light suddenly intensified.

With a gutteral hiss, the creature erupted from the formerly placid surface with its upper body arching like a great sea serpent. Pale eyes burned with beastial ferocity as the head swung to lock on the small equine standing on the shore before it. Bone-covered jaws snapped threateningly as it lifted its heavily-clawed forelimbs in preparation to strike. It appeared oblivious to Night Scale's presence, ethereal whiskers fanning out aggressively as his voice sang out over its crackling snarls.

"Remember your lessons on the properties of using spiritual energy as a tool."

"Yeah, not very helpful..." her voice shook as she drew forth several spheres of energy-charged water from the pool, eyes focused on the predatorial jaws gaping open above her. Her mentor's amused snort was almost lost in the din.

"You have all the tools and skills you need, now show me how you use them."

This came to mind as I was working on Heart Shift's ref. Kind of a, "What kind of inner story-related scene could I portray?" And, well, this resulted as a way of showing how Heart Shift gained her spirit partner. I wasn't entirely confident in being able to properly portray the chamber itself as it hadn't fully formed in my mind - hence the lazy use of gradient to fade things out. That and I wanted to show how an older alicorn Draqqus might go about teaching a younger one, since their species can only ascend to that status if their natural power is high enough to reach it with either training or sudden life-event. For their kind, suddenly gaining a horn and magic powers can be rather tramautic for a race of otherwise pegasus-type equines.

Night Scale's own companion spirit hasn't been designed yet, but it could be a possibility once I clear things up art-wise.

It's also kinda fun coming up with mini-stories to more dynamic illustrations.