The Dog of Red October by SpetsnazKaz 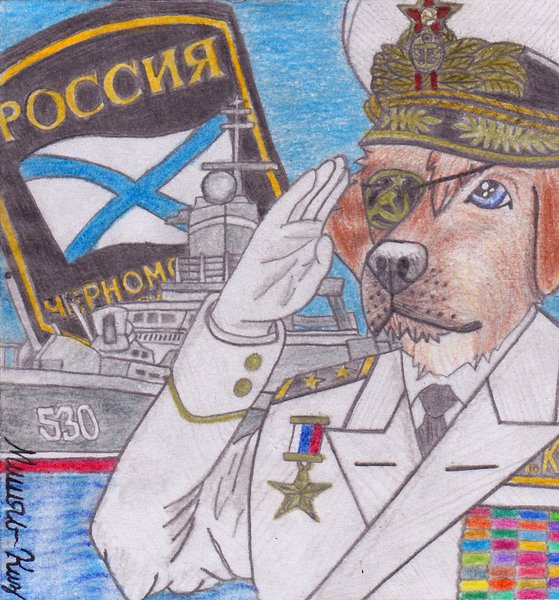 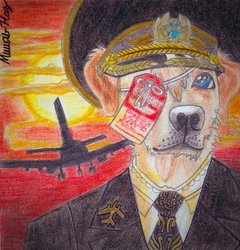 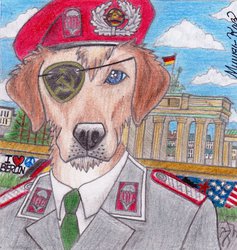 The Dog of Red October

Because I really wanted to make a naval-themed icon for reasons. ;P

"Beyond the great waves of the Black Sea lies a legend. One that has its roots deep in the old, industrial age of the Soviet Union, where towers of steel stood high and transformed the nation forever. A proud nation who's mighty fleet defines much of their history, taking its inspiration from the deep, naval roots of Peter the Great from far and long ago. Ships bearing our flag sailed the ocean blue, spanning the globe in search of new lands and conquests. The might of a nation is rooted within its sea power, to let our presence be known to friends and foes worldwide. Pray to the gods that St. Andrew's Flag is still flying today. Long live the mighty Russian fleet."

I've always wanted to make a naval-themed icon, so I did for reasons. Before you we see a confident Captain Kaz saluting a Steregushchy-class corvetteas it sails from the shipyard at Krasnodar Krai on the Black Sea. Behind the ship is a graphic of the Black Sea Fleet's official arm patch (Text: Россия - Черноморский Флот) bearing the design of Russia's (current and historical) naval jack. Yet ironically, he bears the hat badge of a Soviet captain with a modern Russian award pinned to his coat. Although non-canonical to his military service, he does admire the uniforms of the old Soviet Union and Russia, as he spends plenty of his time collecting them. He was never anything beyond a Staff Seargant in the Navy, which is why he loves this uniform so much. Also, the eyepatch makes him look more like a pirate, hehe. :meow:

Kind of a subtle tribute to that movie "The Hunt For Red October," huh? :salute:
Mishya Kaz © SpetsnazKaz