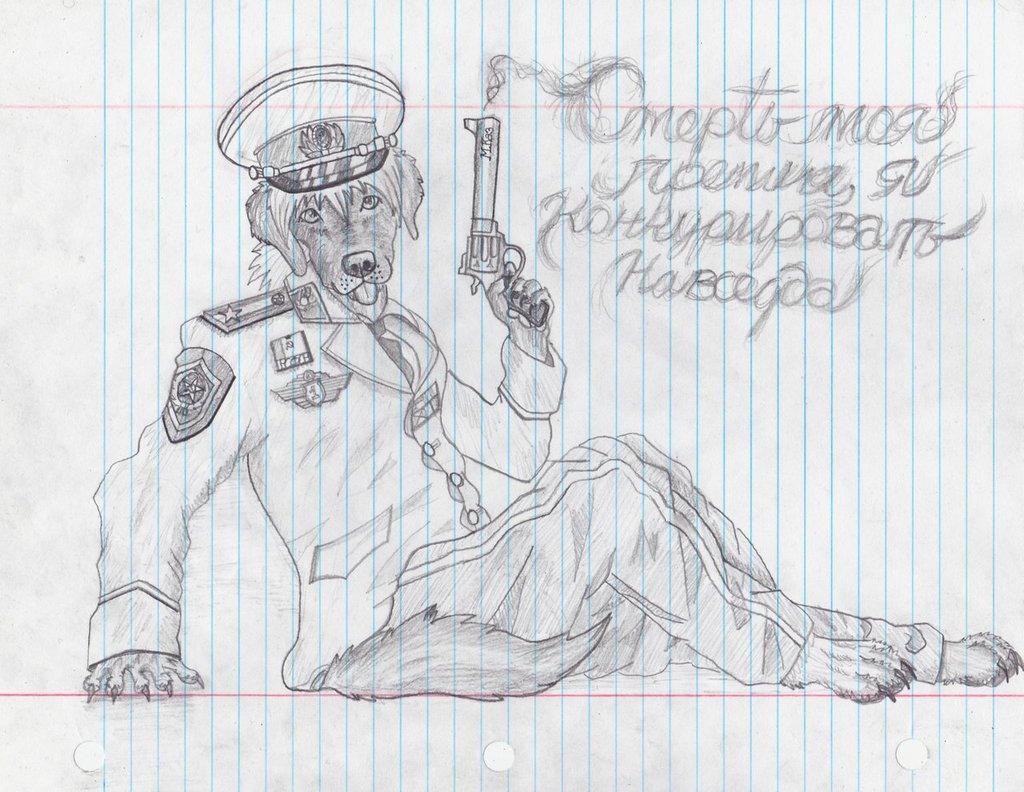 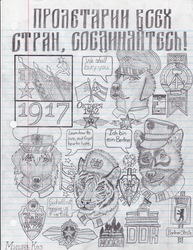 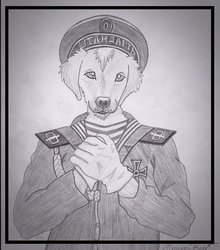 [Refined] classroom sketch of Mishya's psychotic hypocrite sister, Valentina Krasnodon wielding a smuggled S&W 646 revolver. One of my better notebook sketches as I nailed the anatomy pretty well for her. Hope to make a colored version pretty soon (since this one is so good). ;P

Nobody will ever understand why I hated them. I could tell you everything about my experiences; not gonna be a pretty story. The streets [of Gorky] were always quiet, as if the city were on mute. Nobody spoke that much and the cars made very little noise. I walked these streets plenty of times to know that this isn't normal. My position was tedious, as I carried around this handbook of laws that were meant to be enforced. I'll tell you, it is the most absurd thing I've ever read; no wonder the people are afraid to speak. And there my fellow officers were arresting the local folk for victimless crimes. The politicians who made the laws couldn't care less. Sadly, I am a sheep being governed by wolves. I say fuck them, this government, and this country. Why should I enforce these shitty laws only to see people get shitty consequences? For what I heard, if the people wanted to be free, I say I free them from their captors. At night, I would seek the blood of a nearby militiamen or any top ranking official strolling carelessly in their own little zone of hatred... and I'd pull them back into the alleyway and hit the trigger. Nobody could hear them scream from the shadows as I done my doing and liberated myself from this pain... there wasn't a better feeling to be had. A scarlet plume flowed from a wide hole in their heads as their body lay restless in secluded corners of the city... I would seek a proper grave for them in the least suspected of places. Tomorrow is another day and I plan to bring this country to its knees.

Text written in [Cyrillic] smoke: Cмерть моя премия, я конкурировать навсегда (Death is my prize, as I may compete forever)

Be very afraid, she doesn't fuck around. :noes: