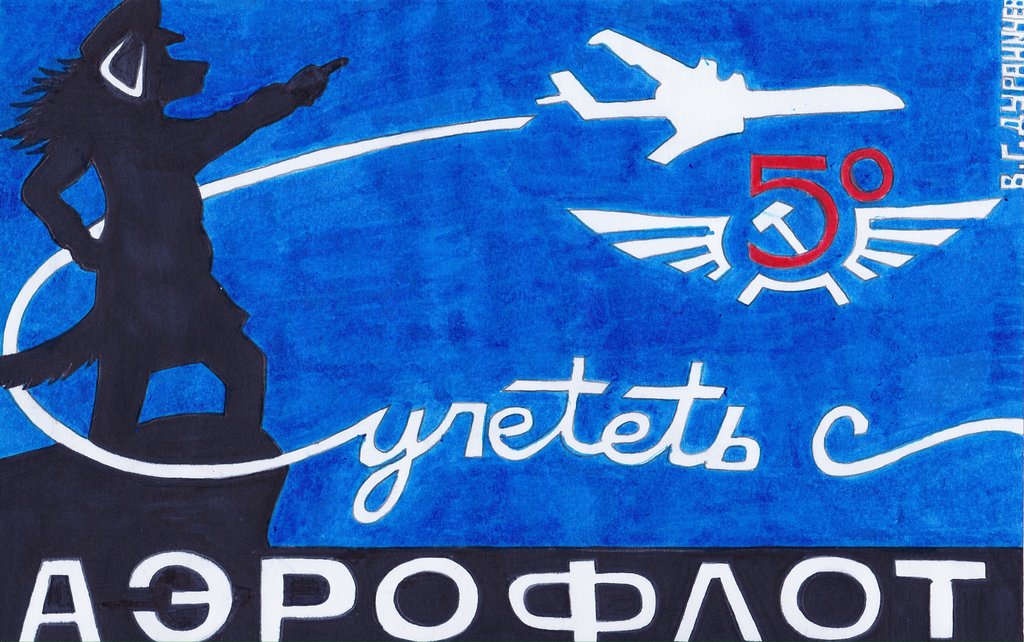 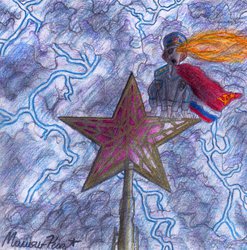 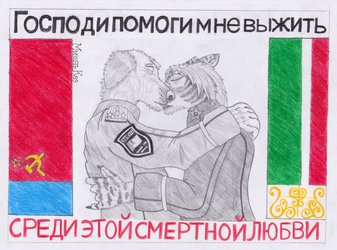 ♬ Come fly with me, let's fly, let's fly away
If you can use some exotic booze
There's a bar in far Bombay
Come on fly with me, we'll float down in the blue

Fly with me, float down to Peru
In llama land there's a one-man band
And he'll toot his flute for you
Fly with me, we'll take off in the blue

Weather-wise it's such a cool, cool day
You just say those words we'll whip those birds down to Acapulco Bay
It is perfect for a flying honeymoon, they do say
Come on and fly with me, let's fly, let's fly away ♬

Somewhat of a parody/throwback to a vintage Aeroflot advertisement in Soviet times. The shadow is of Larissa pointing to the sky at what appears to be a Tupolev-114 passenger jet. I'm parodying the design on this lapel pin in case you were wondering.

Fun fact: Aeroflot was founded in 1923 in Soviet times, whereas you see a big 50th anniversary logo on the side. So this ad would've been dated 1973, exactly 50 years from its founding. And I liked how the 5 looks like the sickle in the logo, so I kept it, inspired by this design. As of last year, Aeroflot reached its 90th anniversary.

Would've looked better in digital media or markers; miraculously, I made this with some old pencils I had laying around the house.