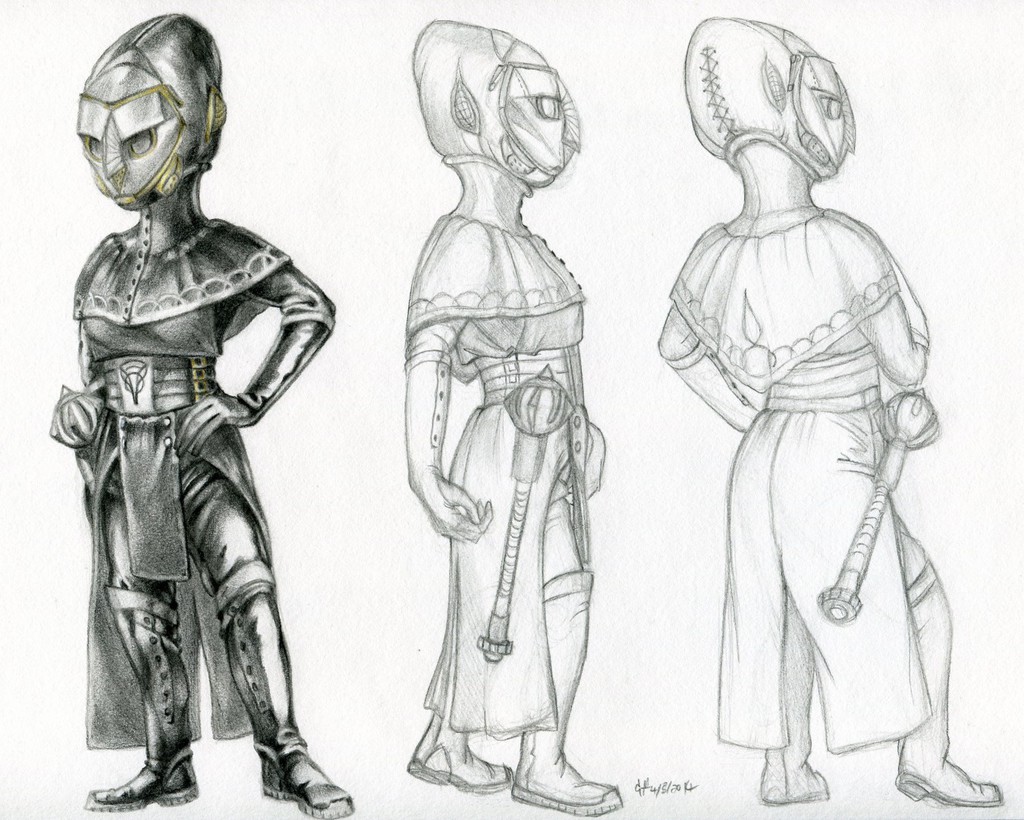 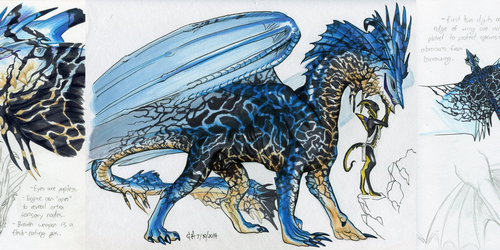 You have no idea how much I've wanted to submit this the past several months but didn't. I kept telling myself I needed to compile a proper reference of Leta entirely before I submit it but due to being swept up in other projects, my trip and other things, I haven't gotten to do more images of her. But dammit I made sure to pin down how her armor and mask looks.

A bit of background on her and the organization that she is one of the leaders of:
~~56 years ago, a conflict arose from a decade of simmering politics between two kingdoms in the continent of Ciedan: the protectorate of Savyan and the much smaller adjoining kingdom of Firsk. One of the political leaders of the latter country, a Baron named Sir Arndeir, proposed a most dire solution to winning the war that they otherwise did not have the numbers or resources to manage: alchemical warfare.
~~Leta, who had just finished becoming fully recognized as a doctor of the Surgeon's Guild, was one of the individuals contacted by the ruling council of Firsk to help develop a small but skilled force of doctors, alchemists and other talented individuals to create these unusual weapons of war. Seeing a life opportunity for her the ambitious gnome took the job straight away, becoming the genius behind their weaponry and distinctive breathing masks.
~~This conflict lasted for three agonizing years, eventually going down in history as the Torn Wars, as the violence from either side coupled with the Black Doctor's alchemical and plague weaponry made the countryside a scarred and dangerous mess and decimated Savyan's southern population. Eventually there was a truce, as it became clear to Savyan's liege, King Ordenue, that the Doctors were far too adaptable for his troops to devise any kind of work around from their frightening chemical weapons.
~~More political chaos ensued, but this time it was centered around the the Black Doctors. Neither side knew just how to properly deal with or integrate a group such as them, as their reputation had created an air of fear, distrust and trepidation for them. As a gesture of good faith, Leta and the other two leaders offered to help cleanse the countryside and heal the populace from their own supernatural plagues. What ended up happening however, was that after they had reversed some of the aftermath, eventually the group in their entirety was simply let go, shunned and left up to their own devices.
~~The Doctors continue to live on as a group, head by the three original leaders. They have various clinics and HQs around Alteir that specialize in combating unusual maladies, curses, pandemics and supernatural plagues, as well as continuing to hone and develop new and inventive ways to use alchemy and disease, both as medicine and as a weapon.

I went through a fair bit of iterations and arrangements before I settled on this final design (perhaps I'll upload those steps with some kind of sketch compilation, I don't know). Her armor with her mask closed and secure, creates a chemical seal against any kind of airborne pathogens, poison and harsh weather conditions. The leather is also strengthened with magic and alchemy, affording her a great amount of protection; it's even ensorcelled with a spell that prevents her from dying through blood loss. Her mask is so fancy and complex I'm saving explaining that for another submission.

Done on heavyweight sketch paper with graphite and a touch of colored pencil. 9''x12'' Character, concept and the setting she resides in are the intellectual property of myself.