Inktober #10: The Glaive by Sparkyopteryx 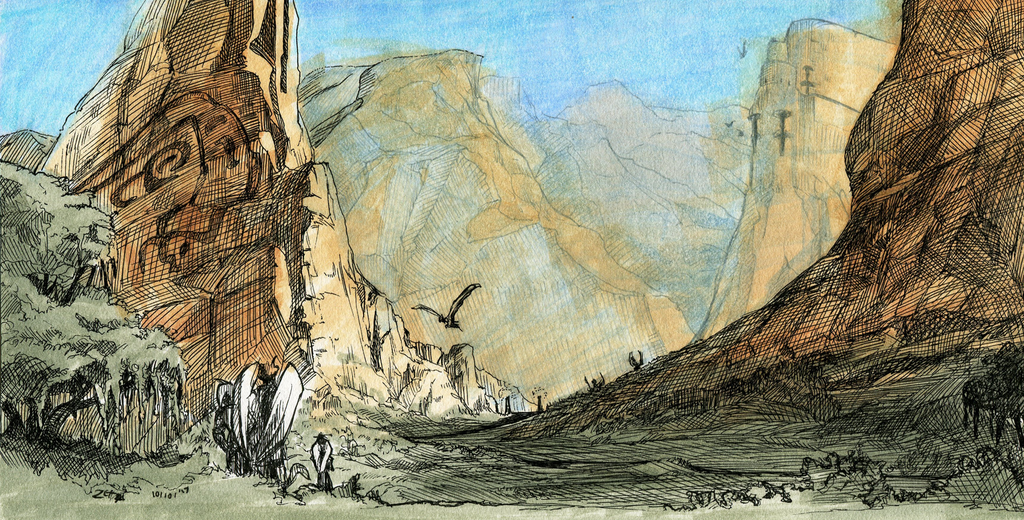 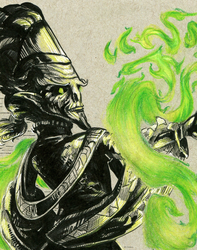 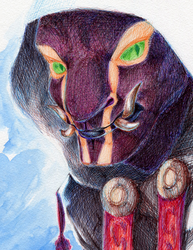 The wedge-shaped fortified wall that serves as the main entrance to the Orisha L'tahr city-state is colloquially known as “The Glaive” by travelers and locals, after its sharp and dramatic shape as well as a weapon favored by the L'tahr race.

Behind this wall the cliffs plunge downward and open up into a huge crater with a lake in the center. Much of the large city-state is carved out of the sheer walls of the crater. The Orisha are somewhat xenophobic and suspicious, a trait unusual in L'tahr but they still maintain trade deals with other races and settlements all over the region. Their customs and caravan inspectors are infamous for being stern, rigid and humorless.

The mountains outside The Glaive still bear ancient carvings, a relic of the Orisha’s tribalistic past when they first settled there.