I’m an Australian furry who lives in the state of New South Wales in the town of Katoomba. I’m 34 years old and have lived in Katoomba most of my life. Katoomba is a small tourist town in the Blue Mountains located west of Sydney.

To describe my personality I would say I’m a shy, introverted person. I'm really chill and quiet most of the time. It takes a while for me to open up to new people.

I enjoy eating out, chilling at a cafe on the internet and seeing the sights. I love to eat Asian, Italian and Indian cuisine. I always like to drink coffee. I'm a non-smoker but I do enjoy a drink occasionally. When I do drink I enjoy cocktails such as Espresso Martini's, Beer and Red Wine.

As far as spirituality goes I am an atheist. My political beliefs fall to the left of the centre on the political compass. I have worked for Dan Murphy's as a customer assistant. I am currently a carer for my schizophrenic, diabetic father Graeme.

The furry fandom is such a positive influence on my life. I attended my first furry convention Furry Down Under in 2016. I enjoy travelling around Australia going to different furry events. I’ve met great people and I’m meeting more positive people with each event I attend. I’ve been to ConFurgence, FurDU and NeonFur. Now, I'm getting into fursuiting.

If you like photos of fursuits you're in the right place. I love to photograph fursuiters at the meets and conventions I attend. I have a good mix of different photos and my collection is expanding all the time. If you find yourself in one of my photos you are free to repost as long as you give me credit as the photographer.

I have some artwork that I've commissioned from many different artists. Most of their work features Silver Sheep and Braxton.

I occasionally write short stories. These tend to be furry homosexual-themed erotica and they are pretty out there too. It’s just a bit of self-expression for fun. An expression of my sexuality, take it or leave it.

Send me a tip to help keep a sheep caffeinated.
Buy me a coffee.

I have two fursuits. Braxton, my fox is my first suit. He was made by Eastern Dragon Studios. Silver Sheep is my second fursuit who was made by Hunni Bear.

Silver Sheep is based on the sheep in the Wicked! story series by Paul Jennings and Morris Gleitzman. I read Wicked as a teen and the cover art for the third book in the series I thought was very cool. The story of the steel sheep was something that fascinated me.

Silver Sheep is an anthro Suffolk sheep. He has the ability to turn his fleece into steel wool like that of a steel wool scourer. Silver Sheep lives and works in a Communist dictatorship with other anthro Sheep. He works as a Zoid pilot. Zoids are large robot animals from the anime of the same name.

Sheep have a collective nature so I thought of what a society of anthropomorphic sheep would be like. It would be a communist nation or something along the lines of the Japanese philosophy of valuing the group over the individual. A communist dictatorship setting offers great artistic ideas and also fits in with a militaristic pilot of animal robots so I went with that.

Most recent: There's a Mare in There By Pingu 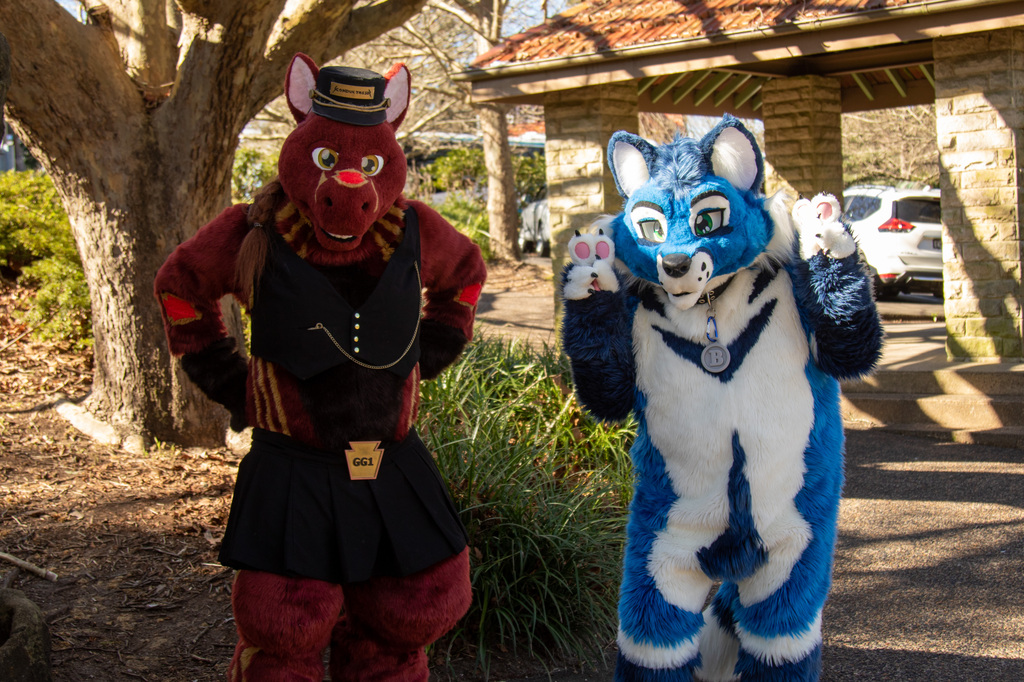 To My Fellow Extremists

With the current crackdown on the LGBT+ community in Russia, it pays to be safe online. If you have any real-life identifying information on Russian furries it's best to delete it or at least keep it under wraps. It's a clear and present danger to LGBT+ individuals who live in Russia or countries under their influence. The security services will be trying to find the real identity of Russian furs and put them on some propaganda list to target them with hate. You have to be careful with this information because things are getting worse and not better for LGBT+ folks in Russia.

Here's a link to an article where furries are being called an extremist ideology: