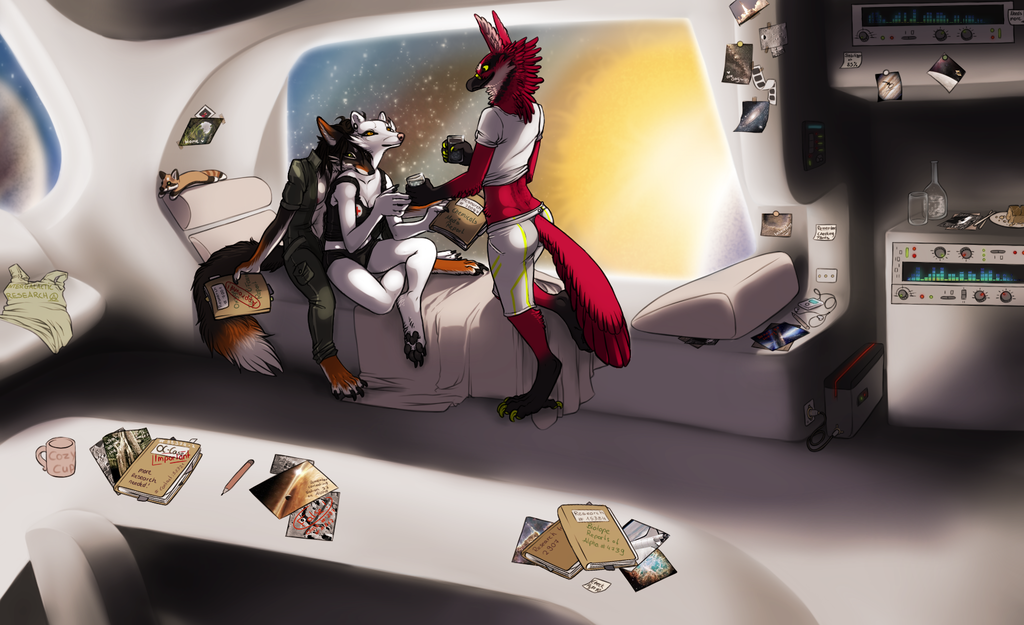 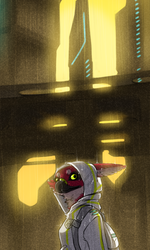 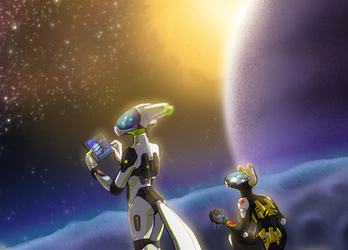 So it seems V-K found some qualified workers for her mission, in the city she last visited.
After a talk in a restaurant near the marketplace in the city, with the two female canine workers,
V-K decided that they are qualified enought for the job she had in mind for them,
that she took them on board her Ship.

She showed them where they would sleep, and the other rooms that they are allowed in the time
they would work with V-K. The two canines adapted really quick to the new situation and arranged
their stuff in the room they'd got given. After that V-K called them in for the Instructions. Handing them the necessaiy
files and information they would need for the mission. They had not much time left to gather the samples needed for the organisation.

With a refreshing glass of water, they started to discuss which steps they should take [next]...

This pece features the character of

G11
And my fursona Shiko the coyote