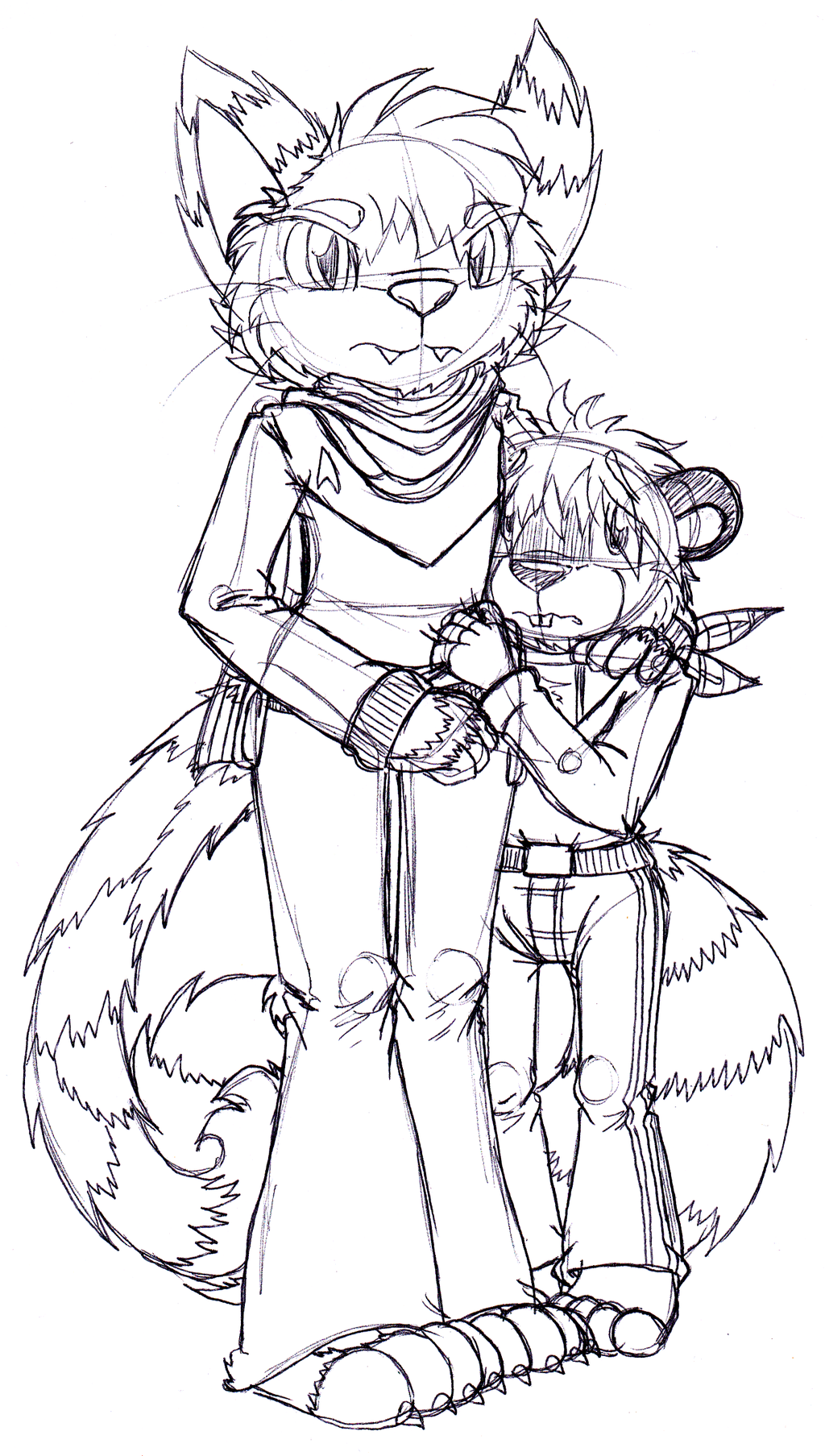 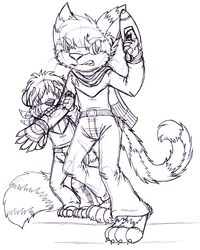 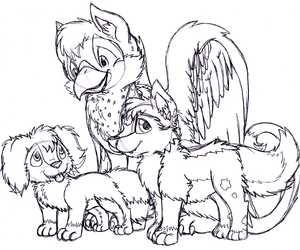 Mailanne clasped her hands in front of her face, studying the Caitian boy that stood before her desk intensely. When Connor got worked up like this, he fought fang and claw for what he believed in. She quietly agreed with his refusal to let the Nobility of the System anywhere near the young child they had rescued some weeks prior, but the Diomedians had made their point perfectly clear to the Federation: hand over the boy or be shot to oblivion trying to defend him. With the Tacitus Family removed from power, Mailanne and most of the Admiralty had believed that to be the end of the power play between the two systems, but with Summerlad's survival, the Diomedians were less than pleased. In fact they were downright furious that the child of the last nobleman had survived the onslaught.

"Lieutenant Laodegan" Mailanne's voice was firm, but the Caitian boy could hear the trepidation behind it. "Whilst I understand that you want to protect him as his friend and brother, the Diomedian System is not to be trifled with. They incapacitated and threatened to destroy the Malone's entire crew when they were sent to negotiate Summerlad's removal from the Tacitus nobility. I can't say I agree with risking your life in this matter as well."

"You will address me as Captain whilst you serve on my ship, Lieutenant."

Connor cringed, his ears pulling back as they usually did when Mailanne bore down on him using her proper rank and file.

"Captain," he took great care not to say the word with disgust, as he was prone to when he was angry. "I'm not turning Sun over to the Diomedians! They'll finish him off in the same way they did his whole family aboard that colony ship!"

"I'm not risking my ship and my crew for your crusade attempt, Lieutenant."

Mailanne let out a growl and stood up. "You are my younger brother and my lieutenant. You are part of my crew and my ship! You are my responsibility, goddamnit!"

"Then Sun falls under your protection and responsibility too, Captain! Or is that as selective as you're making it out to be?!"

Mailanne was sure she was projecting her emotions on every stellar plane with the rage she felt coursing through her veins. Curse Dad's Betazoid genetics, she thought, and curse Connor for being so woefully astute! The door chime alerted them both to a much-needed interruption and possible diffusion of the volatile situation unfolding. Keeping her eyes fixated on the unrepentant Caitian she called her younger sibling, she called out a reply for them to enter.

Her First Officer, Benton Vailar, a fellow Betazoid, stepped inside the room, clearing his throat. "Pardon the intrusion, Captain Laodegan, but your emotions are running a bit uncontrolled right now-"

"Thank you, Number One, it's not like I haven't noticed!" Mailanne's sardonic reply retorted.

"-and it's pushing the emotional bar a little too high for our young guest," Benton stressed quietly.

Mailanne blinked at this, her eyes flickering from Connor to Benton's, before a blur of red and tan reached her younger brother's side, burying himself in Connor's now-worried embrace. Silence fettered into the ready room, punctuated by Mailanne's calming breaths and quiet observations as she took in the sight before her. Connor was right in many ways but so was she in her desperate bid to keep her crew safe from harm. She lowered herself back down into her chair and leant back, considering her limited options and glancing up occasionally at Benton, who simply waited for her to come to a conclusion. Her eyes went from her Commander to her younger brother's, whose attention was diverted well away from her. Summerlad clung to Connor, shivering even though her ready room was warm.

Turn over a frightened child to a people who wanted him dead, or drag Starfleet Command into a civil war with a system they knew precious little about. Hell of a pair of options, and neither one was acceptable to her.

Connor's eyes moved from Summerlad's trembling form in his arms to hers, straightening his back and looking at her as his authority, waiting for her decision. Benton offered little in the way of any sympathy except for a polite nod, also waiting for her orders. She stood up, somewhat abruptly as it caused Summerlad to clutch at her brother's uniform front out of fear. Connor put his arm around his shoulder, his hand squeezing it gently.

"What are your orders, Captain?" Connor asked, keeping his voice as neutral as he possibly could - with Sun in the same room, the last thing he wanted to display in front of the scared kid was anger.

Mailanne looked back up towards Benton, before her gaze met Connor's.

"I can't agree with dragging Starfleet Command into a position of civil war with the Diomedians, let alone let you face off with them as Summerlad's protector..."

"But...I also cannot agree on allowing them to murder an innocent child for the sake of a political power shift," Mailanne continued. "This ship and its crew are under my command and my protection, and that safely extends towards Summerlad as well. I don't know how Command or the Admiralty will respond to the decision to allow you to preside as his official guardian in the face of this mess, your life and mine are going to change drastically, Lieutenant, and I won't be able to stop it from doing so this time-"

"-so until we return to Starbase 133 and put this forward to Starfleet Command and the Admiralty, I'm remanding Summerlad to your care, and official guardianship, Lieutenant. Keep him safe and out of danger."

The tension seemed to melt right off of Connor's shoulders at this declaration. "Thank you, Captain Laodegan."

Under any other circumstances, she and Benton would have found their reactions adorable. But in a situation such as theirs, it was anything but.

I hope to whatever gods are out there that this doesn't go as south as I think it will when the Admirals find out about it, Mailanne throught. And if it does...let us hope I can talk them out of raking our hides across the coals...

Story snippet to go with this image.

Haven't quite worked out all the details yet, but Mailanne's just trying to do her best as a Captain, and Connor's throwing wrenches into her well-oiled machine. Whilst she understands her little brother's desire to protect his young charge, she also has an entire ship and crew to look after. Shit's gonna go down fast when word gets out of her decision XD