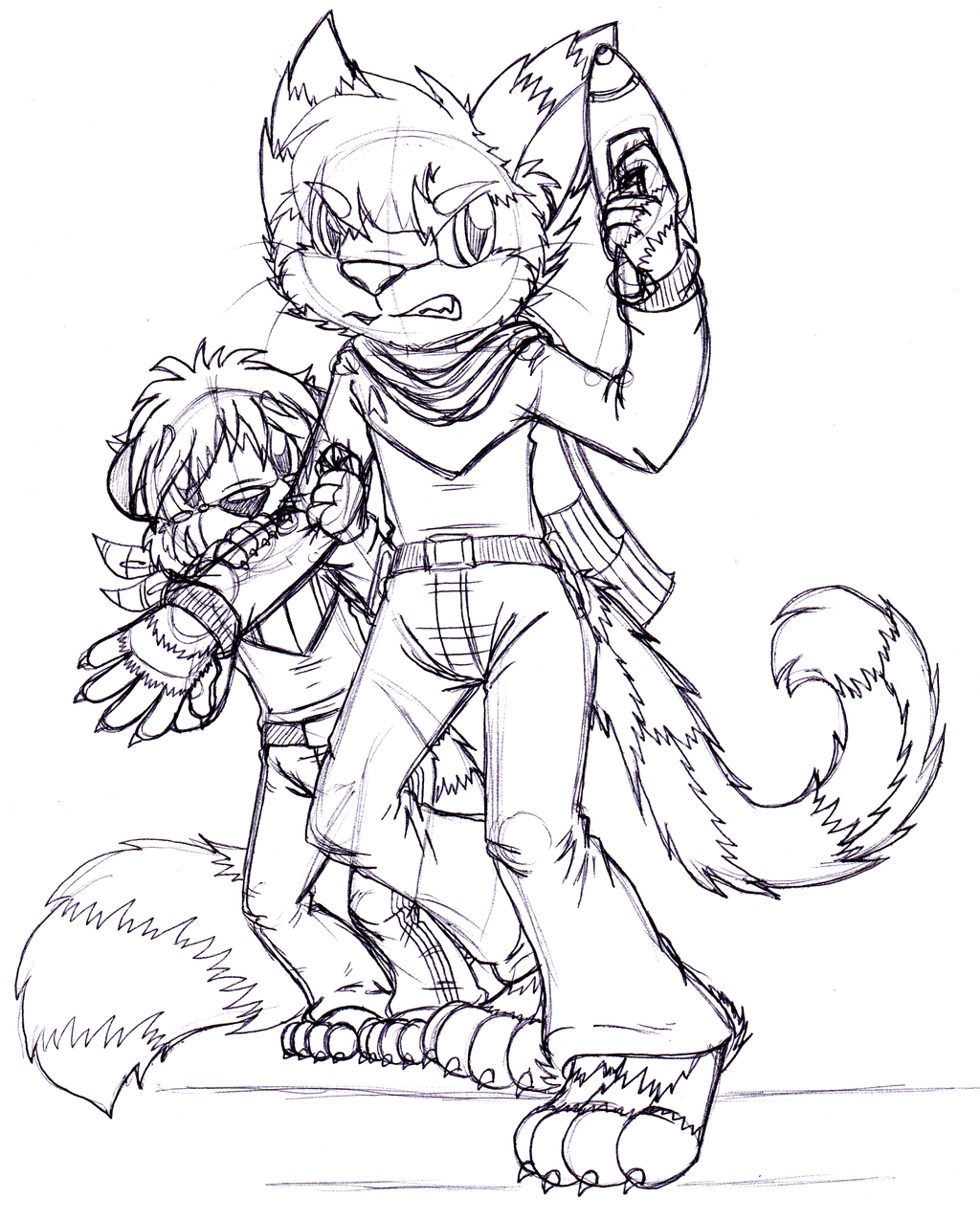 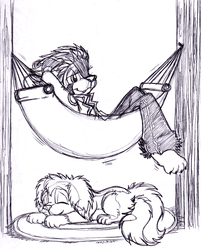 Connor protects Summerlad from an attack made on him by sleeper agents from the Diomedian System.

Whilst Connor falls into the Caitian ideal (kinda-sorta!), Summerlad was a different story.

There is Scottish Fold in his lineage (great uncle on his mother's side), but he didn't inherit any of that. The Trelkus System where he originated from had plenty of mixed species nobility, but his actual species remains a bit of a mystery. Connor believes he may be an Angora/Tabby mix, which designates a more noble birth status, but the medics at Starfleet Academy aren't so sure. Summerlad's genetic results came back pretty murky and inconclusive, and the chief physician, CMO Zimmerman, threw up his hands after several days and many tests and stated the boy was "Pureblood Caitian until someone else found conclusive evidence that he's not!"

Summerlad is about ten years old here as opposed to Connor's very late teens. The oldschool phaser design in his hand was a complete oversight on my end (as is his actual shooting arm...he's ambidextrous, I figure!), but I think he's a tinkerer in his spare time and probably preferred the older shell designs to the newer ones in service. That and Connor's still pretty much just a kid - if something looks cooler than it does currently, he'll want it "just because it's cooler". He's also unafraid to shoot to kill if anyone threatens his little friend.

I debated a long time about giving Connor the scarf I own in RL, but I figure his adoptive elder sister, Mailanne, would have given it to him when he first started his commission on the USS Archer. It's passed off as a piece of "traditional Caitian garb", and despite being eyeballed for a time by his superiors in regards to it, nobody really bats much of an eyelid in Connor's direction about it anymore. If anything, it's how to identify him from a group of Caitians at a glance, really. As for Connor's rank (Lieutenant) his rank pips are hidden underneath his scarf.

May or may not go back and colour this at a later date, maybe throw in a background/foreground too.