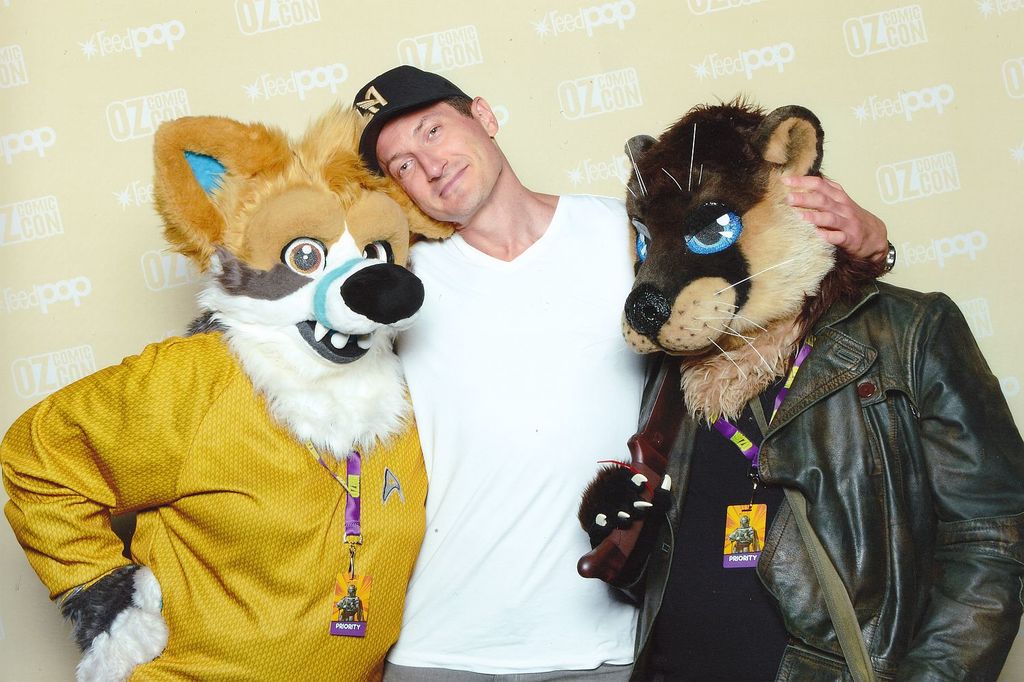 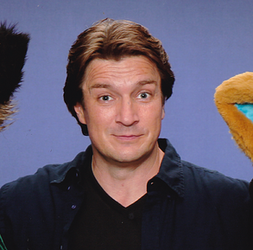 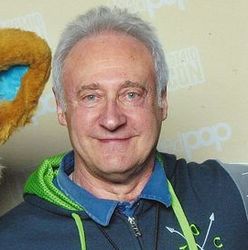 Grimm's ending was heartbreak for my husband; he -adored- that show on a religious level, so when Sasha Roiz attended OZCC 2017, I got dragged along for the ride XD

Two things happened during this photo; my husband fully geeked out...and I got a massive migraine.

My hubby geeking out was a given...my headache came from Sasha. I had no clue at the time what had happened, only that I needed a couple advil immediately afterwards because "Ow...". When we collected the photo, I became immediately aware of the headache's correlation with what Sasha had done during said photo XD

He leaned straight down on Chellios' left ear, made no realisation that my head was right below it (yes, I do have a head under those fursuit features, folks!)...and then wham, instant headache. I can't complain about it, you suffer for your art and for some, moreso than others do LOL