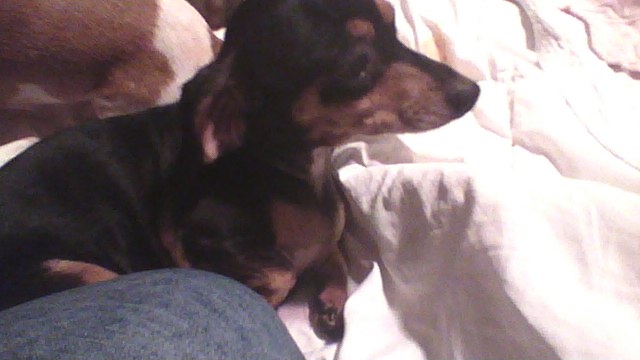 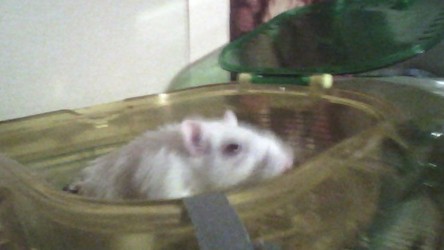 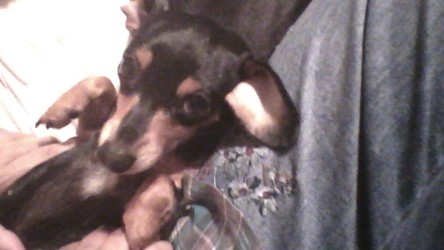 He had her, since she was a newborn.

As a dog, she's incredibly friendly, and while she's very social, she's also more careful about her barking, as she doesn't QUITE bark, at everything...although she'll bark, when she' feels that she has to. (She's different, from most chiweenies.)

As a funny moment, from when she was a puppy, as a way of playing with her mother, they each took turns barking at each other, like it was "WrestleMania"! XD