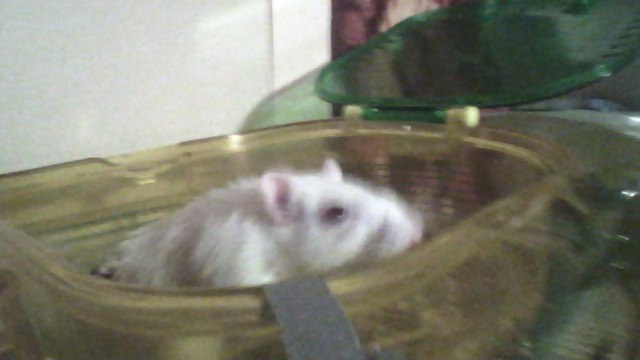 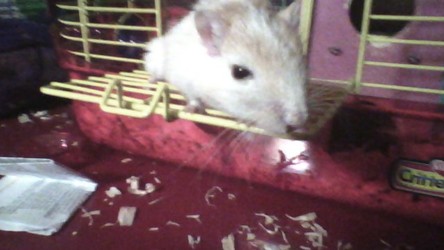 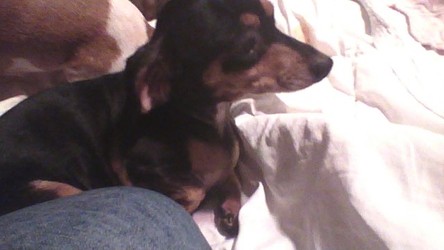 The other of my big bro's two younger gerbils; this one is a bit shy, but also very friendly.

This red-eyed thing, is a real heart-toucher, with his/her shy personality!