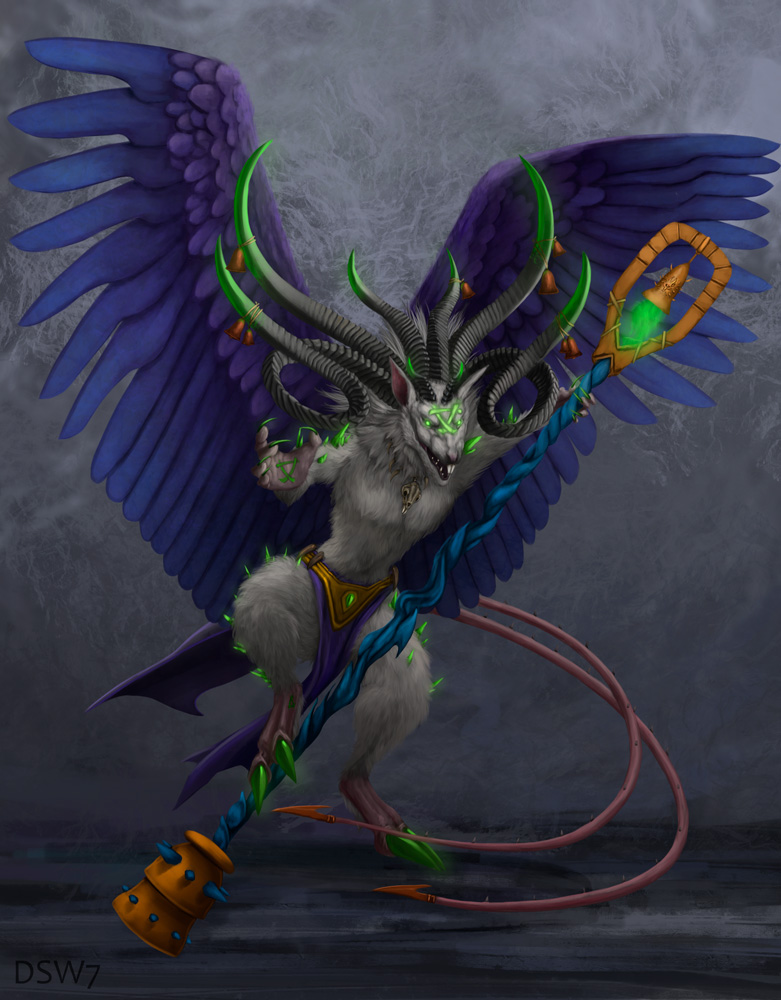 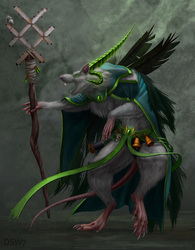 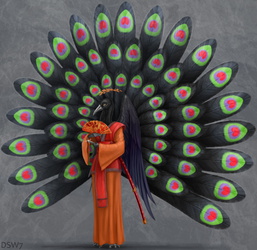 You can find the character back story at the image of his mortal disguise form. Please check that first if you want to know the background.

Well, as promised, here he is, in all the glory of his true from! The Verminlord Warpvagrant! 130 he hibernated deep beneath the earth in some forsaken Dawii ruin, dreaming the passage of the world and events through the minds eye granted to him by Tzeentch and hearing the corrupting whispers of his patron; the Great Horned Rat. Now he emerges for Warhammer Age of Ruin - Broken Stride. A new WFRP tabletop game between my Verminlord and a companion Lord of Change that was met during the previous campaign (Warhammer - End Times). As previously mentioned the Warpvagrant has the touch of Tzeentch in him which is why he has the prismatic wings.

Here is is wielding his demonic regalia, the Screaming Bellstaff which is made of the same living crystal frequently found in Lords of Change weaponry. I'm really excited for this campaign! Yes, it is balanced for the fact that he is a greater demon as the whole campaign is from that perspective. Though due to the canon of our End Times, AKA the Age of Ruin, the "Warp of the World" severely weakened demons while at the same time allowing more casual demon invasion. So greater demons are no longer the walking gods they used to be. That said... he's still a 25 foot tall beast with demonic resistances and powers. I anticipate threats to be from heroic warriors, armies and other demons so he's still got his work cut out for him.

As before, thanks to DSW7 for her awesome monster art!