Is This Fun Or What by OddOly 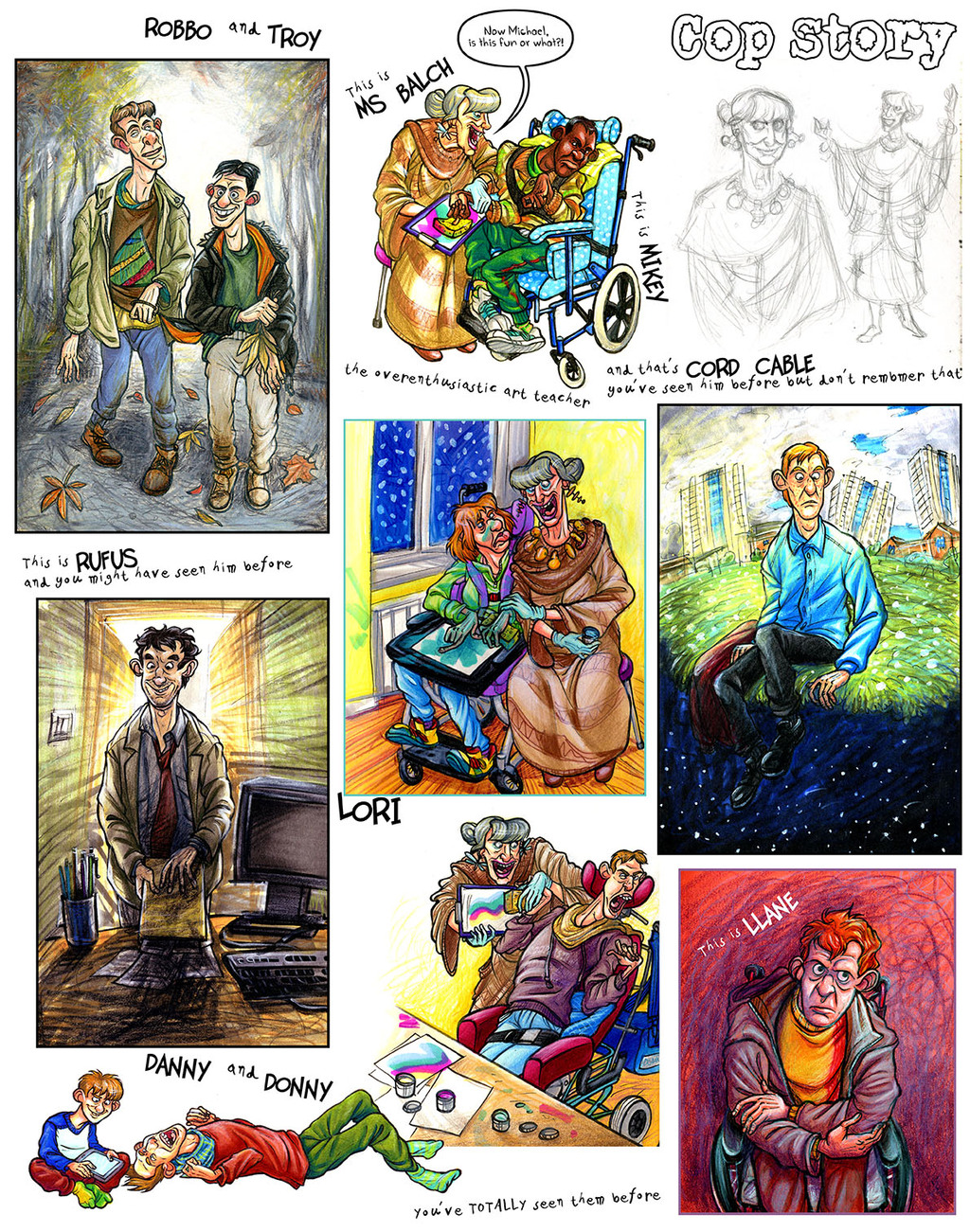 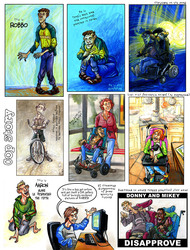 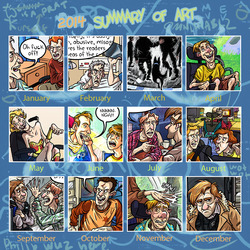 Is This Fun Or What

And introducing Ms Balch. I feel a bit guilty that the first special ed teacher I drew (not counting the old bloke reading Daily Mail here) isn't exactly good - it's an important job and the good people in it are brilliant but... uh, I don't think I need to tell you that teaching is one of those fields that seems to attract a lot of people who really shouldn't be doing that. And anyway, Ms Balch isn't even exactly bad, she's just... disturbingly overenthusiastic. She mostly works with learning disabled kids at her school because someone like Teague would laugh her out of the room.

Also, don't call Mikey "Michael". The only people who do that are his mother when she's really cross with him and social workers and medical professionals for whom he's mostly a line in their paperwork. :|

So other than a bunch of kids having a bad time we have Troy and Robbo having a good time - with someone else around obviously, you don't want those two alone anywhere, though considering their impairments both Troy and Robbo are quite escape artists. Everyone is relieved they get along because this way they usually cause less trouble.

Rufus actually was in the comic before but you probably didn't notice him. He's one of the CID cops, I just felt like trying to draw him before chapter two begins.

Same with Cord Cable - you probably don't remember him. Cord's storyline was one of the last major changes I made to the first three chapters (I don't count changing occasional dialogue as "major changes", I do it all the time). He used to be pretty much a comic relief character, and now he's not and while I think that his character development makes much more sense now I can't help feeling... guilty. So I guess this picture is me saying sorry. Because I do feel sorry about the next couple of chapters (but to be fair I felt the same about chapter one and will probably feel like that from time to time, it's a tough universe). And no, I won't tell you what it's about and by the time we get there you'll probably forget about this.

The picture of Danny and Donny is currently my journal banner - decided to put it here as well in case I change the banner soon. They turned out much happier than I planned, they normally fight over any toy but hey, electronic gadgets are the surest way to keep kids quiet for a while.