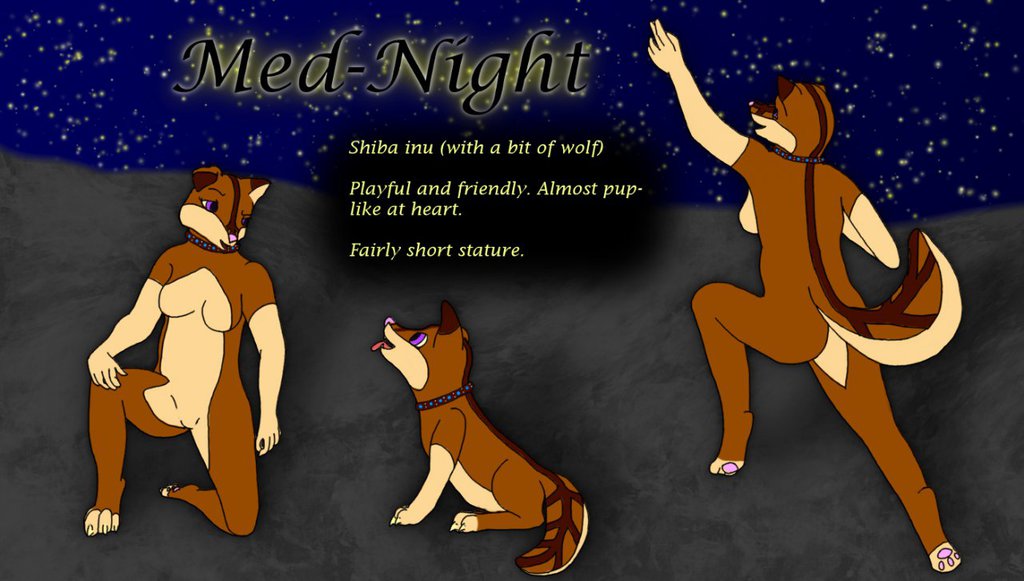 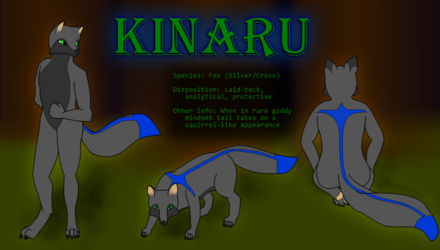 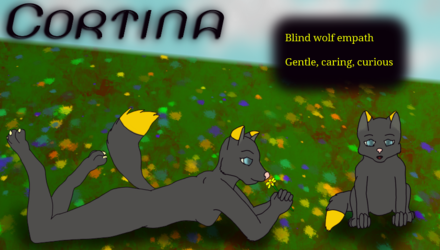 Here's the other reference sheet, this one for my wife's fursona. Like Kinaru she went through a color change for the five-year character update and starting on the 11th of last month she got a new collar (same significance as original one).

The shapeshifting ability that was originally a decently significant part of her design has been shifted mostly to the background. Traces of it can still be connected to the character such as sometimes appearing with minor artistic differences such as hair or wings (or major ones such as being a kitty if we're feeling silly :P). In the Hazel Hill setting this is shown as Med-Night's apparent ability to change the color of things around her.

She has also shifted from a wolf/dog mix to primarily shiba inu with a bit of wolf.