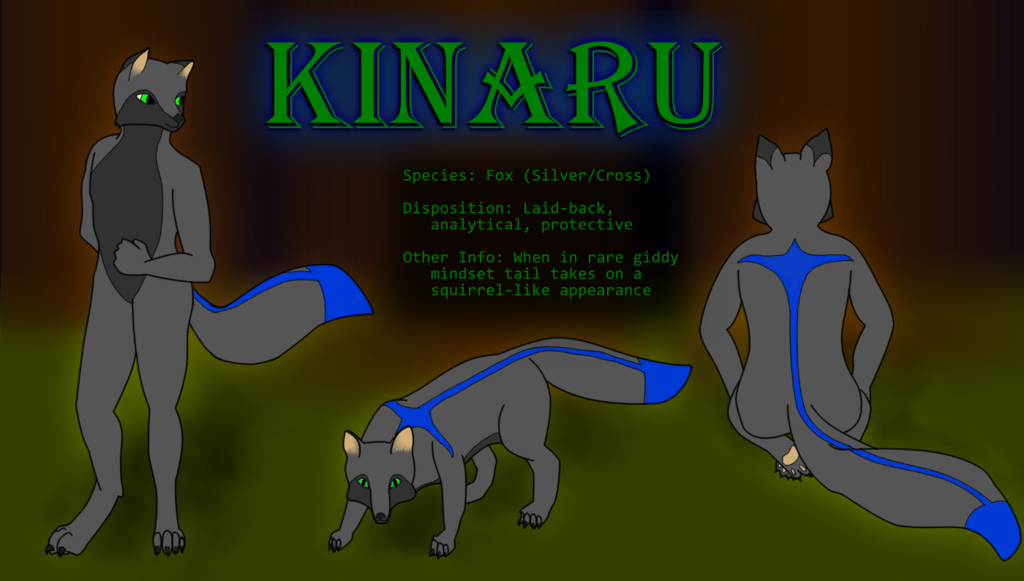 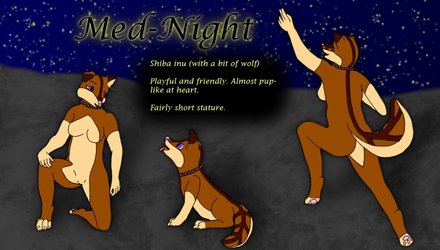 Yay, I got to do the reference sheets this time around. The last time refs were done was back in 2011, and since our characters have undergone some major changes since then it's about time to have new references.

For Kinaru the first and most drastic change is his coloration. Pattern is still almost the same but colors have been toned down quite a bit. The full reasoning for this is explained in detail on our 5-year-anniversary picture (http://www.furaffinity.net/view/10791041/).

Second off the collar is no longer an inherent part of his design. Though he is still definitely mates with Med-Night and we tinkered with the idea of giving him a gold bracelet instead, the jewelry never really fit him very well. He may still occationally be drawn with a gold bracelet like Med-Night's old collar, or barring that he may be drawn with a silver bracelet or silver hand-wraps.

The squirrel tail thing is kept in just because it's an amusing throwback, even if he has been simplified to pure fox rather than Fox/wolf/(squirrel).

Kinaru no-longer actively shifts between three other forms, as those personalities have all pretty much melded back together into his base personality. In non-mundane settings such as Hazel Hill he may still display telekinetic abilities, the power of which are highly setting-dependent.

Can't really think of anything else at the moment. I'll likely upload Med-Night's reference tomorrow after I finish a few last-minute additions to it, then start the process of sketching out the rest of our characters. This is looking like it'll be a fun project :D