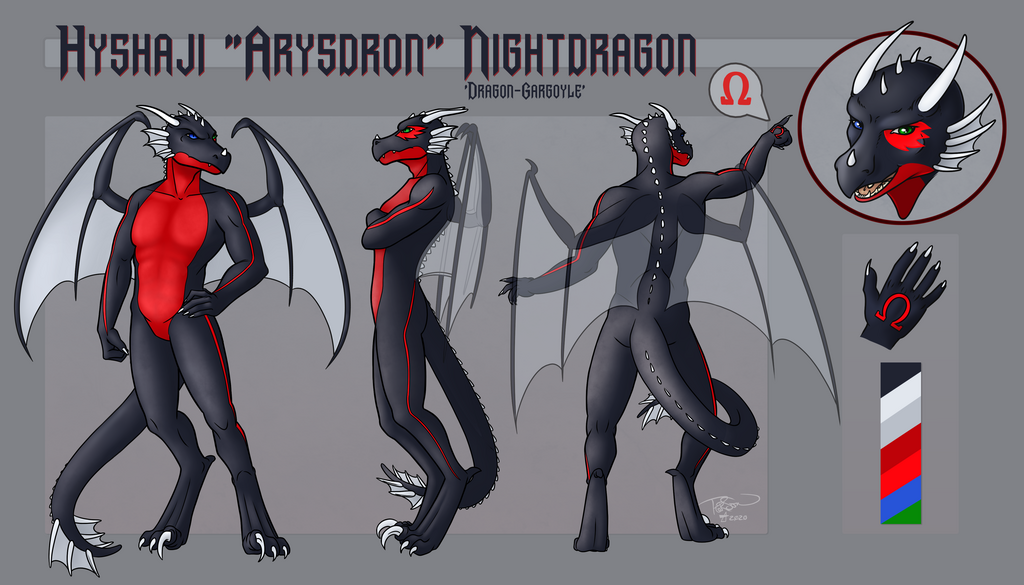 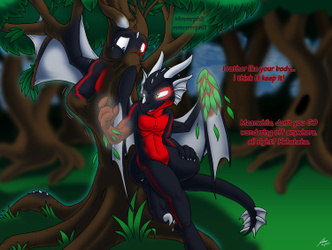 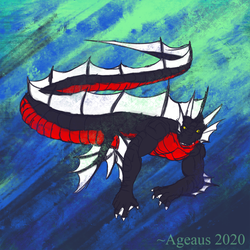 No design changes, but had the layout re-done from the previous one.

Critically wounded in a guild mission, Hyshaji’s body was re-built using genetic material from a stillborn Gargoyle, a species known for their incredible regenerative capabilities. As a now Dragon-Gargoyle hybrid, dubbed Arysdron, he at first felt he was a different being all together and tried to disassociate himself from his former self.

But something begun to arise within him, an almost split personality that begun wrestling with himself for control. This ‘Arysdron’, was in-fact a representation of who his Gargoyle genetic material donor would’ve become.
After a fierce battle on the mental planes, Hyshaji & Arysdron were able to accept that they were two sides of the same coin. Their hearts were connected. They were both Nightdragon.

He retains the breath weapon abilities of the Dragons while now being able to utilize the Gargoyle’s ability to enter a stone form hibernation to regenerate.

With the ability to change between his two forms at will, Nightdragon rejoined his Storms of Balmung team members in their missions and adventures.