A big problem for a little babysitter by nh63879 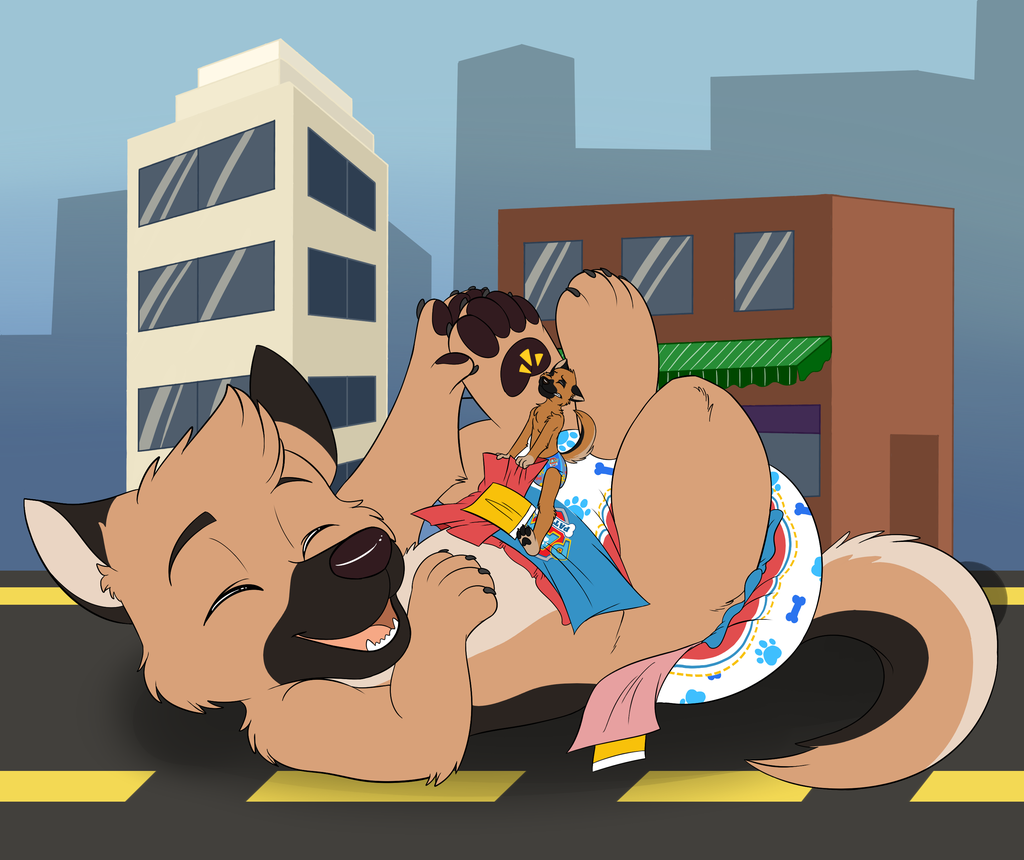 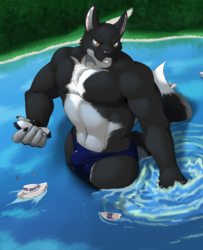 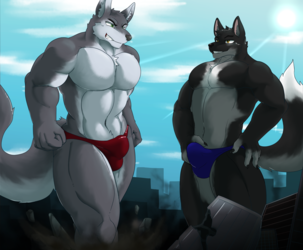 A big problem for a little babysitter

Wow this is really something I bet you didn't expect! Three awesome pics in three days! Before I get into the full story of this I just want to give a big thank you to poofy-shark for making this for both me and my friend Discord96 and in such a really fast time as well. This is the first pic I've ever got from poofy-shark after seeing so much wonderful babyfur and macro pics together and it's just perfect in every way possible. So as you can see here the tiny shepherd is finiding it's not at as easy as it looks trying to get a diaper on a baby, especially one who is as big as Max here! Of course it didn't start off like this for either of them however.

Despite the fact that Max is a baby German Shepherd who can alter in his size to be big or small he is still just a baby, and every now and again his parents need time for themselves, which means he needs a babysitter. After much searching for one his parents came across someone called Lupus who, like them, was a fellow German Shepherd and one that was very good with being a babysitter. Although they had no idea what he would be like with someone like Max who could change in size at any momment!

Max's parents agreed to take him on and see that he was a perfect babysitter for Max. Max grew very fond of Lupus with the fact he was so nice with him and shared his love for paw patrol, with wearing paw patrol pullups! Having greeted Lupus and shown him around and told him as much about Max his parents left him and Max to it. Things started off rather well for Lupus and Max who calmly played with his toys in the living room as normal. Yet things started to go the other way when Max's parents kissed him goodbye for the time being and left him alone with Lupus. He didn't put a tantrum or cry when his parents left but felt rather uneasy and unable to fully settle without his parents. Despite this Lupus contiued as normal with Max and did keep him happy and out of any 'big' trouble for most of the day.

After a change into a fresh diaper Max settled down on top of Lupus for a long nap. However just an hour into his nap he woke up and got off Lupus. Feeling uneasy he headed towards the back of the house and started to grow big! Lupus was awoken by the loud crashing noise and heavy shaking of the house, where he noticed Max was gone. Hastily he ran through the house looking for him but soon noticed a large gaping hole in the back of the house and a trail of damage running across the backyard. Knowing that this was Max he headed out of the house in search of him, only to see him heading towards the city, growing bigger as he got towards it. Seeing Max was growing and was some distance away Lupus took the decission to grow himself and go after Max. By the time he got towards the city looking for Max he was around 50ft tall whilst Max was bigger than that at around 200ft tall! Following Max's scent he was able to catch up with him but unable to stop him and only try his best. As Max turned the corner of the streets, the side his diaper got caught on one of the buildings and started to come loose. Lupus knew that getting Max down and putting his diaper back on was gonna be the only way of getting Max's attention and probably bring him back down in size. As Max slowly toddled around with a loose diaper on, Lupus raced around the city block to get ahead of him. "MAX!" Shouted Lupus waving his arms around and jumping around at the same time. Max heard his voice and looked to see him ahead of him and being 1/4 the size of himself. "Why don't you lay down? And let me put your diaper back on!" Max looked down to see his diaper almost come off and Lupus getting closer to him. Slowly he lied down on the ground with Lupus climbing up onto him. Lupus got on top of Max's diaper and began to get his diaper back on him, only to find it's not easy to do with a 200ft giant baby wriggling around! After a number of attempts he managed to pull the side of Max's diaper up and get in on but had to do the exact same thing again for the other side!

After finally getting Max's diaper back on him Lupus took to laying down ontop of Max and stroke him softly whilst talking to him. After a couple of minutes he started to feel Max getting smaller and hastily got up off him in case he would shrink too much. As Max returned to normal size, Lupus picked him up and carried him back home where once back home he shrunk back down to normal size. Max's parents came back and noticed the large hole in the house and knew it was obviously done by Max. Lupus did explain to Max's parents that he had no idea he would be such a big baby and he did what he could. His parents told him that Max tends to alter in size and that he should have been aware of that. Lupus wasn't put off by the fact that he was having to babysit a giant baby and was more than happy to come back and babysit Max again and came back a few weeks later, only to find Max was a giant again! But Lupus was able to handle a giant baby like Max and enjoyed babysitting him just as much as any other babyfur.

So there you have it! Another brilliant macro pic. This is one which started off as just an idea between me and my fellow furry Discord96 who is a fan of my macro babyfur pics that has turned out to be so incredible. I get along really well with him and have decided to have another macro babyfur pic with him. I can't really say just what it will be or who will be in just yet and when but there will be another one with him and one of my macros for sure. Of course if you'd like to share a pic with me and one of my macros, be it a general macro or adult or even a macro babyfur pic then do let me know as I am more than happy to go halves in a commission.

Anyway until the next big pic I bid you a good day and all the best.