Moth Monarch / they / an American in Toronto

I'm an independent artist who loves moths and bugs. I do commissions, create original art and designs, cause mischief, and go to conventions. Catch me next at: 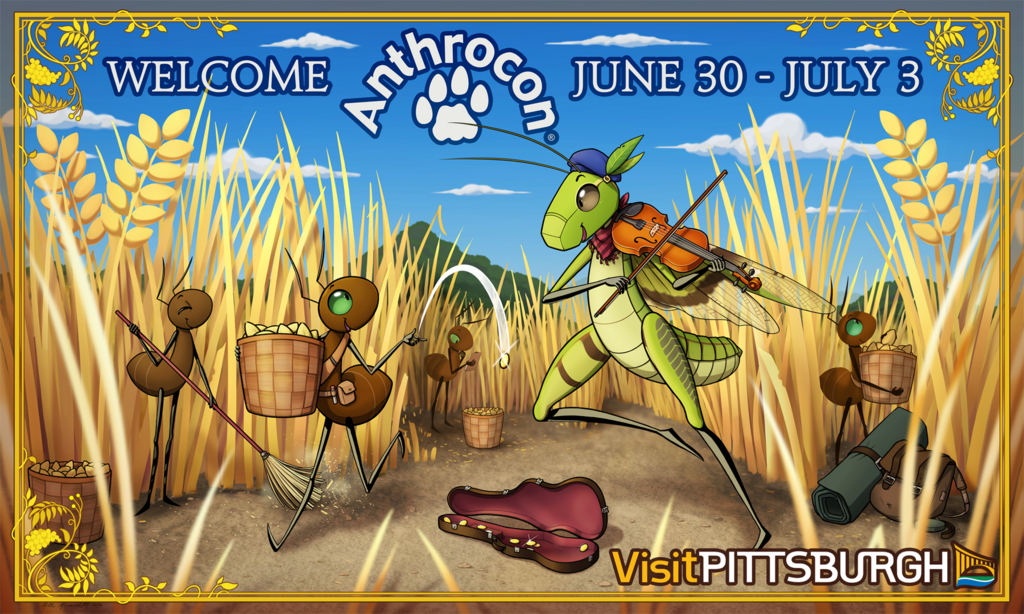 It's been a little while! Here's what's up!!

► Ursa Major Award Nominations!
I'm stunned and delighted to announce that TWO of my works from 2019 have been nominated in the "Best Published Illustration" category! These are community-voted fan-driven awards, so make sure to have your say - voting is open NOW! You can see the nominees in each category and proceed to cast your own ballot here: https://ursamajorawards.org/voting2019/ While I'd love it if you consider my work for the prize, please take your time and give all contenders thought to decide which you truly think is best. Thank you to all who participate!!

► Telegram News Channel
If you haven't heard, I now have a Telegram news channel - no chat, no fuss, just alerts pertaining to my art including new merch & designs, convention appearances, and commission openings. It's https://t.me/mothmonarchnews - easy breezy.

► Biggest Little Furcon Badge Art
BLFC hired me earlier this year to create one of their registration badge art options! "Vespa Futura" is the resulting piece; I submitted a version formatted for the badge to BLFC but also just finished a print version with additional detail that would've been obscured by the badge format, which I posted here today! Attendees can select this art for their badge during pre-registration, or modify an existing registration in their account to choose it before the convention.

► Blast Radius: New Game+ by Pepper Coyote
I've been working with Pepper to create the cover art and do layout/design for his new album, which is a re-release and re-recording of the original Blast Radius album from 2015 with new songs and soon to be available in several formats! His Kickstarter for it wrapped up at the end of January, but you can still take a look there for more info on the project. At least on the design end, almost everything is just about ready to go, so I'm excited to see how it all turns out by the anticipated completion this summer.

That's most of what's up at the moment! My next convention is Furnal Equinox, after which I'll be both preparing for BLFC and hunkering down into my Anthrocon work for the year. It's been stressful but also very satisfying keeping so busy. Back to the drawing board!