Know your own limits yourself. Learn how to break past 'em with others. Because no life evolves in solitude.

Give it all you have by day, rest by night. Earn your free time with sweat, revel in self appreciation while in peace.

And above all, when the times comes... Fight with your heart and soul. Never give up, and never regret! 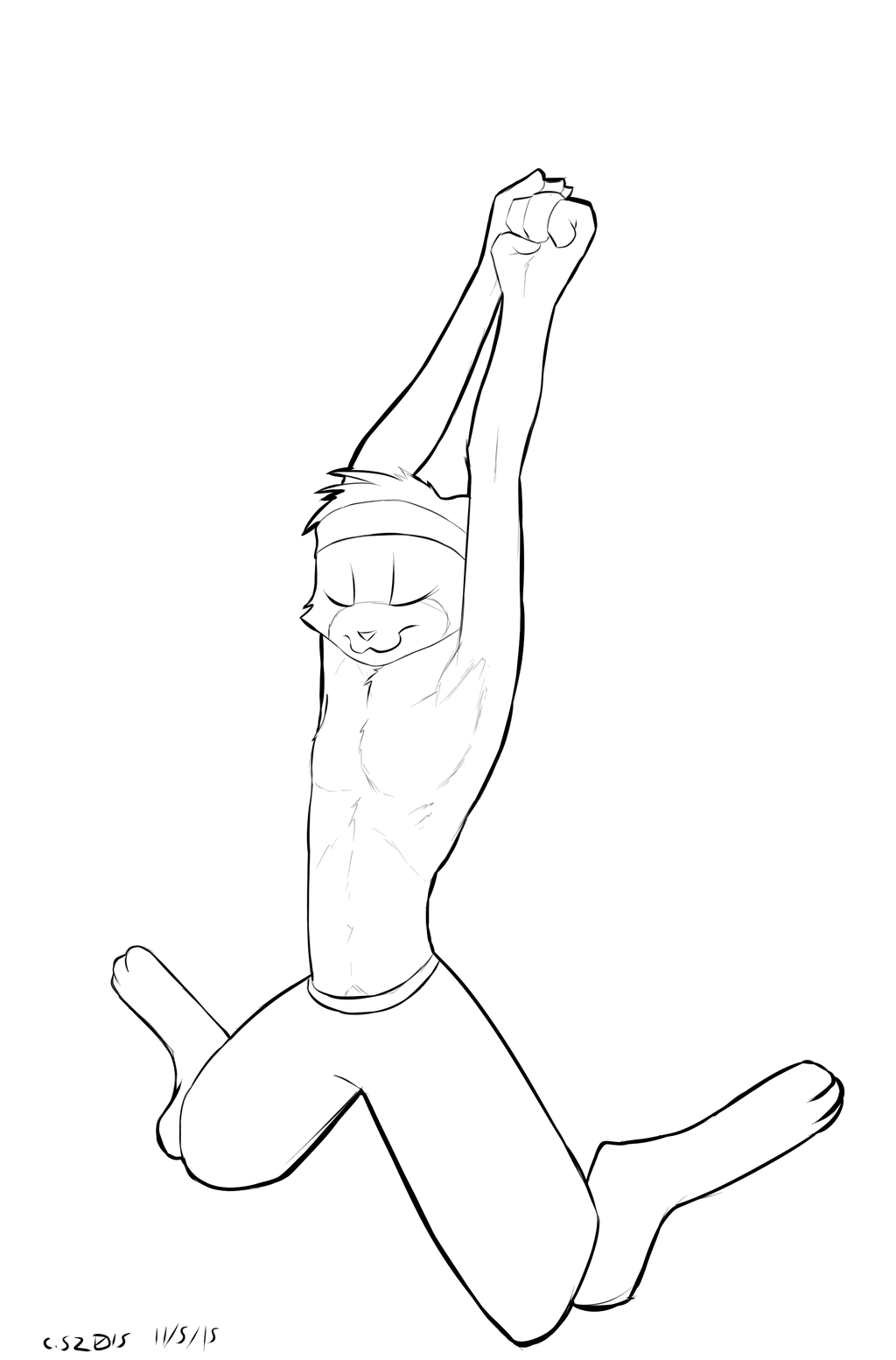 Getting to Know Me meme - because I dunno how to introduce myself D:

I was trying to write something more interesting here, this being my first journal and my actual first time =using= my Weasyl account, but because of recent events, I can't write stuff without making it look like propaganda >3>;; So yeah I give up, here's something annoying for you all be cause that's more fun than what I was scribbling before XD

What's your real name?
Gustav. That's all you'll get from me >3
How tall are you?
1mt 91cm... I dunno how to inch/foot ok? ;~;
What's your natural hair color?
Chocolate
What's your eye color?
Also chocolate
What's your orientation?
Bissexual... I wonder though, been years only with males... You get the pic #3
Are you single, taken or undecided?
Taken. By two. Feel free to gasp x33
What do you do in your spare time?
VIDYAGAEMS~♥ When I'm not helping (read as: getting forcibly interrupted from gaming) in cleaning the house by my family (read as: clean-freak mother) which happens... Constantly (read as: WHY DO I HAVE TO VACUUM EVERYTHING TWICE PER DAY?! X~X;;)
What's your job or occupation?
Job-hopper so far
What do you like about yourself?
I'm friendly and patient. The extent of which has been tested and steeled for years. You gotta see me snap someday, it's a fun sight~
What do you dislike about yourself?
For lack of a better term, yannow what "hikikomori" means? I'm feeling myself more and more like this. Comes with being a single son, the first and the last, with extra-worried parents, one of which is extremely Christian... You get the picture. It's not like I get much of an option in this matter xwx;;
What did your friends notice about you when they first met you?
That I'm a parakeet XD Really, ignoring what I said above about being a household recluse, get me out of my room and games, and I'm always happy, extrovert, and really loud XD And I pride myself at that~
What is your belief/religion if you believe in anything at all?
I'm a syncretist. I believe in a lot of stuff at the same time, religious, scientific and folkloric. I'm not convinced that only one of these is the absolute truth and the rest's garbage, like a lot of zealots I've met in my life annoyingly defend so... xwx;; What I'm certain is that all of those three aspects are just a glimpse of a higher truth that we didn't comprehend yet. Mostly because, you know, we're still cornered to a single planet in a whole multitude of galaxies, there's no conscious testimony on whatever transcends the physical plane, and while I know most folklore is just drunken tales of scared men, I believe there's a reason for them to be scared. Just blown outta proportion because of fear :P
Do you drink?
Not really. Tried a few times, still didn't got any taste for that bitter stuff XP
Do you smoke?
I'm against it =w=;; Don't come with a cig close to me unless you wanna clock in how many milliseconds I'll snatch it from your mouth.
What are your major fears?
Loneliness, and misunderstanding. The latter, I had enough examples on how saying something the wrong way or not saying anything at all can devastate someone...
Do you have any dreams or goals?
Get a house for me and my luvs~♥ Then learn japanese, so I don't have to depend on english patches to play all the games I wanted to XD I've no ambition for career and the like. As long as I can have a job which doesn't consume my life, I'm happy.
Have you ever had a crush or an ex?
A number of. Got tripped on both pretty nastily 'fore I settled in
Who's your best buddy?
Other than my mates? x3 I've too much to count, but suffice to say, furries in general. Consider that it was a random online furry who actually saved me from my own teen angst and a box opener to the gullet, and that'll make more sense. But I'll tell this story another time
What's your favorite dish?
Sfihas :D Not the actual arabian ones, the fakers. Because cheeeeeese~♥
What's your favorite drink?
Juice, either grape, lemon or passion fruit. Freshly squeezed and icy, that's the way I love it x3
What's your favorite color?
Silver. Shiny~
If you had a super power, what would it be?
Telekinesis. If only you knew how creative this alone could get... >D
What's your favorite movie?
Pacific Rim
What's your least favorite food?
Vegetables, any. Also fish.
What's the last meal you want before you die?
A serving of catupiry sfihas from the first place that got me hooked on them, Kalifas. It's hard to find this branch, but the few times I've managed to, I wasn't disappointed :3~
What do you drive and what would you really like to drive?
...I don't? 'w';; Though I've a thing for motorcycles, so... What I REALLY wanted to drive would be that bike from Akira. It exists BTW! https://www.youtube.com/watch?v=2G1EwptB67w
What is your most disliked bug?
Dung beetles... Obvious reasons |P Also mosquitoes, mostly because of those who can transmit malaria, dengue, and other fatal diseases.
What pet peeves do you dislike the most?
Time limits. I said I'm patient, but that's with people, not with waiting times or short schedules x.x;
What do you dislike in life?
Mistrust and deceive. And how common it is for people to use these. I'm quick to warm with, but I'm even quicker to crush the face of anyone who crosses me -.-;;