Hello. =3 Please excuse the fact that my Weasyl page is a little empty. (Okay, so I did use Weasyl a little more these days.) I'm currently still far more active in both deviantART and Fur Affinity. This account is mainly being used to continue watching my favorite artists who have migrated from Fur Affinity to Weasyl for various reasons. 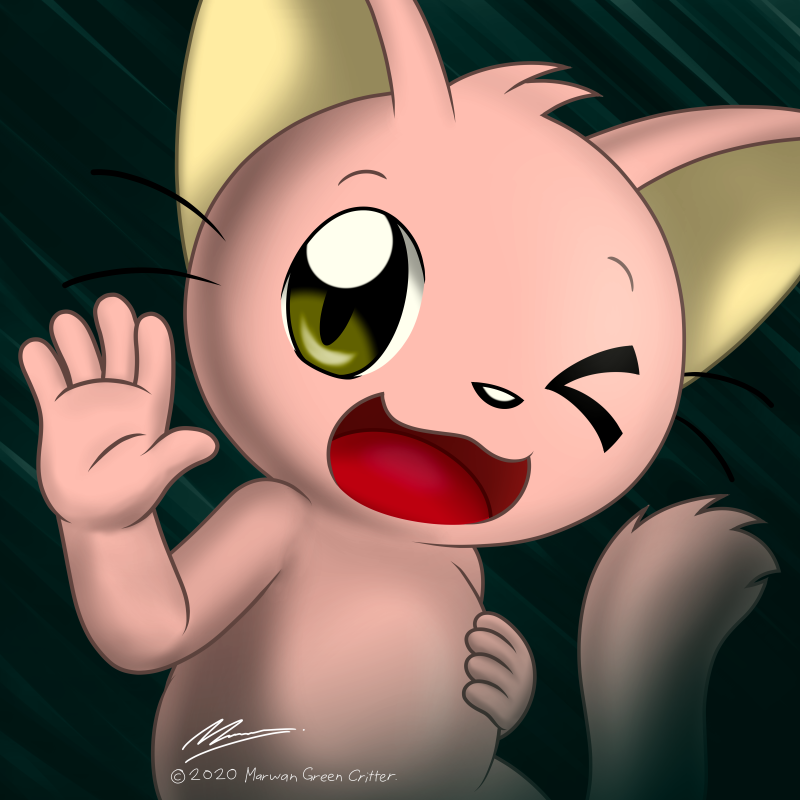 That Sonic The Hedgehog movie trailer: my own reaction

Right, it's currently a meme now for people to talk even the slightest about that recently-released Sonic The Hedgehog live-action movie trailer by Paramount, so I guess that I'll join the bandwagon, too.

Well, here's my own initial reaction: Sonic is OMG KILL IT WITH FIRE!!! O_o

Seriously, even before the trailer was released, Sonic's design as seen in the posters already terrified many Sonic fans. Attempts were made to "enhance" the design, mainly by changing the way the eyes look. The original design has that characteristic "conjoined eyeballs" look, something which the movie decided to ditch completely because, apparently, that's not realistic enough. Sonic now looks more like a Hobbit in blue fur, and even that mental image alone is terrifying. He doesn't wear any gloves now -- I guess that the producers felt that the gloves made him too "toony" or something -- his white-colored hands in this movie were probably meant to give the impression of gloves. His entire arms are now blue... That, well, reminds me of an incident where a certain well-known manchild-turned-womanchild pepper-sprayed a game store employee over Sonic's blue-armed design in Sonic Boom.

And the teeth... OMG The teeth! O_o Even Chucky's teeth look friendly by comparison!

Also, they even ditched Sonic's trademarked pair of red sneakers as well. Sonic's feet were considerably shrunken down, just so that he could wear human-sized sneakers. To be fair, those pair of sneakers that he's wearing in the trailer are also red, but with them human-sized, that just doesn't look right.

Enough about Sonic's design. Let's talk about the trailer itself. From the looks of it, I fear that this is gonna be one of those what TV Tropes called "Human-Focused Adaptation". The kind of adaptation that fans hate, because it seems that much of the focus was on the supposedly "secondary" human characters than the very cartoon character that fans walked into the movie theater for. It's almost as if these movies rely on star power of the actors, so they were being paid to be on screen longer. I got a gut feeling that the majority of the movie will gonna be focused on that police officer as if he's way more important than Sonic himself. Okay, to be fair, Jim Carrey's performance of Dr. Robotnik is the only saving grace in this trailer. Jim Carrey is, well, being Jim Carrey, like he always has. Dr. Robotnik didn't even look like his well-known appearance in the game -- he looks like Jim Carrey with a mustache. That is, until near the end of the trailer, where he looks like the Dr. Eggman we know and love (and hate).

Also, what's with the association of super speed with lightning, anyway? DC Extended Universe's Flash seemed to also have this trait as well (and actually became a plot point to the Justice League movie). Anyway, in that Sonic trailer, Sonic's spikes are literally sparkling with electric, as Dr. Carreybotnik soon discovers. I guess that that's supposed to be plot-relevant, too, but we'll never know for sure until we actually saw that movie. >_> Also, the way those gold rings work aren't clear; their function seemed to change depending on which Sonic adaptation you're watching. Here in this movie, it's implied that they work the same way Hoopa's rings work: as Dr. Strange's portals.

And finally, the choice to play Coolio's "Gangsta's Paradise" over this trailer is one of the strangest I've noticed. >_o I mean, c'mon! Couldn't they pick a much better song than that?

Well, that's my initial reaction in a nutshell. One big issue is that it's difficult to translate well Sonic's stylized cartoony design in a realistic setting. Even Detective Pikachu actually pulls that off well: the designs of the Pokémon in that movie were at least plausible enough to be able to blend-in well with the live-action setting, while still looking like their original video game appearances. The uncanny valley effect, if present, were at least managed to be toned down thanks to the Pokémon still remaining faithful to their in-game designs. Detective Pikachu did right what Sonic The Hedgehog did wrong. Sonic's uncanny valley rating in this movie is off the charts! O_o Personally, not every cartoony works could work as a live-action movie, which seems to be a trend these days. I wrote a rant before regarding Disney's live-action remakes, and also regarding Hollywood's sudden interest to turn anime into live-action movies these days. And now, wait... even Dora the Explorer gets a live-action treatment, too? O_o Also released by Paramount, too, in fact.