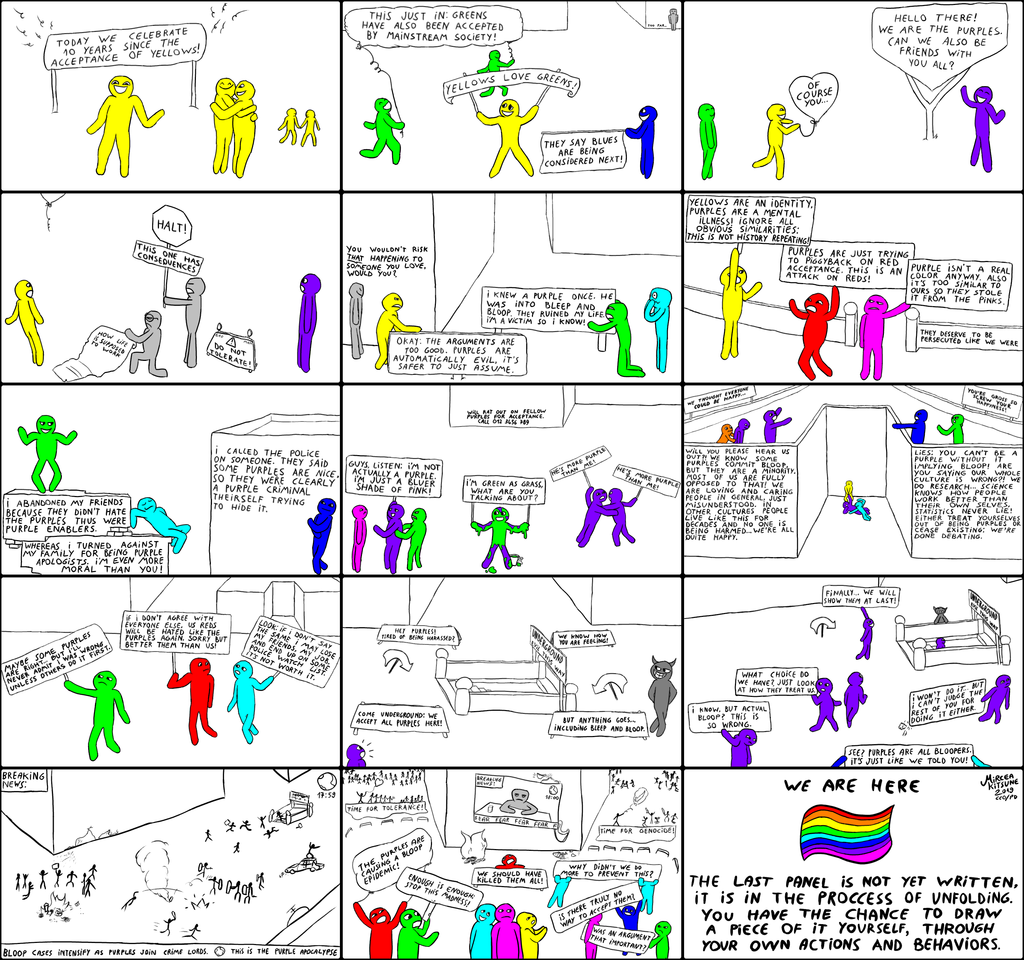 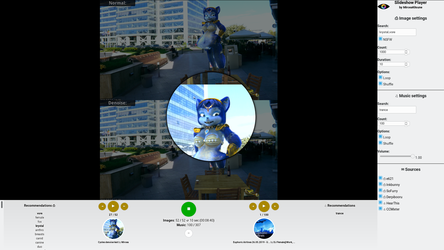 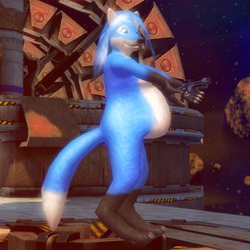 We are halfway through pride month: The month in which those who had to endure the hatred of others for being different celebrate our reasons to be proud. And yet, each color often holds reasons to be un-proud of, especially when it comes to how they relate to colors different from their own. Many never see it... others do but choose to convince themselves that doing to others what was once done to them couldn't possibly be the same thing. The persecuted join their former persecutioners and eventually become like them, as both hold hands and convince one another that everything is now okay. In the end, we keep finding ourselves back where we started.

I decided to release a short comic showing the reality of who many of us have become. I wish raise awareness to the inconvenient truths we're facing and are trying vehemently to deny or discuss seriously. This will obviously not be to everyone's liking: Many prefer to attack what they perceive as "siding with the enemy" instead taking a step back and being willing to think outside the box they were taught in. But the silent majority is also watching, and are beginning to see that there are problems they can neither ignore nor solve through force. Which path will we each choose?

This comic is released under the CC0 / Public Domain license: You are free to redistribute it without having to credit me. If you wish to help, I ask that you pass this on and spread it to other people; It would be nice if we can make it go viral during the remaining two weeks of Pride Month. I dedicate this work to all who have to deal with persecution for who they are, as well as those with an open mind who are willing to overcome their fear and do what's right even when it's difficult.