I'm just a shapechanger wandering the world, and looking for peeps to meet. I'm trying to teach myself how to draw so hopefully my gallery will continue to grow. Feel free to look around, and I hope you enjoy your stay.

Some more of my older stuff can be found here. http://www.furaffinity.net/user/menagerie/ 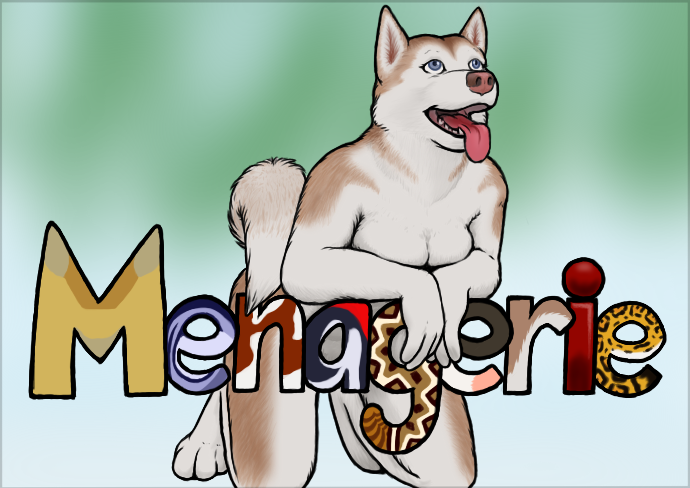 Hope you all had a good year and holidays. Mine had a little more rocky second half so I am trying to take this moment to reset for a bit. Caught the 'Rona in the late summer. Pretty mild experience overall so if I'm gonna get it that's the way to go.

Artwise not really any complaints. I have pushed out most of the 'just sitting on the drive' pictures, and some of the newer stuff that I did in the fall was mostly two weeks from idea to completion and that's pretty good for me. Still on the hunt for the eternal perfect sketching pencil tip, But overall kinda happy with the improvement of speed and quality. It's said that artists oscillate between how good their skill is relative to how they perceive how good it is. I guess you could say it's how well you either see all the mistakes in your work or how comfortable you are with them. I feel like I'm on the positive end of that equation for now. Which is kinda nice.

About 40 uploads for the year, which is pretty good, with some of them being the culmination of a bunch of long term images leaves me feeling a little more free going into this year.

Always the forever goal of starting if not regular livestreaming an occasional session every month or so. Getting a little more varied with the subject matter I post. I appreciate the patience with the volume of two headed taur stuff. That won't stop, but it won't be as constant as this summer was. And adding in a little more actual TF and vore bits along with what I find as humorous antics involving some of the other chars I've come up with. Now that I'm getting a little more comfortable with mid sized comic stuff I'm getting a bit of an itch to tackle simple animations again. We'll see how that goes.

Hopefully this new year won't be one we're just waiting for it to end.