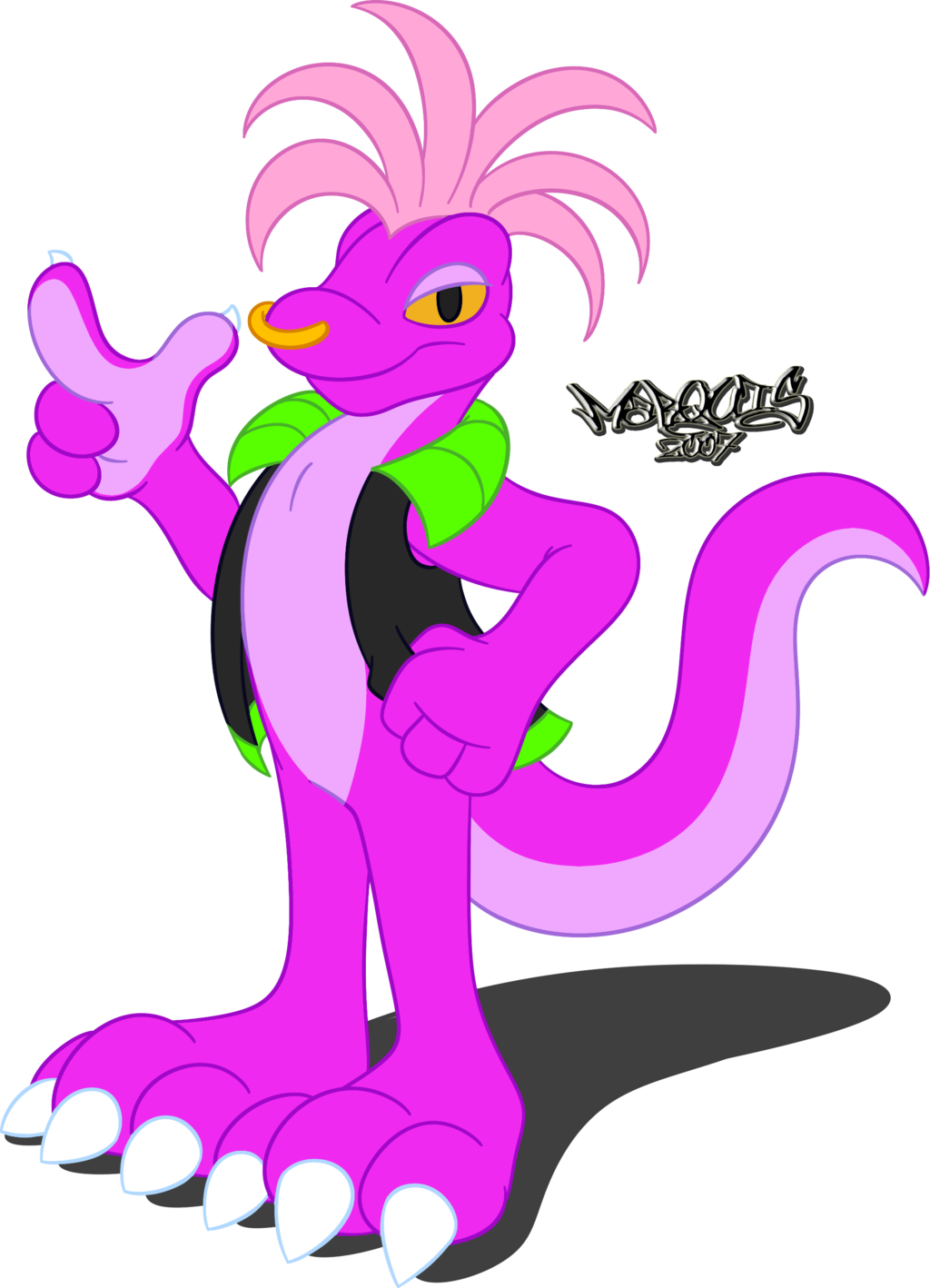 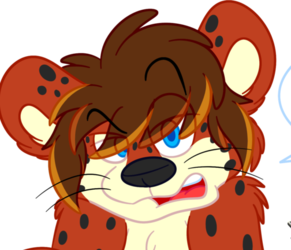 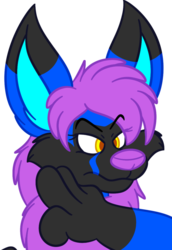 Another wonderful adopted character to add to the roster =3

His name is KoBé Ka, a lavender punk lizard that I helped in his creation from his original owner. He was originally suppose to be a green lizard but his whole appearance was altered thanks to sharing a pair of purple claw paw slippers that I own and also inspired his big feetpaws. We both kinda brainstormed on how he would look, though most of ideas came from him, but we're super happy in creating him to what he is XD

Scales: Deep purple with lighter lavender along the undersides of his torso, tail, hands and paws.

Special Abilities: Able to climb walls and ceilings when bare pawed/handed. Forked tongue has a sticky tip for snatching things at a distance. Able to see in the dark.

Cons: A bit of a trickster, goofball, deceptive.

Behavior: Kobé is as slippery as his smooth hissy voice. He prides himself in his ability to sniff out information from others to use to his advantage later. On the outside he seems very chilled, and laid back but inside he’s always observing sights and smells as well as the little tells that people give off. Kobe is easy to make friends with and loves a good ‘wrapping’ snuggle. He’s often the first to make light of a situation when things feel too serious for him and likes a good joke.