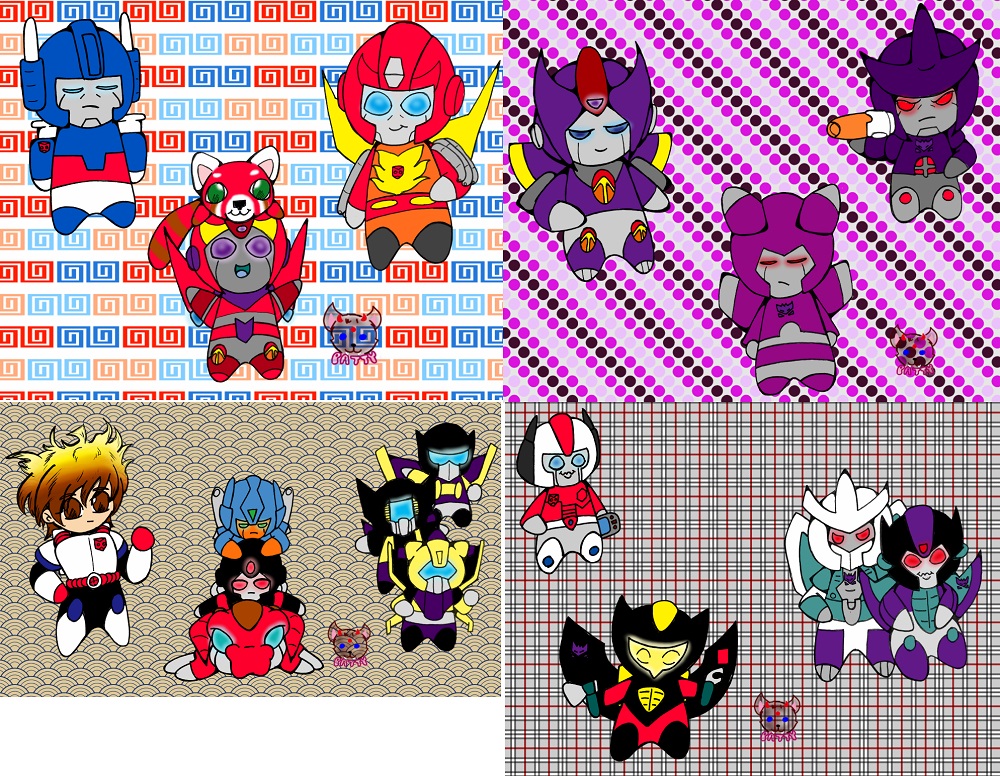 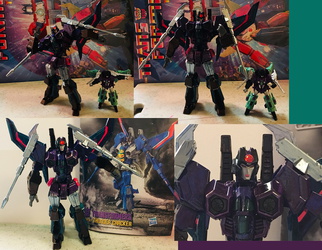 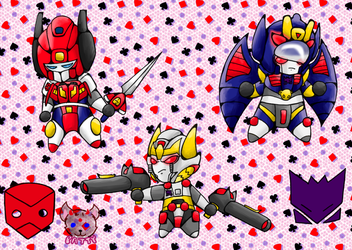 I did finally do a better--actual full set, of Rodimus Prime's ship crew in my G1S3 expanded universe stories. Well, for now anyways. I mean, over the course of the stories, Rodimus will get more crew for his diplomatic starship, the Arrowshot! XD

The "star saber" Mini-Cons really had me in a quandry and I used their "Transformers: Energon" versions, rather than the "Armada" versions, but I altered their colors a little tiny bit, which I think works better in these plush-chibi forms. Plus, since Kicker is in this expanded universe, it made more sense to use the "Energon" versions, too. It's kinda the same for the new versions of Firebolt (now Firedrive, by Hasbro's renaming thing) and Caliburst--I partially looked at their 80's look and partially looked at the Hasbro updates via new toys of them ("Siege" line). I find it interesting as Hasbro has reclassified them as "Battle Masters", they no longer have a specified color of optic glass--as in the 80's "red" denoted Decepticons and "blue" denoted Autobots. Many of the Battle Masters now have a wide and varying range in the colors of optic glass.

Transformers belongs to Hasbro. A few OCs belong to me. XD