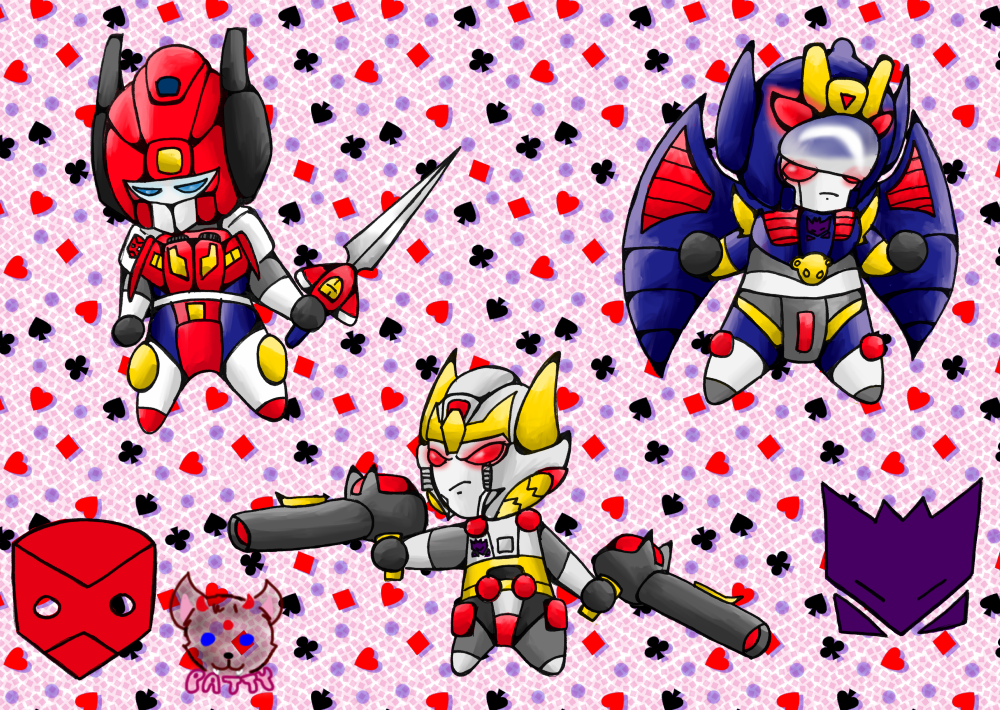 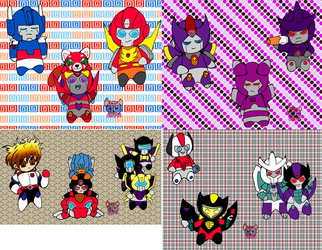 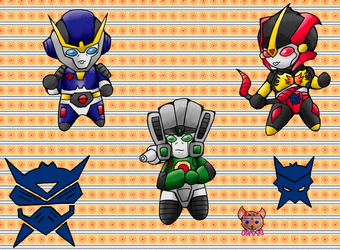 So, it's my goal to do these doll-chibi Transformers for all the major characters in my G1S3 Galvatron/Rodimus 'fics. There are so many.............I have only done one Destron--and not even Starscream. XD

I have at least one of my most recent (uh, these were drawn back in October) two pages colored now. In my G1S3 stuff, I began drawing in the post-"Return of Optimus Prime/Rebirth" characters from varying successive Japanese anime and then even from the comic books. One of the first additions were characters from "Transformers: Victory", because I won't lie--I've always loved Star Saber. Deadlock was added to the two of them--so, it's a crew of three roaming the universe as [at the time of introduction] bounty hunters. Until Hot Rod invited them to work for him in bringing "the lost" Cybertronians of the war who may be out on the frontier, home.

They're a fun trio to work with in my stories. Deadlock is going to be given some background soon--because he's "unknown" to most, whereas there are legends of Star Saber and Deszaras. And, yeah, I use "Deszaras", which is the official Japanese reading of his name--rather than the Westernized "Deathsaurus". I mean, he's not really a reptile in his alt mode--he's a bird-monster, actually. XD

Also...........I have my own designs of the Autobot, Decepticon and Destron brands in the "chibi doll" forms. XD

Simplifying the designs also means I had to clip and cut what colors should go where--like most of the boot/pedes of the Transformers have multiple colors in them and designs--simplifying them meant I had to simplify the color layout as well. :)

Transformers belongs to Hasbro, "Victory" characters belong to Takara Tomy (they're all one big happy family now, though) and Deadlock belongs to his IDW creators (as well as to Hasbro now). :)