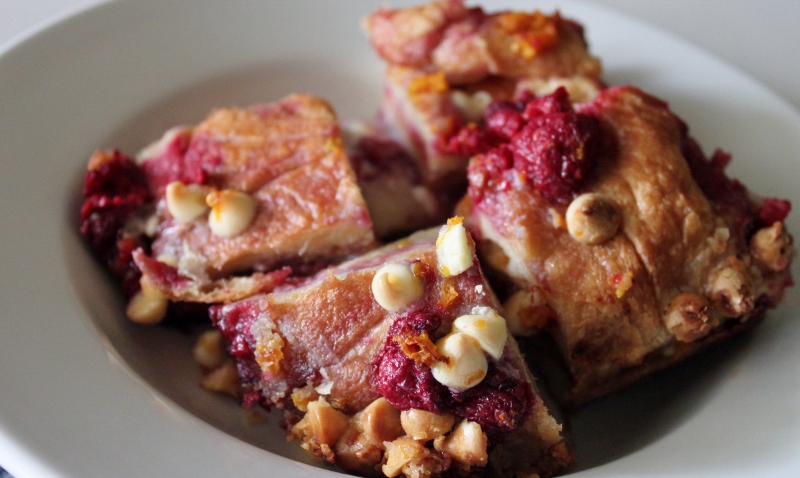 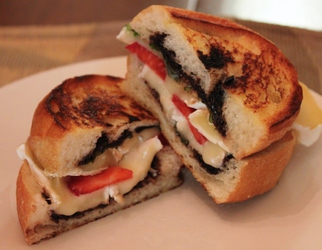 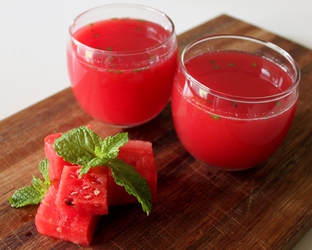 Found a recipe for this a few weeks ago, and really wanted to try it as I'm a sucker for bread pudding x3 Sweet, creamy, with a bit of a citrus kick, and an adult flare with a splash of Kahlua, this pudding will have your friends beggin' for more!

I had meant to post this recipe about 2 weeks ago, but then the idea of adding an alcohol and cinnamon came to mind as I had tried a "whiskey cake" a while back with some friends and found it absolutely incredible. So today, I got to retry the pudding with these two additions to it and the flavors came out amazing. The coffee flavors from the liquor blend well with the chocolate and berries, not overwhelming, but enhancing. Of course, the alcohol is completely optional, but I do recommend it! This recipe can easily serve 5-9 people, depending on how you portion it.

The reason for the large croissants compared to the smaller ones (small ones being the size of a saucer whereas the large roughly the size of an appetizer plate) is because if you don't cut them in half because of the size, the top croissants don't soak up any of the filling. I did not halve the small ones today while making it and the top layer of croissants ended up not soaking any of the custard mixture at all and the bottom ones ended up basically mush. You want to finish with a consistent "sponge" of sort throughout the entire dish.