Mmm, not a bad orange

Hello. My real name is Jordon but you can call me Jomo I guess.
I'm a gay furry. My fursona is a Wolf-bat hybrid.

I like to draw animals and comics as well as design and make computer and table-top games.
I was in college a while ago to learn more about game development, but had to leave due to too much stress. I'll go back some day though.

I'm a HUGE fan of Sonic the Hedgehog. He's way past cool!

I'm a Seventh Day Adventist, and I'm taken by a guy. I'm a very tolerant person, but I'm wary of how people think of me. 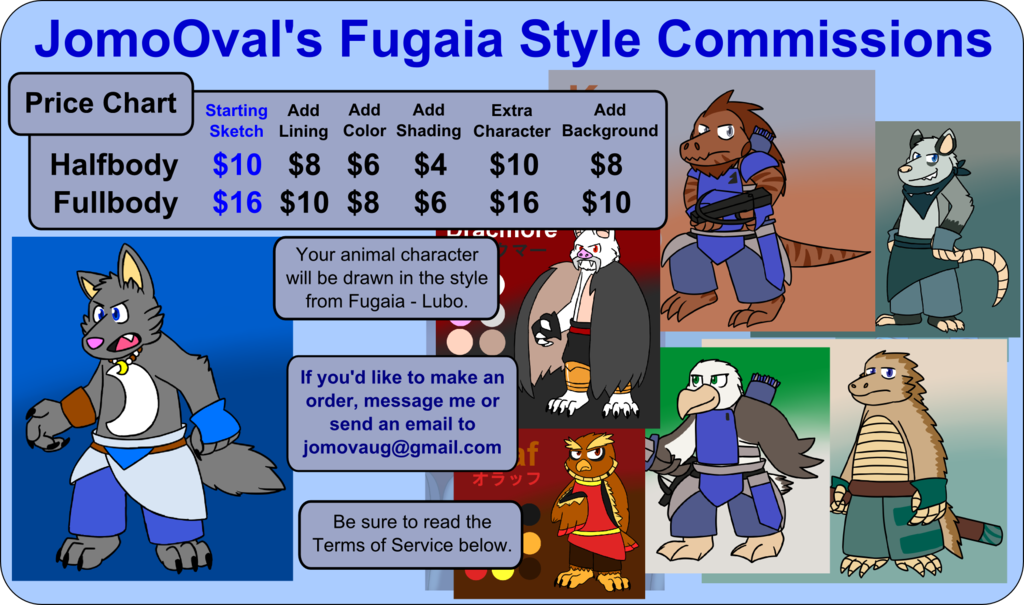 This comic is going to get some changes!

Starting on chapter 21, I'm planning on updating the style of Lubo.
The current style can be a bit limiting in some ways. And I can clearly
draw less chibi characters in general, so I really should be pushing myself
with this comic!

The reason I'm not going to implement this until after chapter 20 is
because I want to keep the style consistent for an entire volume.
Plus, this will give me 2 whole chapters for me to plan out what
I want to do for this style change and experiment while making pages.

Changes I have planned so far:
-no more "floating mouths" similar to Sonic characters. That does not work for every species, so I'm dropping it.
-eyebrows will be constant, not just using them only for certain expressions.
-torsos will have more form to them. No more "tube" bodies
-some semblance of shoulders will be there
-possibly shading for each page
-Alpha Forms will be more distinct, other than color changing and being bigger
-Making each character distinct from another of the same species
-Some characters' faces getting an adjustment to look more like the species they are
-some characters' faces getting an adjustment to look more like their actual age
-some characters my get an adjustment in their general appearance
-outfits may have details added, but will generally stay the same

If you have any other opinions on the current style, NOW'S THE TIME TO TELL ME
At this point, it's only going to get me more pumped about the new style.

Btw I'm not expecting any critique on my writing. That is just something I'm going
to have to work on over time. But I probably won't ignore it if you really feel like sharing

To anyone who'll miss the old style, I'll still have occasions where I'll want to draw them
in their "chibi" forms, like for comedic panels, stickers/emotes or merchandise

Oh and don't worry. I will NOT be starting this comic over from scratch.
It will continue where it left off. The world of Fugaia is the same, so there's
no need to do a reset, especially since that'd be 4 years of work wasted