What Was That Noise by Jeschke 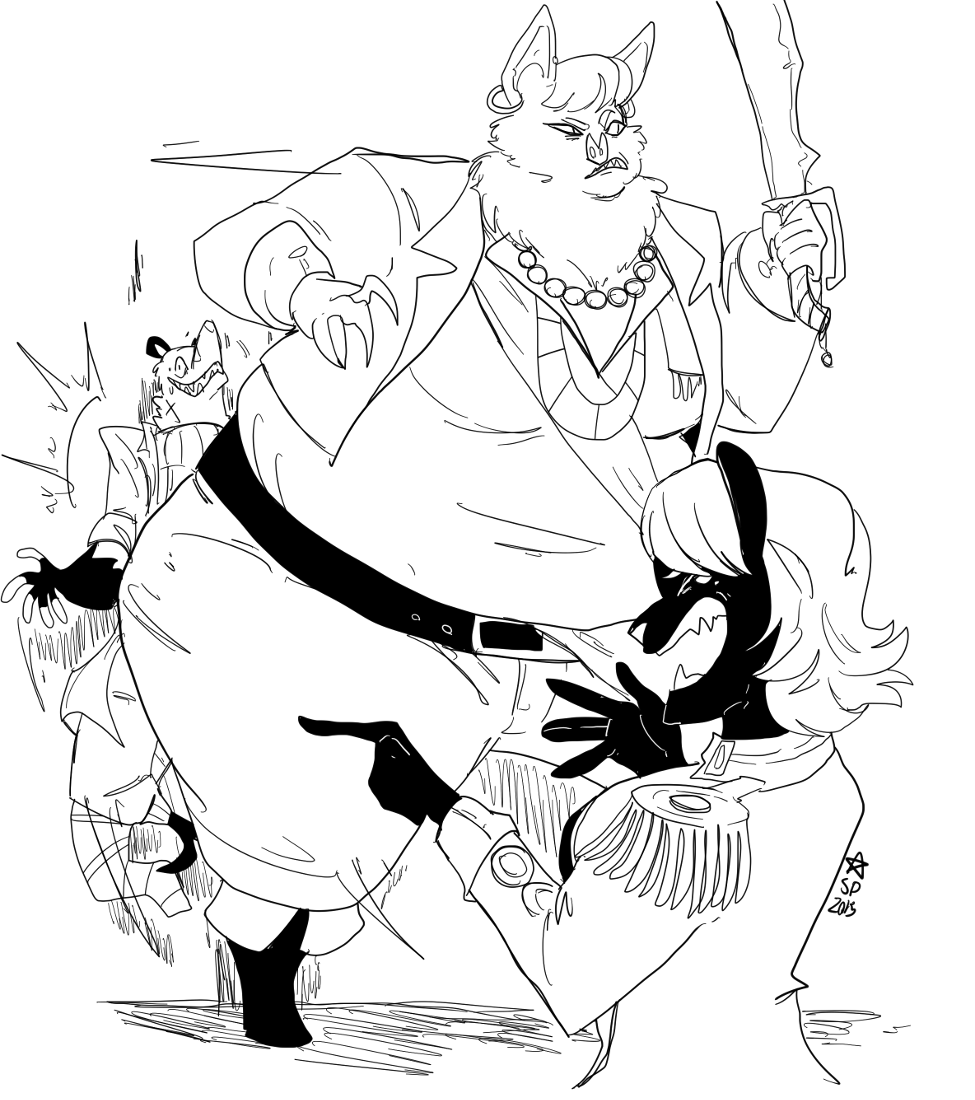 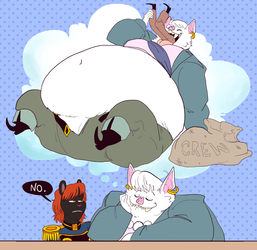 What Was That Noise

Brief explanation: Once upon a time, that guy there became the only person to ever not get slurped up by Marianne, on account of him being so delicious that she accidentally chomped off the end of his tail in excitement as opposed to slurping him up by it. So ever since then it's sort of been a Hook/Croc scenario with the two of them. Which then leads to scenarios like this, where she's chasing him around, hilarity ensues, all that. In this case, he was trying to sneak behind her, she whipped around, now he's gotta keep himself from making any noise despite the tons of bat that's crushing him against the back wall.

Oh yeah and Jane always just hangs around these to laugh at the goings on. :B