Welcome to the Iridescence Studios Weasyl page. This page is dedicated to the promotion and support of the joint writing efforts of

is a professional zebra who specializes in writing scifi/fantasy, post apocalyptic adventure, fantasy, and werewolf fiction. Located in Texas, she is a longtime member of the furry fandom with a penchant for hooved animals.

Please consider supporting me on Lauren's Patreon
Buy Me A Coffee!

is a professional bunny who primarily writes fantasy stories with a furry flavor, though she has been known to dabble in sci-fi and horror as well. Megan lives in Kentucky and has been a member of the furry fandom for almost two decades. She has a particular affinity for rabbits and foxes, as well as equines of various flavors.

Among her publications are
(PENDING) 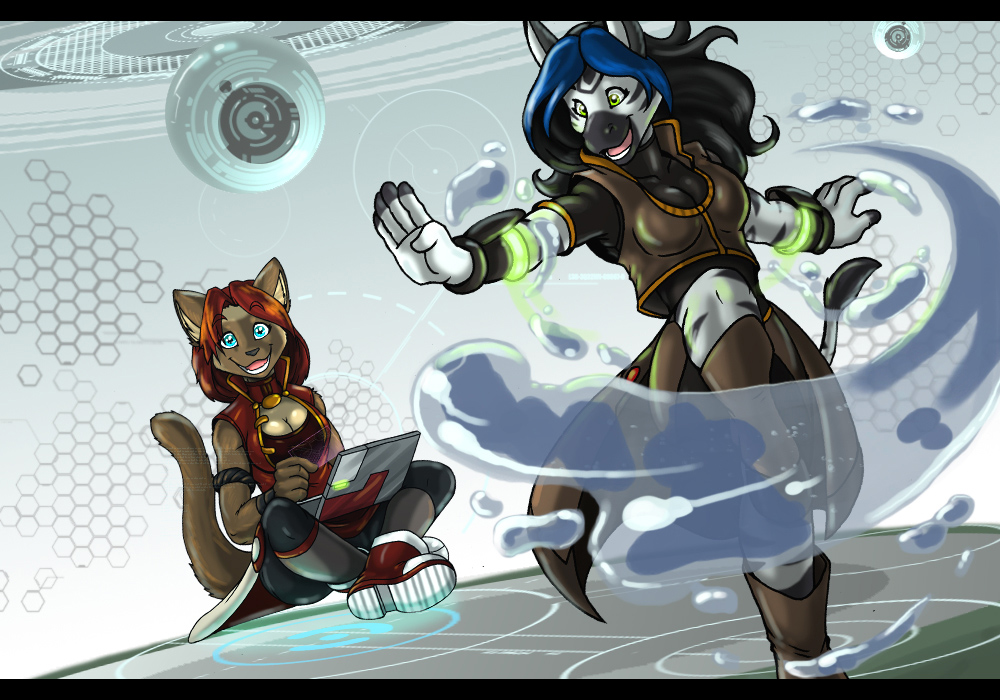 Okay, folks. I have talked about this a little on my vlog, I don't know if it's released yet or not but in any case, as stated above, I have a new job. It's at my old employer, and while I don't yet know what it all entails I am confident and excited to get started. There are still some things to settle up before I can get a routine down, but I think my boss is a nice guy and best of all they'll let me keep the blue in my hair. (This was for reasons never quite elaborated upon a bone of contention at my last job.)

I start tomorrow (mostly orientation) and will arrange for parking and such on Tuesday. Needless to say it'll probably keep me pretty busy at least for a bit but I'm hopeful I can keep up my current level of video production and writing although today was a bit of a less productive day than I'd hoped, but I'm trying to not let it bother me since I've been doing really well as of late.

That being said, it is in a new department which pleases me and will allow me to attend the Star Trek con in the summer.

I'll elaborate more when I know what the situation is, but for now I just am waiting for my car to come back from the shop. It was giving me some issues and supposedly they fixed it but we will see. I'm just hoping it lasts me at least 6 months, maybe 11, before I can afford to upgrade and trade her in for a new model.

I'm thinking about a Hyundai Elantra. The price, look, and recommendation from a fur I know seems to suggest it'll be a good fit.

That's it for now, more later.