MISS NICKELODEON Round 1-2: Voltura vs. Desiree by HazardDan (critique requested) 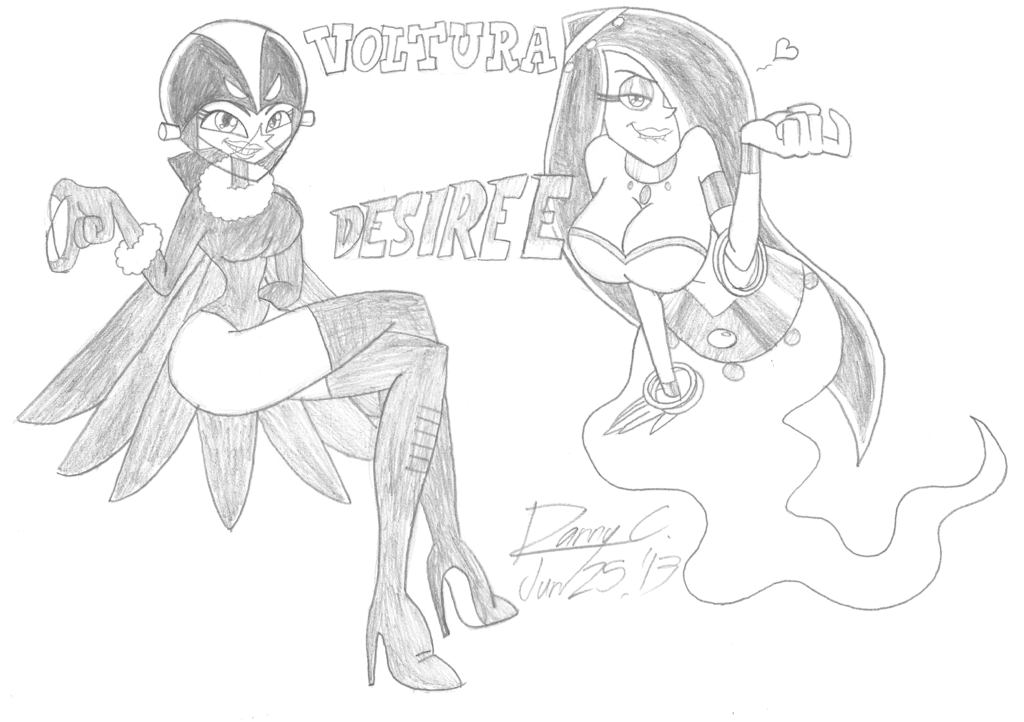 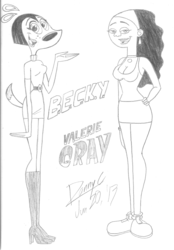 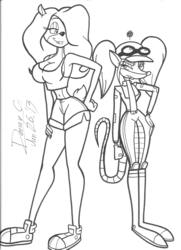 Sweet! The Miss Nickelodeon pageant has had a good start! So now, it's time to move onto Stage 1, Round 2 with the next two competitors- and some likely heavyweights- Voltura (El Tigre!) and the infamous Desiree (Danny Phantom).

But before any introductions, two things:

Voltura (AKA, Carmelita Aves) is a rogue from a family of supervillainesses, "The Flock of Fury", the bird-themed Avez family. She used to date Rodlfo Rivera until she was dumped (for some unknown reason).

Desiree is a world-traveling ghost who grants anyone's deepest desires. Much like a genie, her granted wishes usually have a negative side effect to them. She grows stronger for the more wishes she grants.

Well, these are the candidates, so now it's your turn to tell me who you think should win.

Fun Fact: Both of these characters have had their hearts broken. Harsh? I know.