The Ancient Temple by Ghostbear 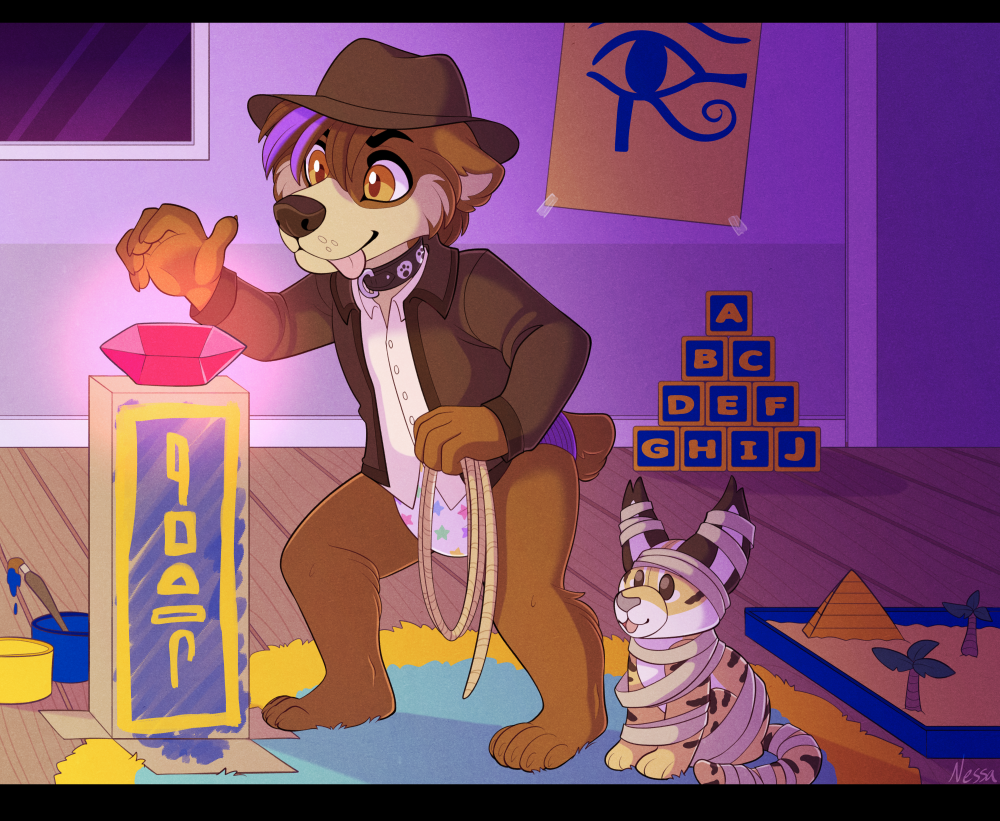 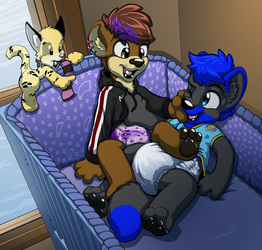 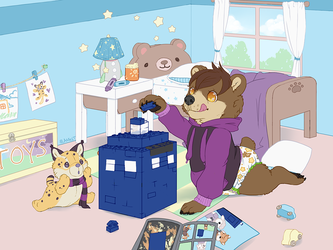 A bold hero, dressed into a sturdy and comfy adventure dress with jacked, buttoned shirt, whip and of course a brimmed hat, was slowly making his way through the ancient Egyptian temple.
The secret old tomb in the shadow of a pyramid was riddled with traps, but Sascha was a master at his trade and so far he managed to avoid to spring any of them.
Now he was almost at his goal. Just there, at the edge of the room was a large red red. A priceless jewel, ready to grab.
Not for personal gain, of course .. the artifact was going into a museum.
Only a few steps closer now... when the bear hybrid suddenly missed one of the traps guarding the temple.
Unknowingly he freed the last guardian. One those old Egyptian priest sealed in to watch over the treasure.
While he was trying to grab the red jewel, tongue sticking out in concentration... the evil mummy crept up to him, it's face twisted into a laugh....

Or maybe it was just the pretend play of a little bear hybrid cub and the fantasy inside his head.
Like the hero in his story he was dressed into the trademark jacket, shirt and brimmed hat ... but somehow lost interest in dressing when it came to his pants, because he wanted to start playing.
So Sascha was happily crinkling around in his pull-up styled diaper, without a care in the world.
A roughly painted cardboard box served as an ancient altar, a little sandbox as the scorching desert and a few building blocks as the pyramid.
And of course there was the ...not so evil... mummy. His plushy companion Sammy was more than happy to take over the role, loosely wrapped into some bandages from the First Aid kit.

A wonderful drawing by the highly talented

sbneko
Adorable and funny and a reminder how easy kids can slip into their little headspace and play pretend. A secret ancient tomb... no problem.
The picture will also, with added names, serve as my roomsign for this year's Eurofurence 23, as the theme for this con is, you guessed it, Ancient Egypt.

Thank you very much this extra dose of cuteness!