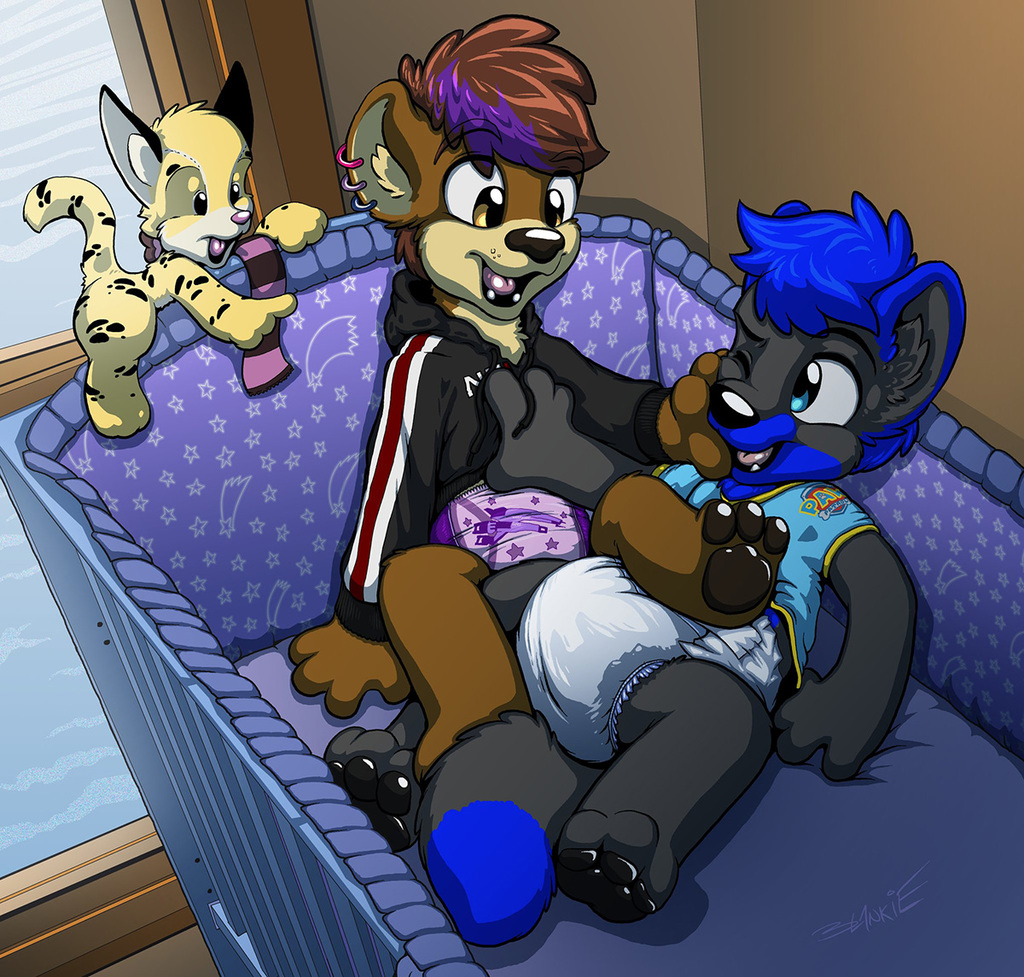 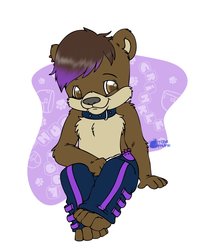 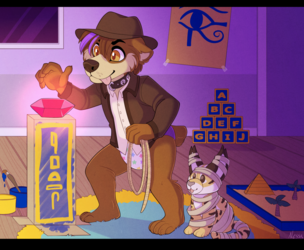 It seems our little friends here are having fun with their playdate. Arthas invited Sascha over and they had a fun day with all sorts of fun activity.
But even when it's about time to sleep and they were already tucked in to sleep, it seems they have still tons of energy left to play.
And because boys will always be boys ... both cubs have engaged in a bit of play wrestling match and roughhousing.
It's probably a good thing that they have Sammy to watch over them, commenting on things (although he isn't much of a talker) ... and keep they boys from playing to rough.
We don't want anybody left crying in the end, do we?
But it seems ... they have pretty much tangled themselves up enough, so that there's no winner.
At least they look cute in their Paw Patrol Shirt and Mass Effect Hoodie with fitting padding.

Have fun, lil ones and sleep tight later :3

Little   foxcub93 came up with the adorable idea of our two fursonas having a playdate.
And he was so generous to invite me into the picture. Thank you so much, buddy .. that was really, really nice of you!! Thankies! hugs
Did turn out really cute and fun. :)
(and I do want those Normandy SR1 Pullups to be a thing ;) )
The picture was drawn by Blankie ( https://blankieplush.tumblr.com/ ). Awesome work. Thanks :3