You are [not] alone

Just of the mill red... Er..brown... Uh... Actually, let's go with orange fox. I got my kinks, like everyone else. Really into bondage as a switch, and quiet a few minor fetishes. I do draw, write, read, game, and I'm looking to go to cons and probably find meets. At the moment, I'm getting my act together after... Well, lets just call it a personal problem occurred. I'll get more info posted about me soon enough. 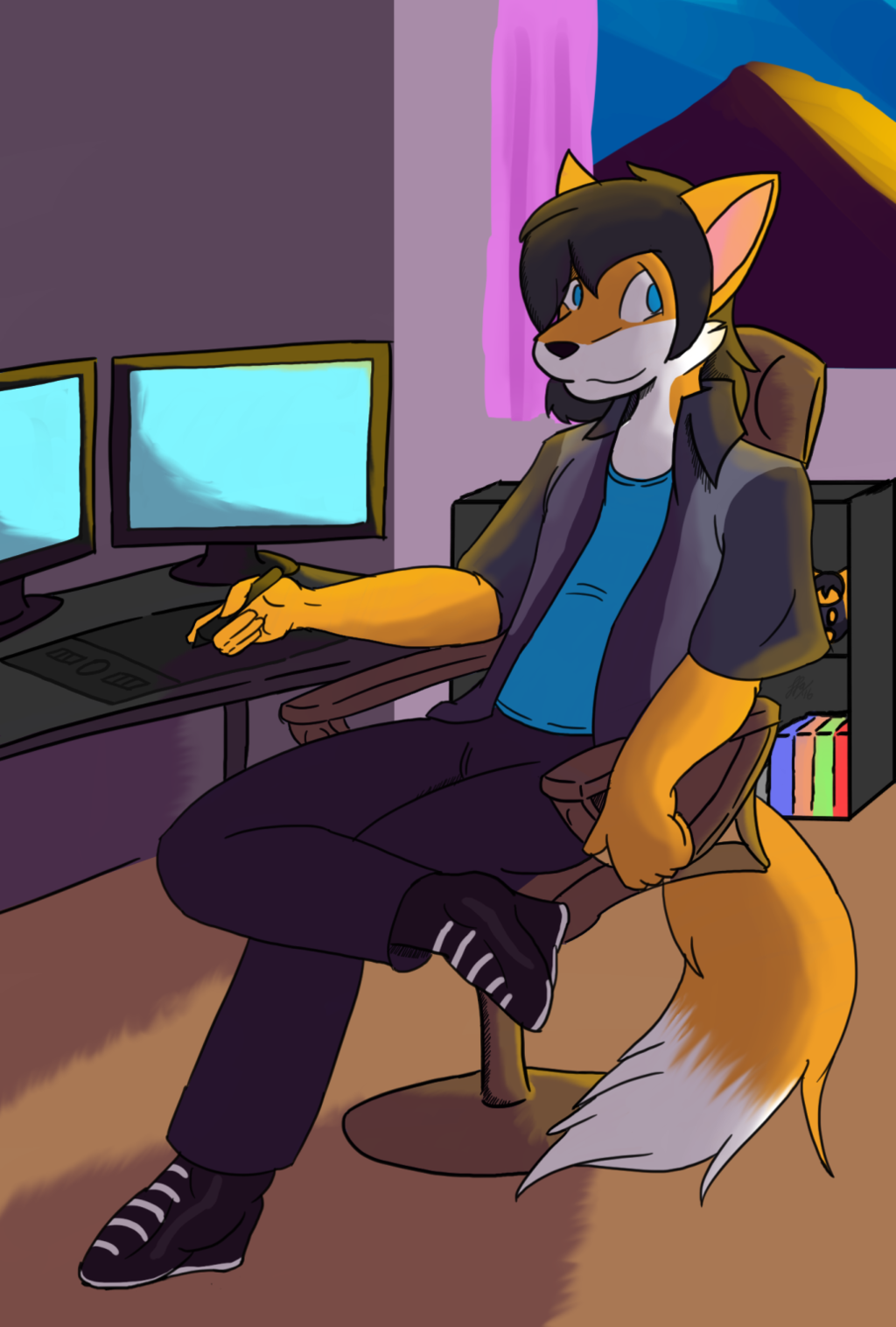 Another year at Texas Furry Fiesta up and done and now for general updating and news.

████ Texas Furry Fiesta
So, it might have just been me, but this year's con ran more smoothly than a lubed bad dragon toy with no ridges. Joke aside, there wasn't all that much trouble this year which is good for security, but the party floor was toned down and pretty much dead around 11 PM Saturday night. There's nothing wrong with that, it just seemed more grandmotherly than young and furry. The panel spacing was awesome but there were two conflicting panels that I couldn't attend both. Ah well, such is life and that's con scheduling for you. They do their best but there will always be conflicting interest.

I did get away with some nice swag and although I should have been more ballsy with a few artist in the artist ally, most of my stuff did come from the dealers den or art show. Friday wasn't a good night for me at the con but I'm not too worried about it. I got to actually hang out and have fun with Neybulot and "Bacon" a while(I don't remember your fA page... if you even have one D:). I don't remember too much the first night and to the fourth hanging out with us, I wish I knew who you were. I would have actually wanted to talk to you and get to know ya.

Saturday morning rolled around and although I was hung over, I did get to the Guest of Honor Luncheon. It was lunch and a movie, guess which one. After the GoH and with a little luck from Steam and Twitter, I met up with iornstone77 and although both of us were pretty quiet, it was still awesome to see him. We kinda got separated after the fur suit parade. Most of the other panels I hit up(or tried to) were art panels to kind of gauge if I'm ready to take commissions or request... just general stuff. After a little bit more practice, I can post ToS, prices and take one or two slots. I'm leaning more towards traditional because while digital has it's advantage, my traditional allow me to work on them any time, number one. Number two, it's a little more satisfying to give or send out commission pictures like that.

But I digress. Sunday was really relaxed... and DEAD. There were still panels but they tore down most everything around 7 except for the dead dog dance. I danced! Well, Hitch lesson of dancing. Texas two step really (>///<). The last few nights, I got to me and talk to Inanimax, which was actually interesting, even if I did make a bad impression by joking around with him.

The con was still good, even if it seemed smaller than usual. A lot of the trouble makers didn't seem to be there, but I didn't loose too much sleep over it. Looking forward to the Mad Scientist theme next year, but I'd like to be more established community.

████ Backlog/Buffers
I do have absolutely no job right now. Let me explain; the company that I worked for terminated everyone and the reason I was able to make it to TFF2016 was a severance package and tax income this year. That's why most of my arrangements were last minute this year. So... I have free time. I need to actually clean out my backlog of request that I keep saying that I'll do, but in the mean time I'll be playing around with new forms of media, like badges.

My queue, if I do open, will be small and it will /NOT/ be first come, first serve. I want to give everyone an opportunity and if I don't specifically say that I'll be doing comms based off what I feel, I will be drawing lottos. I do have a YCH that I should post, but I'd like to create a buffer first.

Thank you all for reading!