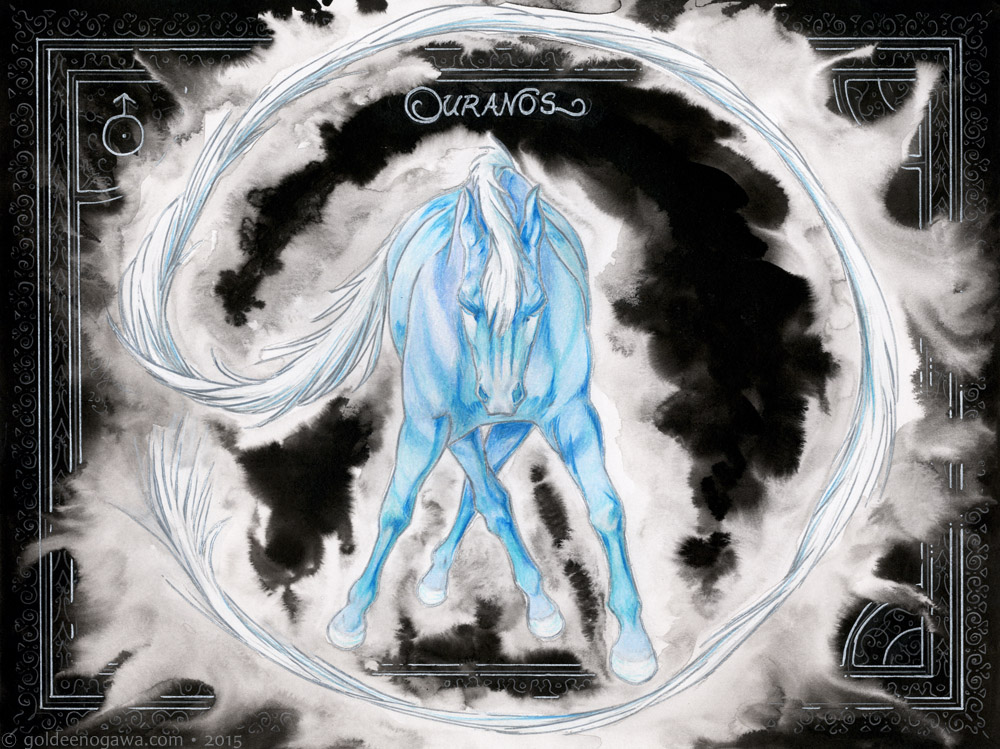 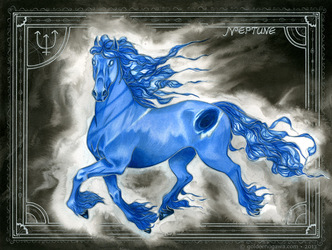 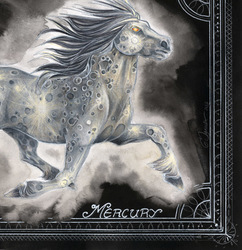 This is a redone version of the original Ouranos of my Planet Horse series from 2013. In this incarnation, Ouranos—third of the gas giants and first of the ice giants—is modeled off both a Lippizaner and an Arabian. They are depicted in a trotting side-pass, or traverse, a reference to the planet’s tilted orbit. Better known by the Latinized version of their name, Uranus was the primordial god of the heavens, the father of Saturn and the grandfather of Jupiter. The patterns running along the left and right borders mimic the arrow of Ouranos’s planetary symbol, while the curls and circles reflect its whirling clouds and vertical ring system.

Though I was pleased with the overall set, I was dissatisfied with Ouranos. Since I’m planning on producing a calendar consisting of the entire Fantastic Equines series, I took the opportunity to remake Ouranos—this time in landscape format. I also adjusted the pose and border, and overall I am much happier with this version. I also changed them from a pure aqua-blue to an “aqua palomino” which I felt added some much-needed variation to the color scheme.

Credit where credit is due: I knew I wanted to pose Ouranos side-passing from the front, but was unsure if I could find adequate reference photos. It is not something horses do naturally, but when they do it looks incredible. Thankfully, I found the perfect reference, and though I took enormous artistic liberties, it heavily influenced the end result.

Original will be going to AnthroCon!