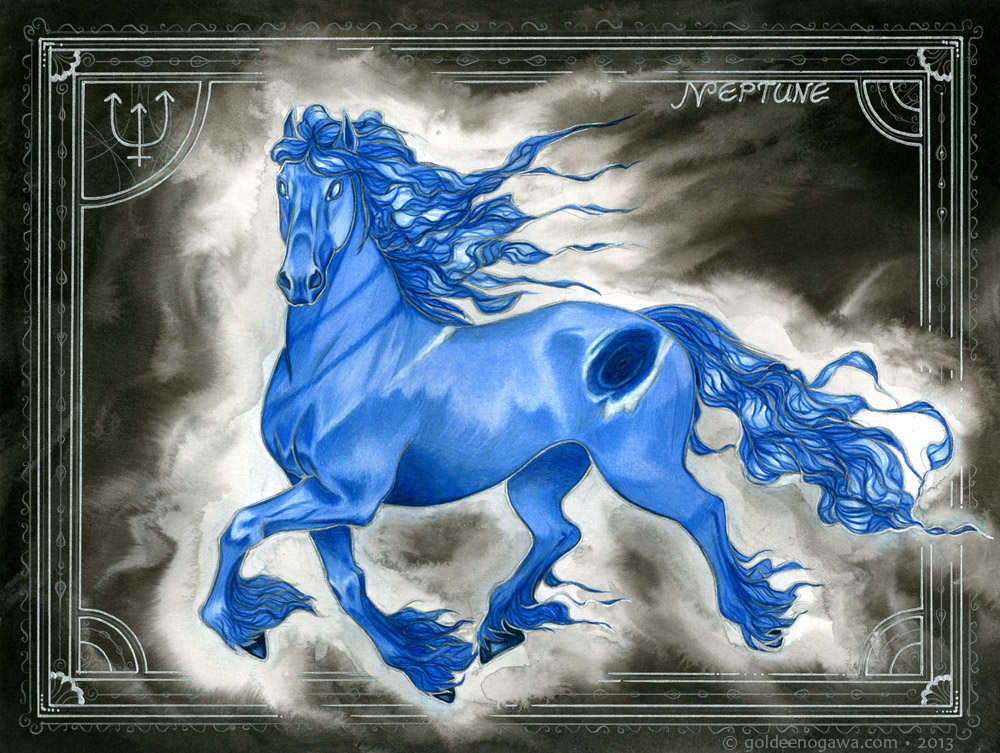 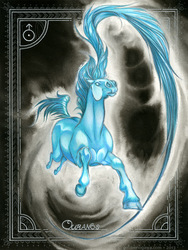 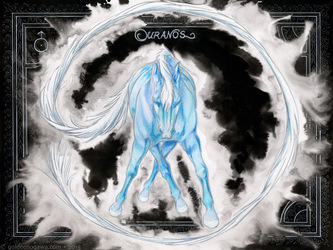 The Friesian horse represents Neptune, the fourth and final gas giant, and the only other ice giant apart from Ouranos. It is named for the Roman god of the seas (who was also, it should be noted, the god of horses and horse racing), the brother of Jupiter and the Roman personification of the Greek god Poseidon. The astronomical symbol for Neptune rests in the upper-left corner, while the filigree and droplet patterns evoke both the content of the oceans, as well as the breakers and seashells.

Last in the series of the Gas Giant Planet Horses, I finished this one literally the day before I had to leave for MFF. It's also my favorite. Because Friesian. :)