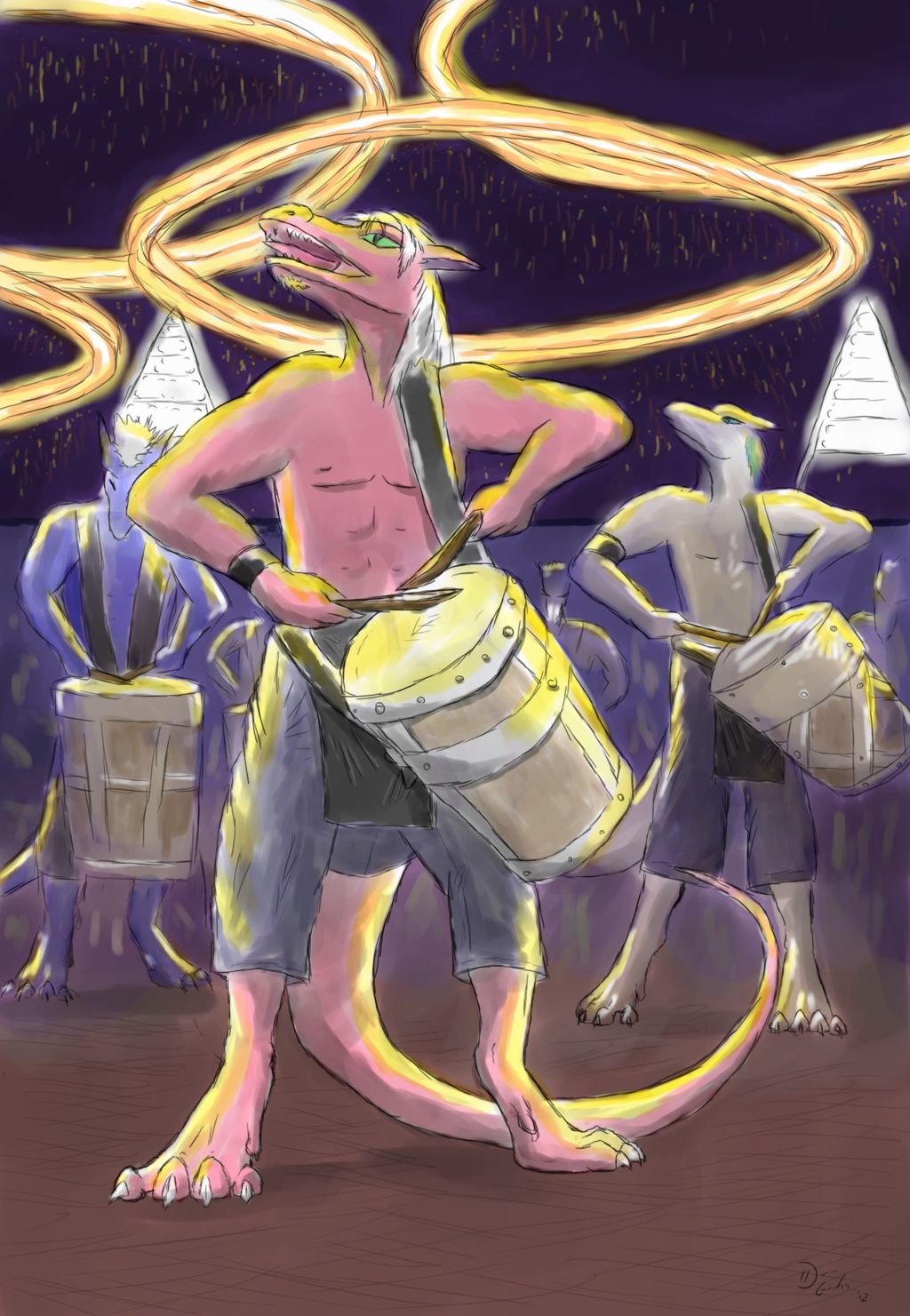 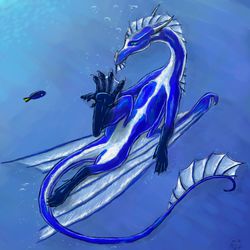 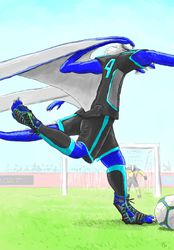 (August 2012) The London 2012 Olympic Games were a really fun and inspirational thing for me, as the Olympics so often are. The opening ceremony especially blew me away. I've since been listening to the soundtrack from the ceremony, in particular Underworld's track 'And I Will Kiss,' which was used during the stunning 'Pandemonium' segment that depicted the industrialization of Great Britain. It really has a strong impact on me, and apparently creates interesting mental images.

When I listen to the soaring and energetic drumming and singing in parts of the track, my brain has taken to visualizing an army of bare-chested anthrodragon labourers, drumming and singing their hearts out. The ground shakes with the pounding of drums and paws and tails, the air shivers with the roaring song. The emotion created by the entire event is stirring, thrilling. It makes you want to stand up and roar along with the song. It makes your blood run hot. It floods over you like a call to war, only it is the opposite. It is a call to all people to come together, to unite in a celebration of life and diversity and peace.