"In all our searching, the only thing we've found that makes the emptiness bearable is each other."

Greetings! I am Doran Eirok:

I am only seldom active on Weasyl. I still upload all my artwork here, but I'm more active on FurAffinity if you wish you interact and be kept up to date.

The licky icon is the work of Snapai, findable by that name on FurAffinity and deviantArt. 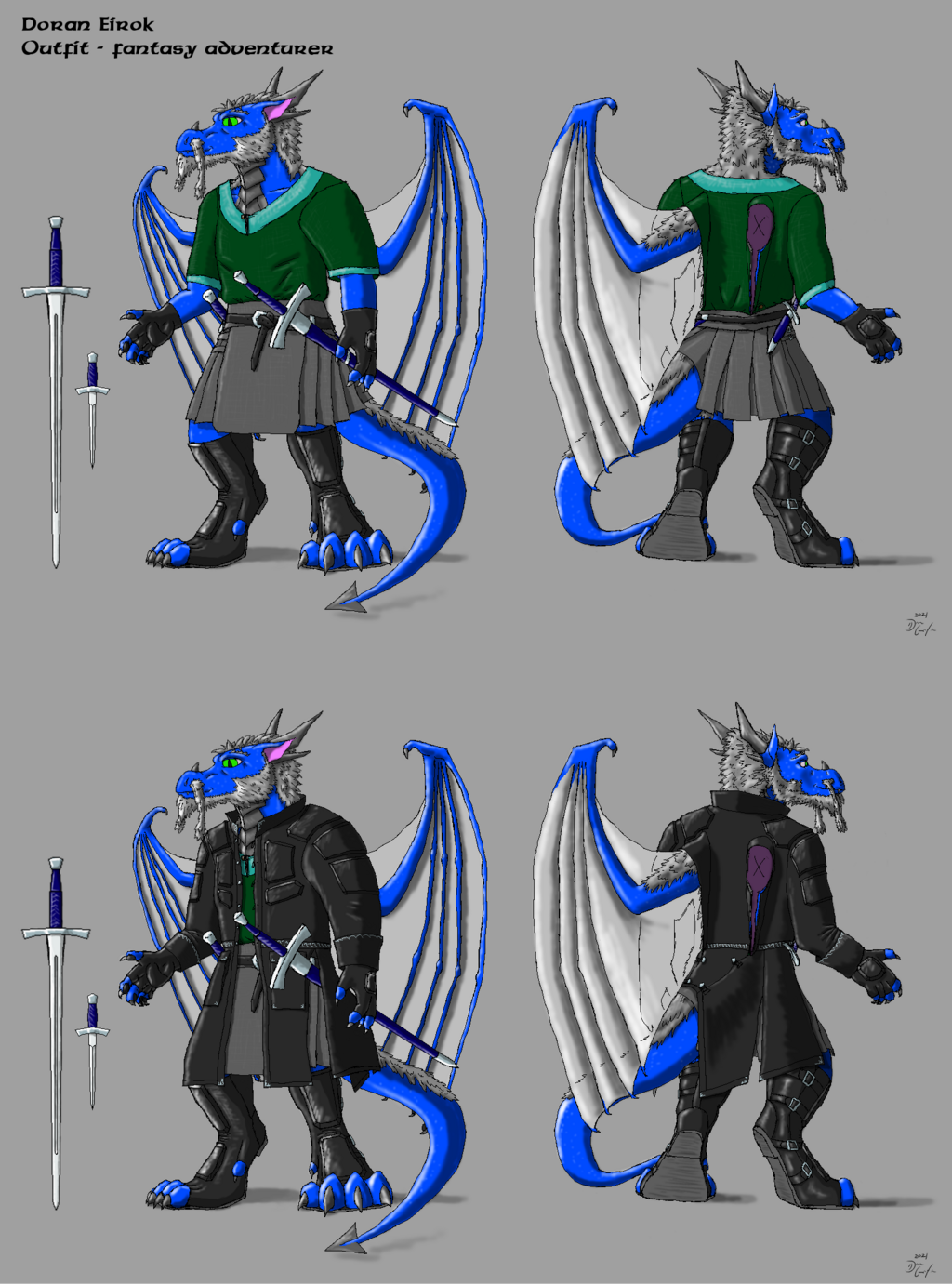 Some of you may not know me that well, so I'm going to cover this once.

Before you get tempted to retort with 'all lives matter', saying 'Black lives matter' never means 'more than other lives.' It's simply a recognition of the way in which society has a deeply-embedded systemic way of valuing Black lives less than others. All houses matter, but when the fire truck pulls into your neighbourhood you don't get to whine that it's spraying the house that is actively on fire instead of your perfectly safe and cozy not-on-fire house three streets away.

Over the past week I have seen hundreds of videos from all over America that have firmly convinced me that the only moral way forward is to massively overhaul the way policing is done. Police need to be held accountable for their actions (e.g. no covering badge numbers or names, no possibility to disable or obstruct body or vehicle cameras), police need to be demilitarised and defunded, and the entire way policing is handled needs to be abolished and rebuilt. By this I do not mean remove all emergency responders from existence, but rather have more specialists that can respond in accordance with what the actual problem is, rather than a single, demonstrably aggressive, untrained and armed institution responding to every incident no matter how out of their depth they may be - These people are handed guns and told to 'get out there and enforce the law or whatever' with fewer hours of training in peaceful negotiation and de-escalation than a hairdresser requires to do business, or than a lot of you have probably spent playing Animal Crossing. If somebody is having a mental health crisis, get a metal health specialist sent out, for example, rather than a police officer who will only see a confusing and potentially violent individual, and who may only know how to deal with them by shooting them. Otherwise, as we have seen again and again, you're only asking for more needless death. When all you have is a hammer, everything looks like a nail; when all you have is a gun, everything looks like a target.

Do not get all 'DEBATE ME' with me about this. There is more and better-written info on this here: https://www.motherjones.com/crime-justice/2020/06/police-abolition-george-floyd/ as just one of many examples, so spend five minutes googling 'police abolitionism' and educate yourself.

What we've seen over the past week are a bunch of primarily peaceful protests calling for an end to racism and police brutality in America. There has been some destruction of property and looting, so sure, there are some bad actors among the protesters, a small minority of opportunistic people who just want to take advantage of the chaos to break stuff. But far more worrying is that undercover police officers have been caught on camera multiple times posing as protesters causing said destruction, just so they could later paint the protesters as destructive and violent in order to justify the use of whatever force they wanted.

Most of all, though, imagery is now everywhere of police in full riot gear being deployed, and acting positively gleeful as they fire rubber bullets point blank into faces and tear gas canisters into crowds of peaceful, unarmed protesters who are threatening no one, and who are in fact doing nothing more than expressing their First Amendment rights in the most unarguable way possible. Clearly marked medics and news teams are being assaulted and arrested, both of which are war crimes. For the overwhelming majority of cases, the police have been the ones massively escalating the situation and bringing violence to protests where there was previously none. Protests in front of US embassies have been sparked by our neighbours around the world, who are rightly horrified and believe that we must do better. I feel like I woke up one morning to find my home country turned into the Galactic Empire if the way black-clad riot-geared stormtroopers abusing peaceful civilians, simply because they know they can get away with it and not face any repercussions, is anything to go by. Racism and racism-based police brutality have been festering in the US for centuries, and the entire country is sadly built upon that foundation, but if anything positive is to come out of what we're seeing now it needs to be that as many people as possible wake up and get involved. Not just by voting out racist Republicans, because even the mayors in many of the cities that are subscribing to the false narrative of 'violent protesters that must be controlled' and declaring curfews are supposedly Democrats. Take it further - sign petitions, send messages to your elected officials at all levels of government demanding the demilitarisation and defunding of police departments, educate yourself about what other possibilities exist, and listen to Black voices and hear what they have to say about all of this. Let them speak for themselves and hear their stories. And most of all, if you're like me and have the privilege of taking the easy way out and just sitting on the sidelines and telling yourself 'this doesn't directly affect me' or 'it's all too negative and I just don't feel like dealing with it so I'm going to ignore it', I implore you: DON'T. What I would ask you to do above anything else is to Just. Fucking. Care. About. Other. People.

I'm white. I've been safely protected by the privilege of that my entire life. I've had very few direct interactions with the police, and when I have it never even occurred to me that it was likely to end with me being riddled with bullets or pinned to the ground and choked to death. I don't know what it's like to live with that constant fear every time I go out of my door, but I do know that nobody should have to feel that way ever.

I live across the pond now, I'm unlikely to be able to physically show up to any protest marches, and frankly if I did live in the US I think I would be too afraid to after what I've seen. But it's important to me to find whatever I can do and do it, through voting, donating money, signing petitions, and making my views known to my elected officials. As I've said before with other political issues, one person doing these things doesn't make a lot of difference, but if enough people get involved it adds up.