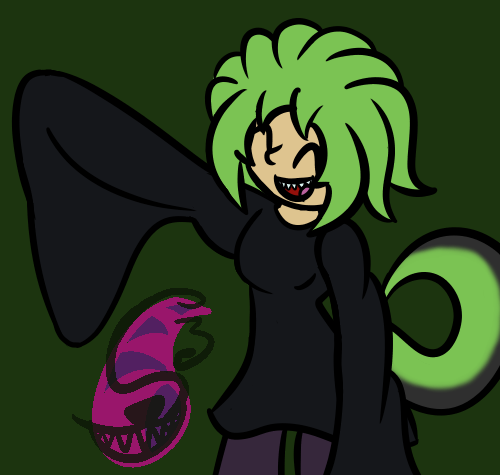 Welp, vanished for a few weeks... Time for a Life Update!

As always, big thanks to keirajo for the idea and continued support and interaction. x3

ANYWAYS, UPDATE ON LIFE AND THINGS! So I said I'd be showing/saying gifts that I got for my birthday. I only received one piece of B-day art, BUT it's very very adorable. It's by keirajo and is called Gift for Cyph3r, and is of my character Cicilia.

Other B-day loot includes a 50 dollar PSN card, which I quickly blew 20 bucks on "God Eater Resurrection" for my Vita, and then 10 bucks for "LittleBigPlanet 3" for my PS3, and final 20 on "Ratchet & Clank Collection", again for PS3. As well as some games on Steam were given to me. A friend gave me "God Eater 2 Rage Burst", which also gave me "God Eater Resurrection" for my Steam account, although NEITHER game will play on my computer for some reason... It starts, goes fullscreen, then it's black screen, blue screen, then crash... Yeah, I dunno... ANYWAYS I did get a couple other gifts on Steam, another friend gave me "Broforce" and "Strike Suit Zero: Director's Cut"... And I'm... Hoping... That today I get a NEW model 3DSXL, the charger for, and "Pokemon Omega Ruby". 83

Other news includes... My wrist being super fucked lately... I can't draw for shit at the moment without my wrist hurting and it's bothering me. Can't even find my compression glove currently... Argh... Either way... Been a fair month so far.

If you cannot pay in normal, then looking in my Steam account Wishlist ( assuming most have a Steam Gaming Account in some fashion ) , you can find a game effective to how many commission pieces you want of a certain detail and instead do that, but do send me a message beforehand to my Weasyl Inbox so I am not confused. But as a note, I, like many other artists, am trying to make money so monetary payment is much more preferred.