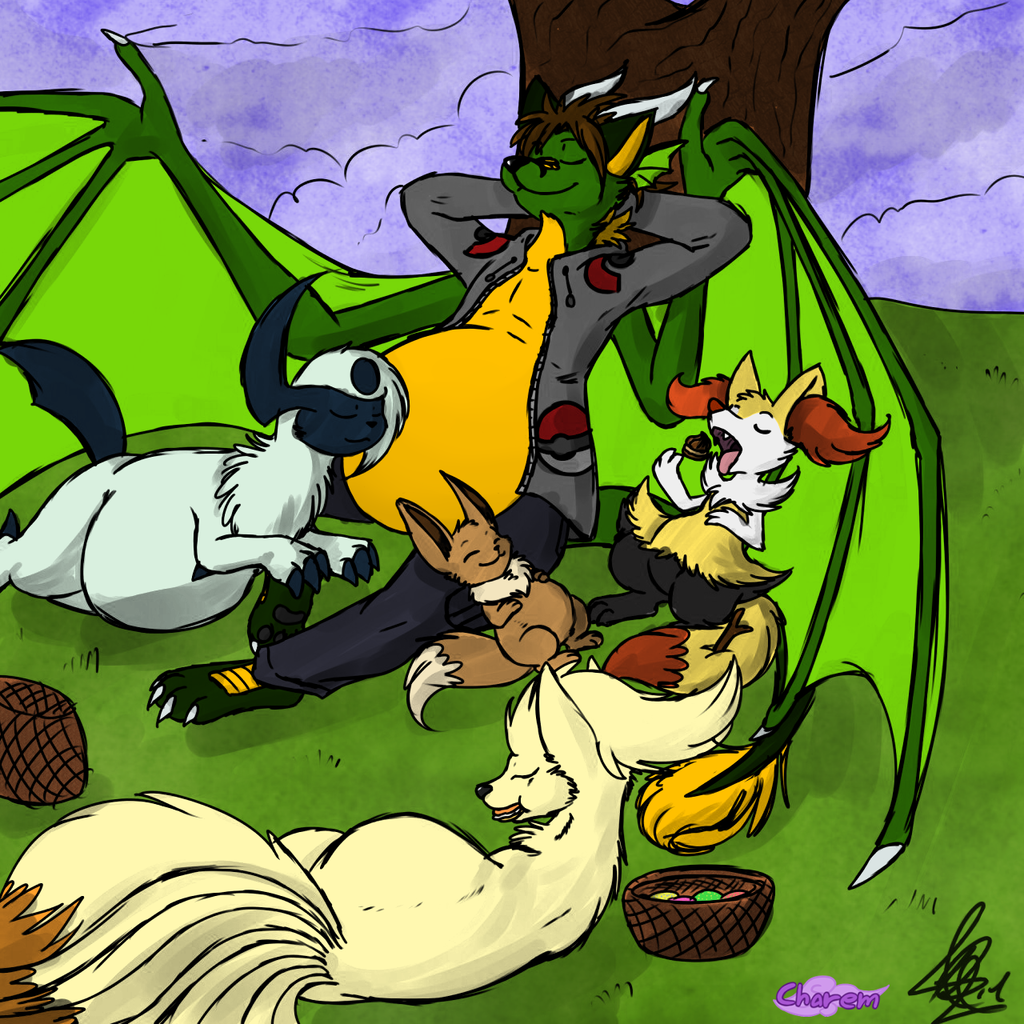 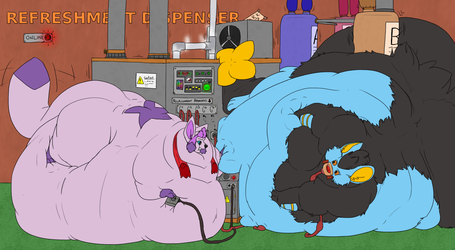 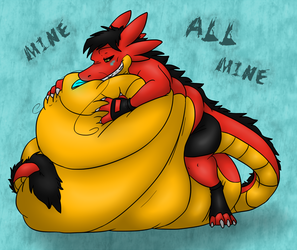 Trainers and their Pokemon often work hard at becoming the best they can be. For the Pokemon the work of training and fighting is obviously important, but even the trainer needs to stay active in order to best work together with his team. It can be pretty grueling, all said, to become an effective group!

Of course, all that effort would be lost if you didn't take a moment to step back and relax now and then. Bonding is a gentler, but just as important step in becoming a strong team...and a good group activity that allows everyone to get off their feet/paws for a while is certainly just the ticket for that.

Zeek the Kitsuragon knew this, and proposed a day of rest and relaxation for his team. Gathering up many, MANY baskets of Pokepuffs and Poffins, he found a peaceful spot on the side of a route and set up a simple, but tasty, picnic. His Pokemon certainly appreciated the meal, and ate and ate and ate up nearly all of the Pokemon-approved snacks! While trainers don't normally eat Pokemon food, Zeek indulged in the food as well, packing his gut just as roundly as all of his well-weighted companions' bellies! After all, what better way than to bond than by sharing a lunch? (And besides, Pokemon food was quite delicious!)

Stuffed and sated, the team reclined happily around the grassy field, all glad to bask their distended tummies in the sun~

Hehehe, what a cute picture this was to work with. <3   shikaro is the original artist of this (see their submission here), which was done as a commission to   gdzeek starring Zeek and his team. ^^ Recently, Zeek came to me seeking a coloration of the work, and so here we are. ^^

I had to greyscale the original image in order to color it (as I had no project file), and I made a few edits to the lines to touch up a few things, but otherwise this was a pretty straightforward coloration. :3 Shikaro's lines were very nice to work with, and I was able to retain his original shading. I branched out a little with the environment to give it a painterly effect, which I think came out nicely as well.