[COMM] Rich Refreshments Rightly Rotund! - by IF & Me by Charem 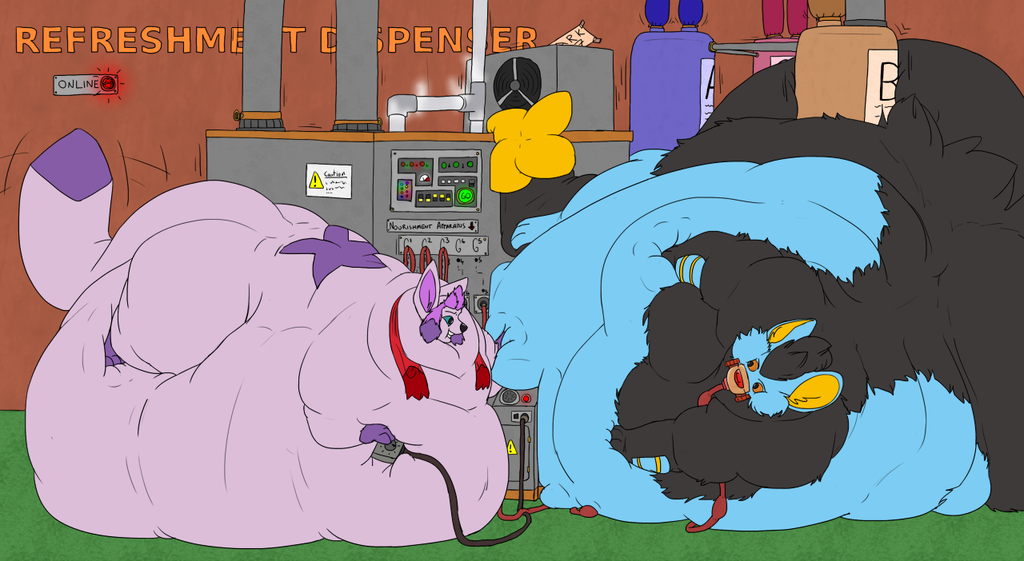 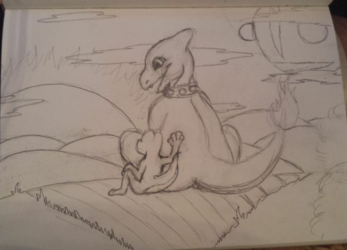 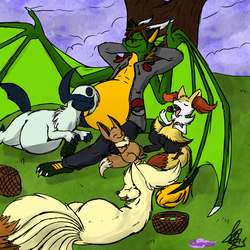 [COMM] Rich Refreshments Rightly Rotund! - by IF & Me

Adam is quite the tinkerer. Always seen as sort of a scrawny Glaceon, he made up for his lack of physical strength with an inventive mind, and is always designing many robotic devices and machines to meet his numerous whims~

One of his more-successful (read: it didn't immediately explode, like some inventions do) contraptions is his Refreshment Dispenser. It basically takes up most of a room with all its moving parts, pumps, pipes, vats, and circuitry, but one can't argue with its results. It WILL assuredly sate whoever it's supposed to refresh, using whatever food, drink, or other edible substance it's supplied with!

Of course, you can never be certain if a machine will work until you test it. Adam was hungry enough to stuff himself silly, but just to be SURE, he convinced a good friend of his, Jordan the Luxray, to also volunteer himself as a test subject. Well, not so much 'convinced' as 'tricked', but it all works out the same in the end, right?

Good thing the room the machine is housed in was more than big enough for it, though; the rest of the space was needed for the portly Glaceon and especially his ever-blimping Lux-friend!

This was a pretty dang cool commission me and   imperfectflame did for   thataccountyouknow/Jordan, starring Jordan's Luxray self and his brand new character Adam the Glaceon!

It was a BIG project - in more than one way, clearly - but it was a lot of fun to put together. You'd think a flat coloring wouldn't take too much time, but with something as detailed and HUGE as this (seriously, look at the full size that I linked at the top of this description, all the details are FAR better in full size)... Well, it took a while! ^_^; The machine was fun/hard because I chose to give it glows and lights and texturings and steam and stuff...to really give it a sort of complex and slightly jury-rigged appearance. It's appropriate to Adam's character and...lack of safety regulations. ;3

Gosh, I still just love how Flame drew the two Pokes. Jordan really knows how to fill a room with his presence, doesn't he? <3