I'll be on Fanexus tbh 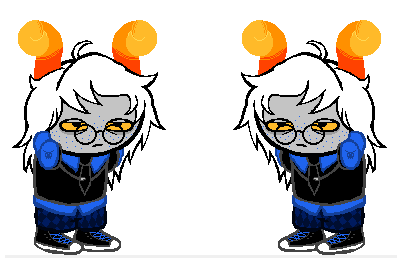 ...And plugging my SubscribeStar while I'm here!
https://subscribestar.com/captaincassidy

I don't really use dA, FA, or any other sites for just general talking. I'm pretty skittish of them, since fandom has become very toxic in the last few years. Heck, not just fandom-- but the art and writing communities in general. I can speculate on "why" all I want, but that's not the point of this journal.

The point is to talk about Dreamwidth! It's an actual blogging website where people can talk about whatever they want. Harassing other members will actually have action taken against the harasser, too, which is wonderful. It's been a sort of pair with LiveJournal for going on ten years, and it lacks the purging of content that LJ (and tumblr, and FF, and...) went through. People can use it for professional articles, reviews, stories, and roleplay, and I really love the diversity it allows!

I have a bunch of RP accounts on there! I used to be BIG in the RP scene on tumblr before harassment got so bad. I've migrated a bunch of my stuff to DW because of it, and although I'm not super savvy in DWRP, I really do want to see more people play on there. Especially more fandom people, because I'm super into Transformers and Wings of Fire and would LOVE to play with people, with my OCs and canon muses (Megatron, Sky-Byte, Mastermind...).

So if that sort of thing interests you, here's a rundown of what I have on there!

CaptainCassidy is my primary DW!
Ronoae is my NSFW one!
RaptorDyne is where I talk about spiritual stuff.

My primary group is Breakbox_Muses, where I put all of my muses/character accounts.
I also run OCRP_Hub, which is a general RP community for OCs.
There's SURP which I run from my SU OC RP account, and TheHiddenWorld for HTTYD RP.
There's also Transformers_Cybertron, Dont_Starve, How_To_Train_Your_Dragon, and Wings_Of_Fire, all general fan communities!

I also have more general groups, such as PromptRP-- made in the vein of Cherubplay/Charat/Cherp, a "problematic" prompt group, and Proship_Prokink for those who want to rant about the harassment and/or talk about their ships and whatnot without fear.

Some of these groups are 18+, but most aren't. Any content like that can be tagged on DW and becomes unveiwable to minors (pls kids stay outta there lmao)!

So if you're looking for places to actually interact with me, Dreamwidth is your best bet! It's also a much more stable platform in its rules and interface, and any problems with it are solved in a timely manner. It's absolutely the golden standard of "site whose mod team gives a damn."

Eventually I'll probably be on BobaBoard and Fanexus as well, if they ever get up and running.