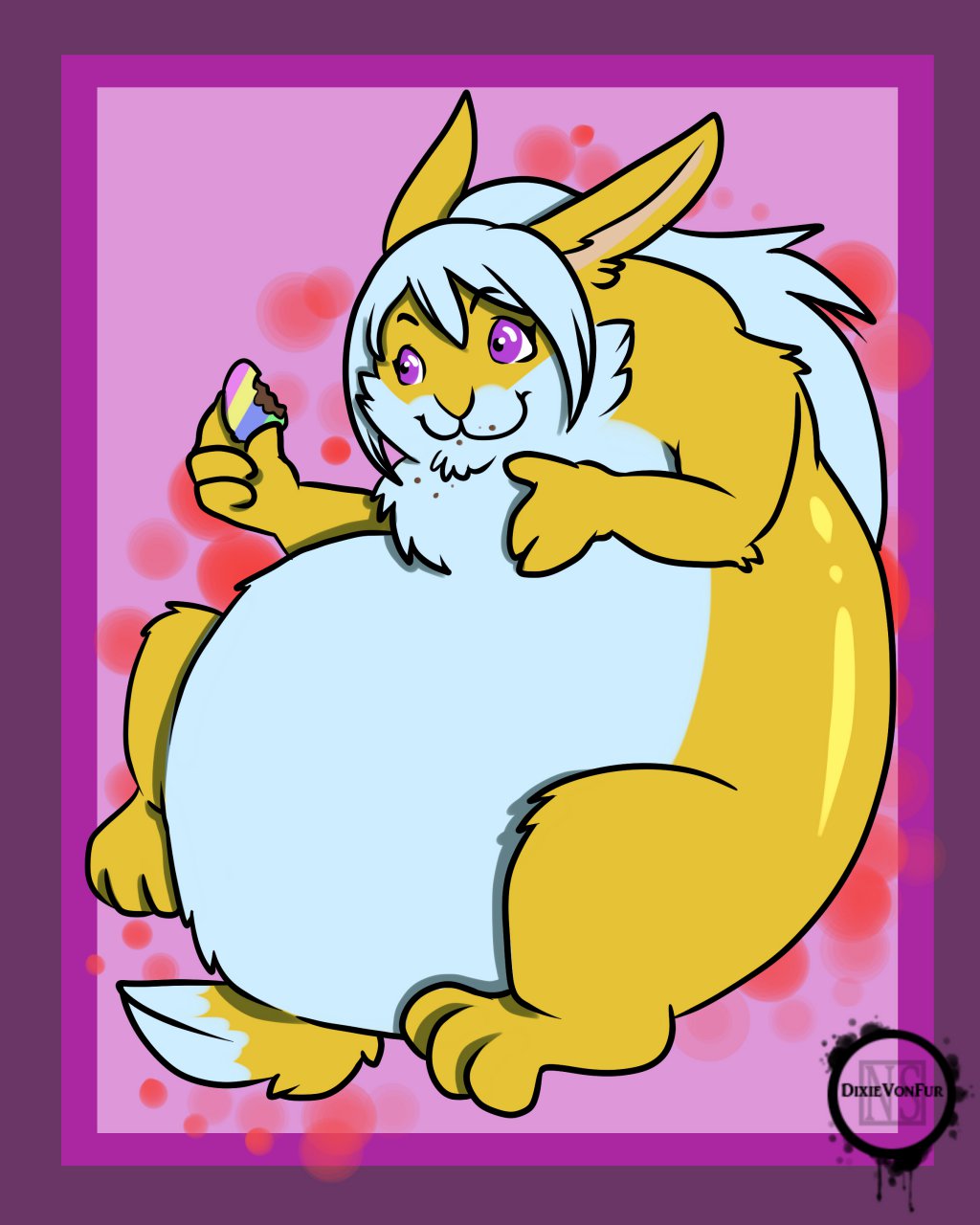 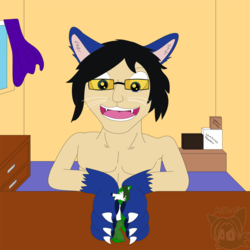 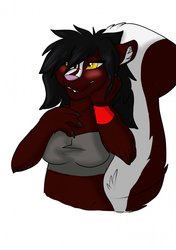 Easter Treats of Another Kind (PlagueBug)

Easter was in full swing, despite not much being different in the mood of the air around the city of Weron. Exchanges of the most prevalent kind were so often talked about on the radio and television stations, yet little was spoken about what else could be done with the day. Jackie wished that she could spend that Sunday with her true love Ron, but he was away on a fortnight long tour with his Death Metal band, and would be arriving in Sweden very soon. But as a form of repaying her, he'd left her a basket of some of the Easter eggs he'd found in the hunt they'd won together the day before he'd left.

But when she bit into one of the larger eggs, something took hold of her entire body, encasing her in a numbness that immobilized her every muscle. Before she could question herself what was going on, her body's shape began to shift, something that was beyond her magical powers. Before she realized it, each of her limbs changed shape one by one, followed by each inch of her torso, then her tails, and finally her head, before, as suddenly as it had gone, her sense of touch returned. She tried to move, but her body felt much different than it did before. One look at herself in the reflection of the cooker's glass, and rather than freaking out, she giggled to herself. She'd turned into the very thing that Ron had joked about if she ate too many Easter eggs; a very bloated Easter bunny, with the egg still in her hand. She couldn't wait to see what he would think of her appearance now.

"Oh, Ron just might like this!" smiled Jackie, eating the rest of the egg in one bite.

A little late though it may be, here's a special Easter themed picture from DixieVonFur, showing my kitsune as a fattened Easter Bunny as a result of eating too many eggs. Who knew that chocolate had the power to transform? She certainly doesn't look displeased by her new form at all. ^^