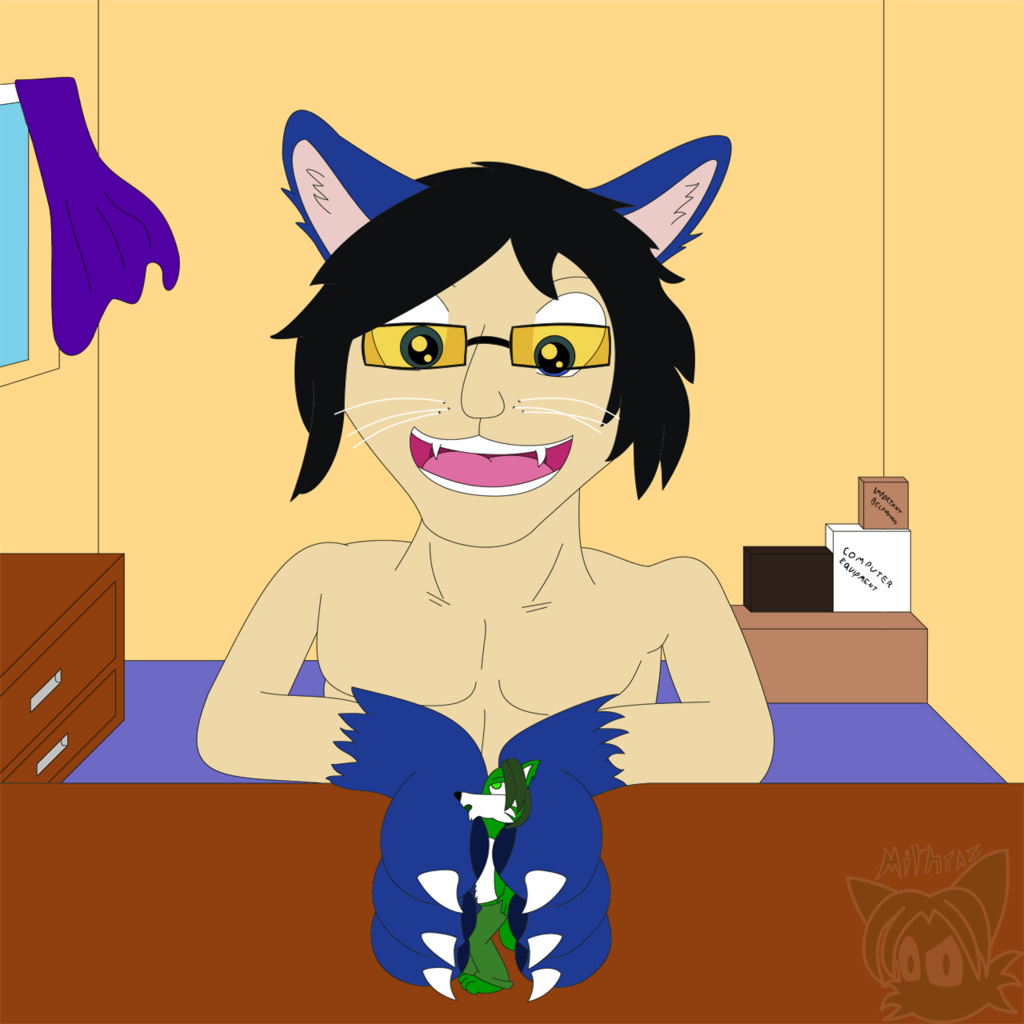 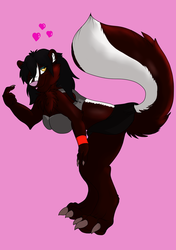 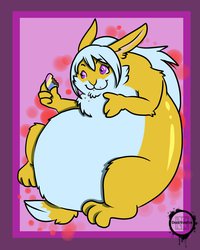 Throughout the past few years, adventures had come on a frequent basis to a catboy who was in some ways prolific where he had come from - a large and beautiful town in South Triston by the name of Smokestacks. While it had a lot of fantastic sights to see for a landlocked city, it also harboured a high rate of crime and hostility to non human species, which had eventually led to him being viciously attacked in a bar while he was with his friends several months before. However, he had planned to move anyway, now that he'd found a night job as a barman in a town named Burr, situated almost 100 miles north of where he was now. And it was something that had fulfilled one of his aspirations, thus he was looking forward to beginning his first day despite the drastic change in his circadian rhythm that was needed.

The immaculate blue suits he had been sent as a welcome gift were what greeted him when he moved into his new home, another small apartment that welcomed him right in from the moment he first saw it. But even as the sun beamed through the apartment, things would not go without a hitch. Just as he'd paid the removal assistants for their assistance, he noticed a small creature on the kitchen worktop, instantly bringing his feline instincts out from within him.

"Hey," he said, "where'd you come from?" On closer inspection, it looked like nothing he had ever come across before - rather than an insect, it looked like a very small fox, green and white in colour and looking as lost as time and space. A smile crossed Wesley's face on his sight, and it widened when they met eyes.

"Where am I?" inquired the tiny fox, his voice barely audible even to the feline's very sensitive hearing. "I don't remember how I got here." Then he conjured an idea.

"What have we got here?" smirked Wesley - a guise for his need to play with him. "I'll get you to a safer place." Feline instincts beginning to flare, he grabbed him with both of his paws and took him to the bedroom, laying him down on his chest of drawers. However, he did not release him, instead keeping him compressed between the pads of each paw.

And here we have a great piece of artwork from Leaf-Mithras, showing Wesley when he moves home for the second time. He quickly settles into his new home, and before he has even started unpacking, a surprise has come his way - none other than a Micro in the form of Leaf. And of course, Micro + Feline instincts = Chaos. ^_^ Cheers for doing this, mate!