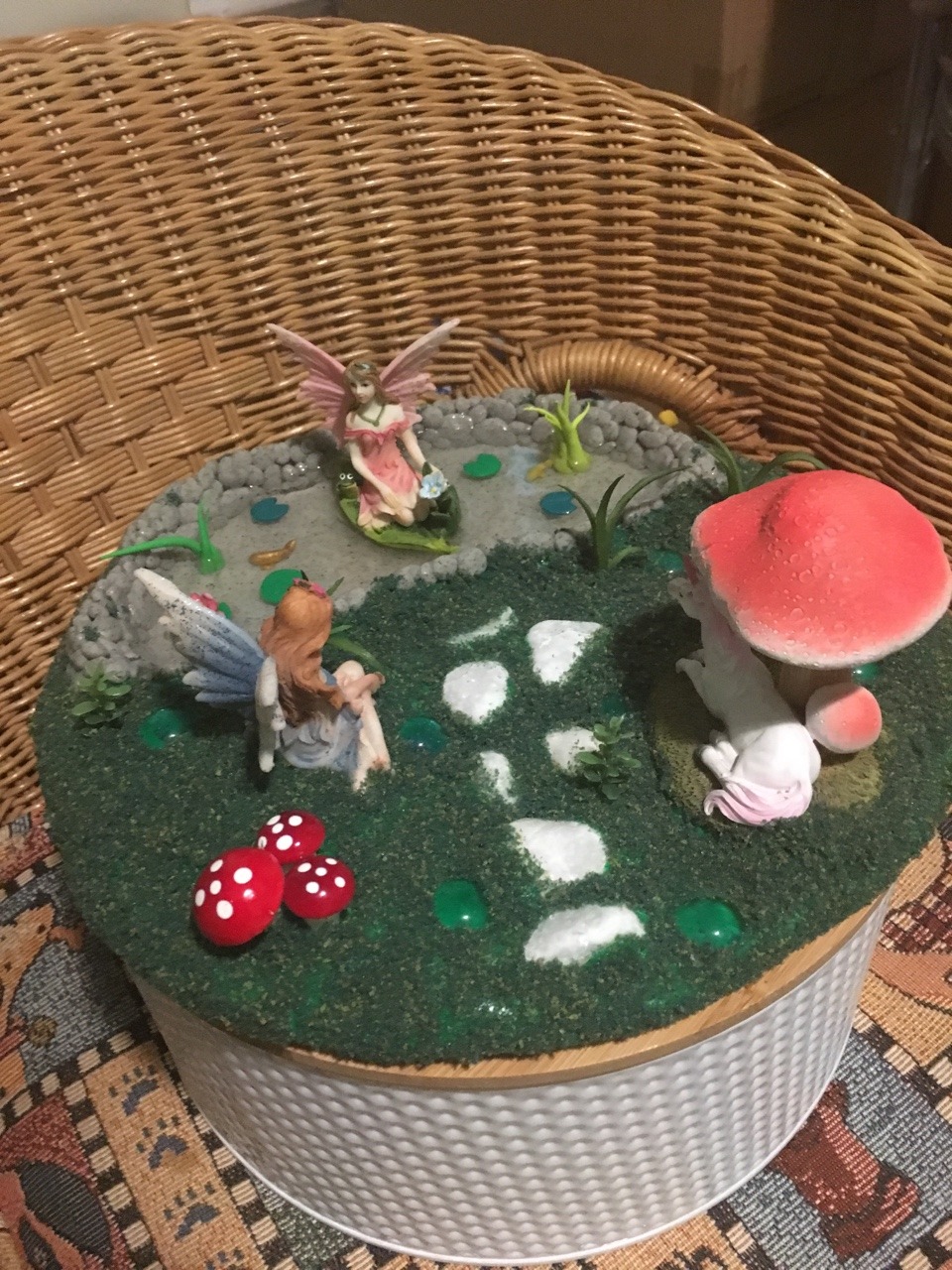 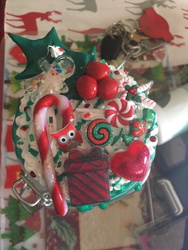 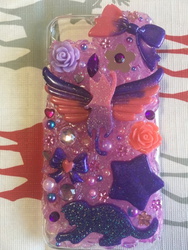 The fairy garden trinket box I did for my sister in law for Christmas.

This took about five days to finish. I made a base out of foil so I wouldn't use up too much clay, then I used clay I don't use for the bottom so I wasn't gluing foil to the container lid. Then I use three packets of grey granite clay for the pond (OMG I was sick of making tiny pebbles by the end of it) and nearly two packets of green clay for the grassy area.

The white stones, mushrooms and fairies were from the Australian version of a dollar store (but most stuff is more than just a dollar, it's just a super cheap shop) and the unicorn with the mushroom was from an expensive gift shop.

I used resin for the water and polymer clay for the lilypads and reeds. And I destroyed a plastic plant for the reeds outside of the pond (I was unsure on how it would cope with the resin since plastic rhinestones dissolve in resin) and finally I used green turf that's usually used for making miniatures instead of texturing the clay for the grass like I did with my pond fairy jar lid.

All in all, I am really happy with how it turned out, and I learned a lot. The stones are kind of dusty and so even with bake and bond, the clay doesn't like to stick to them until its baked. and the grass stuff likes to go EVERYWHERE!