I am the cartoonist responsible for Internet abominations Witchprickers, Guttersnipe, and Murry Purry Fresh and Furry. My work has appeared in Furrlough, Genus, Golddigger, and Monsterhaus. My first graphic novel, Malleus Maleficarum, is now available from SLG Publishing.

I also cohost the podcast SHOW with Aurelina. We talk about fat fetishism, furry abominations, weird websites, crazy old movies from the thrift store, and other hilarious horrors that you should know about.

I like fat girls and sometimes I draw them.

Most recent: Firebrat: The True Meaning of Christmas 4 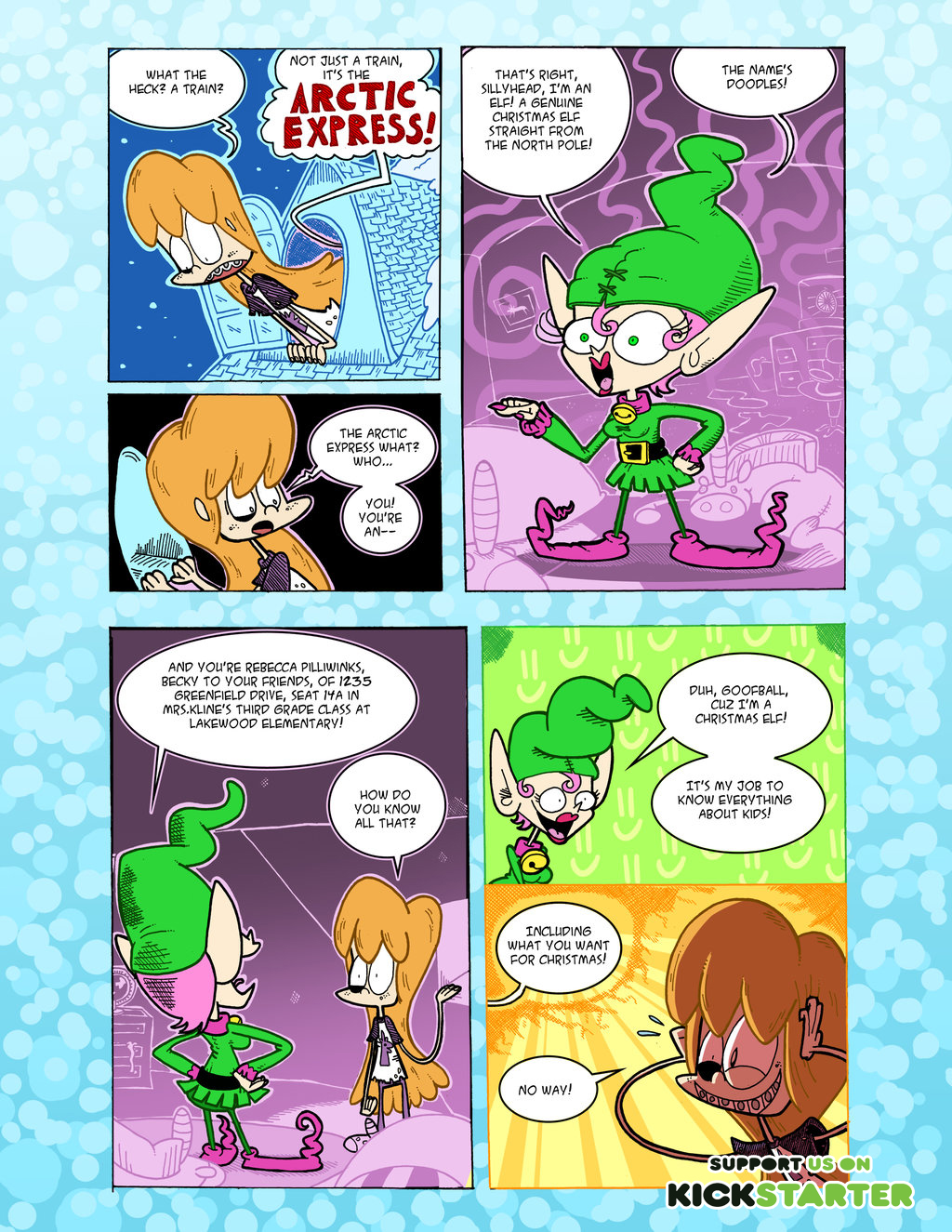 The Only Honest Review of Ghostbusters on the Internet

There are a lot of reviews of the new Ghostbusters movie out there written by tedious Internet nerds determined not to like this movie because they have a vendetta against clickbait media think pieces. You can’t trust those reviews, because those plebians hate everything that’s unfamiliar because they don’t like having to think about things too deeply. There also are lots of positive reviews praising the comedy chops of the stars (true) as well as negative reviews criticizing the generally lackluster plot (also true). HOWEVER, there was ONE major glaring disappointment I had with the new Ghostbusters that I haven’t seen anyone mention.

As a kid, I was literally the biggest Ghostbusters nerd ever; there was a period in my life when I couldn’t even conceive of any other idea for a movie other than busting ghosts. Cuz it just makes soooo much sense! It’s such a natural idea! What other movie could you possibly make? So anyway, I was gaga for Ghostbusters throughout most of my childhood. My wife didn’t see the original film until she was an adult, and, while she enjoyed it, she doesn’t have the same affection for it that I do. So naturally we had very different perspectives on the new movie.

My wife really liked it. She liked that a lot of the things left unexplained in the 1984 movie (Why did they want to catch ghosts? Why was Gozar suddenly attacking now?) were explained in the remake. I’m less concerned with those details, so I wasn’t too upset that they were left open in the original. But in any case, I liked the new Ghostbusters too, generally. I’m happy to say that the trailers, which all made the film look terrible, were pretty misleading. It’s actually a pretty fun frothy summer comedy with a lot of good, solid character moments and genuine laughs. I had a lot of nitpicky problems with the movie, most of which boil down to the fact that it’s different than the original and, since I saw the original when I was 5, nothing will ever come close to matching it in my imagination. That said, if I had seen the remake when I was 5, maybe I would like it just as much as I currently like the 1984 Ghostbusters.

First, the good: The four leads are all great. It’s ironic that the all-female cast, the very thing that originally set off the idiot Internet shit storm that’s plagued this movie for months, is actually the best thing about it. All four leads have a great chemistry together and easily recreate the breezy banter that made the original so much fun. A lot of reviews finger Kate McKinnon’s Jillian Holtzman as best of the lot, but I honestly think she’s kinda weak. I gather she’s supposed to be the wacky one, but, apart from having weird hair and wearing goggles, she’s really not all that noticably wacky compared to her cohorts. I actually think that Leslie Jones’ Patty Tolan is the best. Jones had the thankless role of playing the straight man to three weirdos, but she ends up really owning the part and shining as the bewildered everyman. The trailer made it look like she was going to be the stereotypical sassy black woman who mostly shout OH HEELLLLL NO FEETS DON’T FAIL ME NOW and provide hilarious 'black people are different' style humor, but luckily all the embarrassing tone deaf Michael Bay-style lol ethnic shenanigans is pretty minimal. I’d venture to say that these new ghostbusters are much more developed characters than the originals. They have motivations and desires and backstories and everything. As opposed to the 1984 Ghostbusters, who were essentially just three random guys who decided to catch ghosts for no reason and a fourth guy who needed a paycheck.

Now the big disappointment. One of the things that I love about the original Ghostbusters is the lore. From Vinz Clortho rambling about the depths of the giant sloar to the Ghostbusters’ prison discussion about Ivo Shandor’s history to Egon’s off-hand references to Tobin’s Spirit Guide and the Spates Catalog, it always felt like Ghostbusters had a really deep and rich mythology bubbling right below the surface that the audience might not have been privy to but which really informed the tone of the film. (The Real Ghostbusters cartoon series really expanded on a lot of this, being one of the major reasons that series was so good.) The 2016 Ghostbusters doesn’t really have much of that. It’s pretty much going for pure comedy, so while the psuedo-science of the original film was internally consistent, the new movie rattles off jargon that’s clearly just supposed to be comical-sounding nonsense. When Ray Stantz talks about “full torso class 5 apparitions” in the 1984 Ghostbusters, you feel like he’s using real terminology that actually means something -- even if it really is all just gobbedlygook. When Yates and Gilbert describe ghosts or proton pack technology, it’s all just funny-sounding gibberish that you’re not supposed to remember. It’s just fake words that sound funny. The “realness” of the 1984 movies owed a lot to crazy ol’ Dan Ackroyd believing that they were making a documentary, and that’s really missing here. It’s not necessarily a bad thing. It doesn’t ruin the movie or anything, but it’s something that I missed.

It doesn’t help that the villain of the original was a Sumerian deity -- something that fit perfectly into the Ghostbusters‘ deep mythos -- while the new one just has a random guy who builds a machine to control ghosts. I guess they figured that the main draw of the film would be the interactions between the heroes, so they didn’t really need a compelling villain. But it still feels a little flat.

View This Journal and 8 Comments