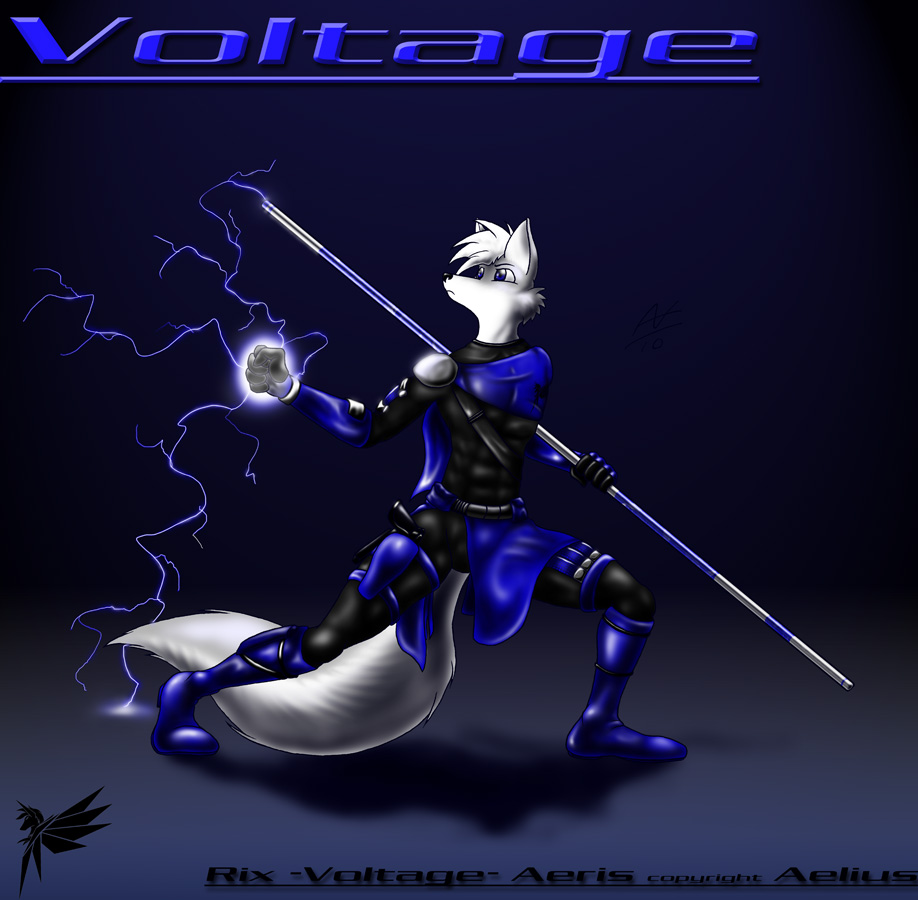 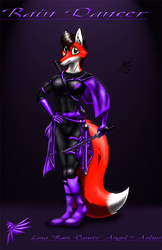 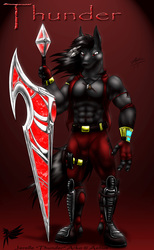 "Accuracy with firearms may be his weak point, but there's no doubting his capabilities as a melee fighter. He is a blackbelt, afterall..."

Power: Electrokinesis; can store and discharge lightning at will. This power also grants him the ability to detect electromagnetic fields, including those surrounding living beings.

Personality: Normally very quiet, reserved, and disciplined. Air has a hint of innocence paired with somewhat lagging self-confidence--he seems tame compared to most wolves, though will not hesitate to demonstrate his skills when circumstances call for them. Most of the time he is relaxed and mellow with a kind, forgiving heart. Never assumes, and only rarely speaks out unless he has something he feels is worth saying. He tries to avoid confrontation and even criticism, but not to the point to where he allows his personal beliefs to be infringed upon. He never judges based on first appearances, and demands the same from those around him.

However, he is yet to experience the horrors of war. No one's sure how well he'll take the new stresses of the battlefield.

Background: The firstborn son of a military-oriented rural family, Rix was raised in the Great Northern Forest of Taekarta. His family life was stable and practically non-descript; his parents loved him, he was on good terms with his little sister (often having the patience to deal with her spry personality), and had an adventurous friend in Terrik Mek'arrin.

From a young age, his father, Captain Elias, would often bring him into flight simulators at a local air base. Rix didn't even realize he was gaining advanced flight training; he simply assumed it was a fun video game, which paralleled one of his hobbies. Rix also displayed a unique interest in martial arts, inspired by his favorite movies. His mother had contacts in Echo City who would soon become his trainers, showing him the techniques of Jai'Kodu-Nu, a fighting style believed to have originated by Auran Sages.

In his free time, Rix would often spend hours hiking in the forest surrounding his home. His senses were honed first in the wilderness, then later in martial arts training and piloting. Terrik would accompany him many times and the two would spend entire afternoons (and later on in their lives, entire weekends) in the forest, making it their personal playground. As the years went on, this went from games of imagination to full-on parkour courses as they explored their surroundings. Terrik would also drag Rix along into various "adventures" that usually involved playful mischief with the threat of getting into trouble. Though Rix was always uneasy about some of Terrik's ideas, he usually went along with them anyway. This would get them into trouble more times than either would care to admit, but even Rix would say they had fun doing it despite his reluctance in participating. In addition, he also developed a vast interest in the legends of the Auran Sages; the mythological super-beings of Raikonia's past. He would pour over texts and movies about them, intrigued by their connection to the mystical and all the tales surrounding them. He admired the idea of supernaturally-gifted warriors fighting to defend the innocent. When Colonel Jerelle Arko happened to publish a detailed book about them, he spent hours reading, taking in everything he could find about the legends.

Rix's family would later move into suburbs closer to Echo City, allowing Elias to be closer to the military base ARC-1 in case he was needed. Rix adjusted quite well to the new surroundings; while crowds tended to intimidate him, Terrik was always there to put a smile on his face.

Such a stable life made him ill-prepared for the events surrounding the awakening of his Aura...

Here is the war-wolf of the R-Force, Rix Aeris. Compared to the others in the crew, he could probably be considered the most "normal" of the bunch. I designed him to be the story's everyman, but in doing so he always runs the risk of being boring, so it's a continual battle to make him as interesting as the others. This mainly comes in how he reacts with his teammates as well as the new situations he now finds himself thrown into due to his newly-awakened Aura. He's never had to face war and death before, and he's forced to do so in spite of all the pain.